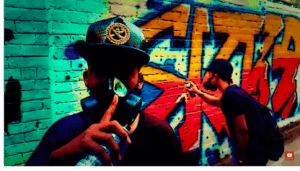 Bangladesh, which became independent from Pakistan in 1971, is a young country. Only 7 percent of the 160 million people in this South Asian country – which is home to more Muslims than Iran, Afghanistan and Saudi Arabia combined – are over the age of 60, according to a 2016 United Nations Development Program report.

It is young, but not hopeful. Youth unemployment is high in Bangladesh, especially among those with only a primary school education. According to a recent survey, 82 percent of young people are not optimistic about getting a job.

One consequence of this youthful unrest is religious radicalization. Once lauded for its secularism, Bangladesh is now seeing young peopleincreasingly adopt more conservative Islamic values. Though many conservative Muslims denounce violence in the name of Islam, religiously motivated crimes are on the rise. Since 2013, at least 30 secular bloggers, authors, intellectuals and publishers have been murdered.

But there is another story about youthful anger in this Muslim nation, too. And it contradicts that all-too-familiar narrative about radicalization. It’s the story of hip-hop.

Over the past 15 years or so, a new kind of musical activism has emerged in Bangladesh, one inspired by American rappers like Tupac Shakur, Eminem, NWA and Public Enemy.

The old school hip-hop icon Tupac Shakur – who was murdered in Las Vegas in 1996 – holds particular significance for Bangladeshi MCs. Like Shakur, who spoke of police brutality and racism in the U.S., Bangladesh’s young rappers want to use their music to criticize their country’s political dysfunction, democratic erosion, and gaping inequality.

Hip-hop was born as protest music in the United States. The genre emerged in the late 1970s, as black Americans raised their voices against poverty, police brutality and violence taking place in black communities.

Breaking the culture of silence

Over the past 12 months, I have listened to about 50 tracks by some two dozen Bangladeshi hip-hop artists. With this project, which grew out of my research on political Islam in Bangladesh, I hope to understand how this emerging underground genre reflects the youthful unrest that drives violence and radicalization in the country.

Though many Bangladeshi rappers rhyme about love, money and romance, there are several recurring political themes. One is the culture of silence around inequality.

“Everyone is silent … nobody is talking,” observes rapper Skib Khan in “Shob Chup.” The elite need inequality, he says, because “otherwise how will the rich get servants to serve their families?”

In Bangladesh, more than 60 million people – nearly a third of the population – live below the poverty line of US$1.90 per day. Twenty percent of Bangladeshis hold 41 percent of all wealth in the country.

Inequality is visible everyday in the slums of the capital Dhaka, arguably the world’s most crowded city. But it is ignored in the nation’s political debate.

“Shob Chup,” which translates to “everyone is silent,” frames the country’s inequality and disenfranchisement as a betrayal of the inclusive, secular and democratic ideals behind Bangladesh’s 1971 revolution.

Rapping for freedom of speech

Bangladeshi hip-hop, which is celebrated with an annual festival in Dhaka, is also a defense of free speech in a country where that right is rapidly eroding.

In 2013, the government amended the Information and Communication Technology Act to mandate a jail sentence of seven up to 14 years for online speech deemed “offensive” by the courts. Since then, 1,271 Bangladeshi journalists and activists have been charged with cyber defamation, according to the international nongovernmental organization Human Rights Watch.

A proposed new digital security law would impose even stricter regulation of speech.

In his track “Bidrohi,” or “rebel,” rapper Towfique Ahmed sees these crackdowns as a violation of Bangladesh’s founding ideals.

“I haven’t seen the war but I heard of it. I don’t know how to do revolution but my blood is on fire,” he raps. “Don’t take me as someone who is stupid because of my silence.”

Another group Cypher Project raps about the high-profile 2014 murder case in which security forces abducted and killed seven people in the Bangladeshi city of Narayanganj.

Bangladesh’s politics is bloody. By virtually any measure – political equality, freedom of speech, human rights, religious tolerance, press freedom – this is a country struggling with the most basic tenets of democracy.

Rappers’ criticism of Bangladeshi politics can be fierce.

One group, Uptown Lokolz has declared elections, which are held every five years, pointless. The “country’s situation changes in every five years,” they rap. Yet “whoever comes in the power … everything is lost under the curtains of self-interest.”

Rappers also indict self-serving politicians for the rise in religious violence in Bangladesh. In “White Democracy,” the rapper Matheon wonders “for how long religion would be subject of big politics … maybe I am a Christian but I understand your corruption.”

Research confirms that mainstream parties in Bangladesh have embraced religious zealotry for political gain, giving Islamic extremists more power. Religious radicalization is not a marginal phenomenon in Bangladesh: Studies have found that many who support terrorism in the name of religion come from a middle-class background.

The U.S.-based Bangladeshi rapper Lal Miah condemns politicians who foment religious zealotry as “frauds who are betraying the secular spirit of 1971.”

Towfique Ahmed has perhaps the most pointed critique. Bangladeshi politicians corrupting society for their own benefit, he says, are waging “false Jihad.”

Speaking truth to power in a time and place where that habit is strongly discouraged sends a powerful political message. Hip-hop in Bangladesh, as in the U.S., becomes protest music simply by unflinchingly portraying the harsh reality that too many young people live every day.

*“This piece, “Bangladeshi rappers wield rhymes as a weapon, with Tupac as their guide ” by Mubashar Hasan was originally published in theconversation.com on May 15, 2018.”

Mubashar Hasan earned a doctorate in Government and International Relations from Griffith University, Australia, and he researches and writes about politics, religion, sports, and music.  He is a Postdoctoral fellow in the Department of Culture Studies and Oriental Languages, University of Oslo.

Mubashar Hasan PhD is an Adjunct Research Fellow, Humanitarian and Development Research Initiative, Western Sydney University, Australia. He is the author of Islam and Politics in Bangladesh: The Followers of Ummah (Palgrave Macmillan, 2020). He is the lead editor of the Radicalization in South Asia: Context, Trajectories and Implications ( Sage, 2019) and co-editor of the forthcoming book Masks of Authoritarianism: Hegemony, Power and Public Lives in Bangladesh (Palgrave Macmillan, 2021).