“A foe’s words though seeming friendly

Can be read at once.” – Tamil Kural of Tiruvalluvar (trans. PS Sundaram)

In the hands of the Hindu Right, “decolonize” has become a contronym. In many academic and social justice contexts, the term retains its older meaning of undoing colonizing practices and deconstructing imperial structures and analytics. In this sense, “decolonization” involves centering both calls for equity and historically marginalized voices, especially from indigenous communities. But Hindu nationalists have increasingly used “decolonize” in recent years to describe their wide-ranging attempts to reinscribe colonial-era ideas and logic, ranging from specific propaganda about premodern Indian history to British-designed knowledge regimes regarding the control and manipulation of information. Hindu nationalist usages of “decolonization” involve substantial slippage, but a recurrent feature is inverting the term’s original meaning so that it invokes colonial epistemology. In what follows, I unpack some of the contours of Hindu nationalist “decolonization,” meaning attempts to impose colonial ideas and tactics on India’s past, present, and future. I argue that proponents of the political ideology known as Hindutva actively try to restrict knowledge, often drawing from the colonial toolkit, and, in so doing, champion ideological control as a virtue.

It is relatively unsurprising that Hindu nationalists draw from the playbook of colonialists regarding strategies for molding Indian identity. After all, the early ideologues of Hindu nationalism or Hindutva ideology imitated colonial powers in numerous ways. The largest Hindu nationalist group, the paramilitary Rashtriya Swayamsevak Sangh (RSS), was founded in 1925 and modeled itself on similar movements in early-twentieth-century Europe. RSS members even wore khaki pants in imitation of the British constabulary. Early Hindu nationalist leaders did not identify the British as the major threat to India and so mainly sat out the struggle for independence. Instead, early Hindu nationalists vilified Muslims as their major enemy, in accordance with what their British colonial masters had taught them. In brief, Hindu nationalism is inconceivable without colonial-era models, including British colonialism within South Asia specifically, and yet European-led colonialism is now part of India’s past (settler colonialism, sans Europeans, is part of India’s present, as discussed below). Indians gained their independence from the British over seventy years ago, but they now face robust Hindu nationalist attempts to force feed them colonial-era ideas under the guise of promoting “decolonization.”

Regurgitating Colonial Visions of the Past

During British colonial rule, European thinkers recast the Indian past to cultivate a narrative that would arrive at the colonial present. A foundational piece of this propaganda project was to introduce a new tripartite periodization to Indian history: Hindu rule, Muslim (or, as many colonial-era thinkers referred to it, Mahommedan) rule, and British rule. James Mill introduced and established this division of time in his 1817 three-volume History of British India. Mill’s title fore-fronted his ideological commitments. He further underscored in the first paragraph of his preface his intention to produce “knowledge, requisite for attaining an adequate conception of that great scene of British action.”

Mill’s approach to Indian history was part of a set of British strategies for creating specific kinds of knowledge pursuant to effectively ruling India as a colony. Notably, Mill and many other Orientalists divided Hindus and Muslims, historically and in other ways, simultaneously defining and constricting Indians by broad religious identities that were projected as in perpetual conflict. Colonial-era thinkers also set the British apart, using their version of Indian history as a background against which to highlight “the supremacy of the British Government” as compared to prior Indian rulers, especially Muslims. This periodization and way of thinking had no precedent on the subcontinent among numerous premodern knowledge systems in Tamil, Sanskrit, Persian, and other languages. Explaining this epistemological break, Dr. Manan Ahmed has put it thus, “It is absolutely in opposition [to the medieval episteme] in the sense that the colonial episteme as a project has to create a political forgetting, it has to naturalise itself. British India has to become a natural category.” In brief, the British abused history to create the India that they wanted to rule. This colonial way thinking has been inherited and regurgitated, with much gusto, by today’s Hindu nationalists.

One poignant example of the Hindutva embrace of colonial ideas about Indian history is the University Grants Commission’s draft history syllabus for undergraduates that was unveiled in 2021. The BJP-directed syllabus might as well have been written in 1921, or even 1821. The syllabus relies on James Mill’s 200-year-old and long debunked tripartite division of Indian history, a framing rightly objected to by the Kerala History Congress. It also repeats aspects of Nazi racial theories, a point condemned by prominent Indian academics. Indeed, historians across India deemed the proposed syllabus so unscholarly and outdated that they called for it to be scrapped. One historian at Jawaharlal Nehru University in Delhi described it as “extremely political as well as childish.” The University Grants Commission’s history syllabus is openly national, arguing in an opening paragraph that “there can’t be a nation without a past.” Critically, the nation imagined through this syllabus is a photocopy of India as imagined within the colonial episteme. Such a project can only proceed in the twenty-first century if Indians are compelled to collectively, or at least overwhelmingly, forget two centuries of advances in historical thinking. Indeed, commenting on this syllabus, a historian at Aligarh Muslim University observed: “Research done over the past 70 years has been completely ignored. It appears we are back to the era of colonial historiography.” 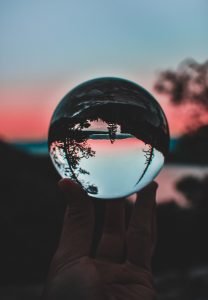 In addition to erasing decades of (in the literal sense) post-colonial scholarly thinking, Hindu nationalists also try to deny lived experiences at times, such as in Kashmir. Hindu nationalists advocate for and engage in settler colonial practices in Kashmir, which has been disputed territory since the independence of India and Pakistan in 1947. Under international law (and by the initial agreement of the Indian state), the people of Kashmir have a right to self-determination and should decide their own political future. However, India has long infringed on the rights of Kashmiris during a decades-long occupation of part of the region. The BJP-led Indian government has significantly accelerated a settler colonial agenda in Kashmir by revoking articles 35a and 370 of the Indian constitution in 2019. This move, among other things, opened the state of Jammu and Kashmir—the only Muslim majority state in contemporary India—for settlement for non-Kashmiris.

The Indian government accompanied the 2019 changes in Kashmir’s status with a harsh lockdown of the region that involved arrests as well as a seven-month communications blackout, followed by an additional eleven months of internet restrictions. This extended lockdown underscored how the Indian state considers it essential to control information within and about Kashmir, a region that underwent more than 200 communications blackouts between 2012 and 2020. The current BJP government has often invoked colonial-era laws and tactics in lockdowns and other attempts to curtail information flow more broadly. The Kashmir situation offers an extreme case of the Hindutva investment in ideological control, specifically in their recent treatment of textbooks in the region.

In early 2020, the Indian state attempted to weaponize school textbooks to spread disinformation about the lockdown (initiated in August 2019) in direct contradiction to Kashmiri lived experiences. Cooking the history books is nothing new for Hindu nationalists. But the 2020 changes in Kashmir were notably brazen in teaching about an event that everyone had lived through the prior year, namely the revocation of articles 370 and 35a of the Indian constitution, without mentioning the communications blackout or detentions that were critical to their unveiling. Moreover, these textbooks were introduced while Kashmir was still subjected to the Indian state’s information restrictions designed to dissuade dissent. This Orwellian move by the BJP-led Indian government strove towards a kind of official forgetting. India’s Hindu nationalist government was unable to control what Kashmiris knew, since they were still enduring an Indian occupation accompanied by harsh tactics daily. But the state could control what was designated as knowledge and allowed to be printed within officially sanctioned textbooks. They elected to institutionalize willed ignorance as a bedrock of official Hindutva knowledge within and about Kashmir.

Looking forward, Hindu nationalists seek to continue molding India into a Hindu Rashtra, an ethnonationalist homeland whose dystopic features they attempt to hide from much of India’s population. Hindutva ideologues project many fictions about India’s future, including the basic idea that it will present a better life for most Indians. In reality, Indians are already suffering under the tightening grip of Hindu nationalists, who are actively eroding freedom of the press, civil society, human rights, and human freedom overall. Hindu nationalists do not want Indians to glimpse where their nation is likely headed, which is why they have driven human rights watchdog groups out of the country and relentless persecute journalists. These actions do nothing to change the oppressive reality on the ground, but they substantially restrict knowledge about Hindutva activities and their negatives impacts on Indian citizens. Such restrictions have substantial impacts abroad, such as when Western groups that monitor religious freedom are prohibiting from entering Indian territory and so are unable to conduct on-the-ground research. But controlling knowledge generally works best at home, and the Indian state is currently accelerating its online censorship within Indian borders. The result is a fundamentally colonial division of the world, where the kinds of information available to everyone else are marked as invalid knowledge—or even barred altogether—within Indian borders.

The antidote to ideological control is critical thought, but that is perceived as a threat by Hindu nationalists whose project to remake India can only succeed if many Indians know little about their past, present, and future beyond Hindutva propaganda. Telling people that they should be ignorant is often unpopular. It can be more appealing if one makes “Don’t Look Up” a mantra for a collective identity that is defined in opposition to a hated group that values knowledge. Expressing something of this disdain for critical assessment, S. Jaishankar, India’s BJP Minister of External Affairs, remarked in 2019 regarding India’s reputational loss due to its actions in Kashmir: “My reputation is not decided by a newspaper in New York.” Some buy into such nationalist chauvinism and the affective community it is designed to create. But it remains a liability for Hindu nationalists to push their followers and other Indians to embrace ignorance and outrightly reject being part of global conversations. Here the language of “decolonization” proves useful because it offers a palatable rhetoric that can make the unthinkable seem virtuous, at least until you realize the term’s inverted Hindu nationalist meaning.

I thank Supriya Gandhi and Dheepa Sundaram for comments on an earlier draft of this essay.

Audrey Truschke is Associate Professor of South Asian History at Rutgers University in Newark, New Jersey. Her research focuses on the cultural, imperial, and intellectual history of medieval and early modern India as well as the politics of history in modern times. She is the author of three books and is currently working on a single volume history of India with the support of a National Endowment for the Humanities Public Scholars grant. Audrey believes in talking about history outside the ivory tower, and so you can find her on Twitter (@audreytruschke).