Warning: Undefined array key "subscription" in /home/customer/www/shuddhashar.com/public_html/wp-content/plugins/cookie-notice/cookie-notice.php on line 296
 Democracy and Democratization: The Road Ahead, Three Decades after 1989 - শুদ্ধস্বর Skip to content
Share this: 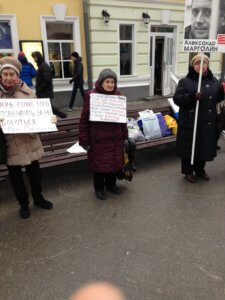 In the year when we are marking the thirtieth anniversary of both the bloody suppression of protests in China and the fall of the Berlin Wall, we need to take stock of the remarkable progress that democratization has made around the world since 1989. However, we should also be mindful that that progress stalled at the end of the 1990s. Since then, a second model proved to be highly viable – namely, resilient authoritarianism, which combines high levels of economic performance and charismatic leadership with a steadfast refusal to implement democratic reforms beyond, at best, imperfectly competitive elections. Because this model has regional champions (China, Russia, Venezuela, the oil-rich Persian Gulf monarchies, and Turkey) that help inspire and support client regimes, any assessment of the prospects for the spread of democracy would have to evaluate the likelihood of regime breakdown in those regional champions. This short essay concludes by arguing that China and Russia, which are the two most influential exemplars of resilient authoritarianism, remain strong. This makes it difficult to be optimistic about the progress of democracy around the globe in the next 5 to 10 years.

Democracy and Democratization since 1989

1989 was a year of contrasts. One of the signal failures of that year was the bloodshed in Tiananmen Square. On the other hand, 1989 also brought us the unthinkable collapse of communism in Europe. It was that second event that occupied the minds of Western politicians, who felt that the end of history had arrived.[1] This optimism informed American foreign policy in the 1990s, which was aimed at promoting democracy abroad. It seemed like the only way forward involved the holy trinity of democracy, free markets, and the rule of law. Countries like China, which survived the democratizing wave of 1989, appeared brittle and destined to fall. The 1990s provided ample support for these beliefs. According to Freedom House, which produces annual evaluations of the state of political rights and civil liberties, the share of countries in the world that were “free” increased from 35.8% in 1988 to 45.5% in 1998.[2] In sum, the initial decade after 1989 saw the triumph of freedom and democracy around the globe.

A very different trend emerged during the second decade after 1989. At first, it was not clear that the spread of democracy had stalled. Momentous events like the Color Revolutions that engulfed various successor states of the Soviet Union, seemed to indicate that democracy-promotion efforts were bearing fruit. However, these revolutions did not result in consolidated democratic regimes. At the end of the second post-1989 decade, the share of countries ranked as “free” by Freedom House had increased only marginally, from 45.5% in 1998 to 46.1% in 2008. At best, democracy promotion was in stasis. We now know that, instead of a plateau in democratization, the 2000s ushered in the much more worrisome trend of democratic recession. In 2018, at the conclusion of the third post-1989 decade, the share of free countries around the world declined to 44.1%. This recession occurred despite the Arab Spring and opposition electoral victories in countries like Myanmar and Malaysia. The global environment today looks much less conducive to the spread of democracy than it did back in 1989. What might explain this?

The key development has been the rise of resilient autocracies, which are nondemocratic regimes that have survived serious internal or external threats to their existence.[3] One set of examples comes from single-party communist regimes like Cuba and North Korea, which have defied numerous predictions of their imminent collapse for the past three decades. Another is from noncommunist autocracies like Venezuela and Syria, whose rulers have proven adept at staying in power despite civil war and widespread protests. We should also note the oil-rich Middle Eastern monarchies and Iran, all of which survived Arab Spring without experiencing regime breakdown. The last decade has also brought us a growing tide of anti-elitist, anti-establishment, popularly elected leaders in places like Hungary and Turkey. Orban and Erdogan have gradually hollowed out the democratic institutions that brought them to power and have established durable populist regimes. The world today seems much more hospitable to autocrats of different hues than it did thirty years ago.

Resilient Authoritarianism in China and Russia

More than accomplishing mere regime survival, resilience requires continuous adaptive governance changes.[4] As China and Russia are the most prominent examples of countries that have implemented these adaptive changes, their record deserves to be highlighted. Although both are resilient, differences in their political systems dictate the types of adaptations that are needed to survive. Russia is a multi-party authoritarian regime that allows some limited forms of political competition. This has meant that Putin has taken seriously the importance of generating popular support for his policies and has done so through a combination of social spending and assertive foreign policy aimed at restoring Russia’s status as a great power. Importantly, both the annexation of Crimea and Russia’s involvement in Syria came when Putin’s popularity was declining. For China, social spending is also an important tool for ensuring regime resilience. Yet in contrast to Russia, as Chinese leaders do not stand for reelection, there is less of a temptation to generate popular support by engaging in reckless foreign policy initiatives. Perhaps the most consequential difference between the two models of resilience is that popular autocrats who operate in multi-party nondemocratic regimes with some limited competition (like Putin’s Russia) rely less on repression than do their counterparts who rule in fully noncompetitive regimes.[5] The corollary is that, to the extent that most contemporary autocrats have accepted the necessity for some level of competition, the typical authoritarian regime today is softer than its paradigmatic historical predecessors.

When assessing the likely path forward, we need to be mindful of a technologically enabled development that increases the likelihood of regime breakdown but has no demonstrable positive effect on the prospect for establishing democratically consolidated regimes. This is the impact of social media on protest initiation. Prior to 1989, protests were a relatively rare phenomenon. The reason for that was that protest organization in the analog age was a laborious process that involved the identification of other individuals who shared the same grievance, who could then be organized to protest against the regime. Take the example of the 1989 Velvet Revolution in Czechoslovakia, whose antecedents can be traced to the suppression of Prague Spring in 1968. Although they formed very slowly, protests in the analog age had a clear leader and a guiding ideology. To go back to the Czechoslovak example, the revolution of 1989 was led by Vaclav Havel and had the principles of Charter 77 as its ideology. Contrast this with the situation since the spread of social media, where protests form instantaneously but lack leadership and a coherent ideological foundation. This leads to events like Arab Spring, where angry citizens quickly dislodge incumbents but do not succeed in sustaining a unified movement that can then lead to the creation of a new political party that is able to establish a consolidated democracy. The eventual outcome of Arab Spring, which engulfed a half-dozen states but led to democratization only in Tunisia, attests to the inefficacy of mass protests as a tool for democracy promotion today. Mobilization has become very easy in the age of social media, but lasting political change remains elusive.

What can we say about the prospects of democracy in the next decade? Some potential signs of hope include opposition victories in Malaysia and Armenia in 2018, as well as the unseating of incumbents in Algeria and Sudan in 2019. The opposition victory in the municipal elections in Istanbul in June 2019 is also a welcome development. But as Venezuela attests, opposition victory is not always sufficient for regime change: Maduro has held on, despite protests and military defections. Sometimes, charismatic opposition leaders hailed by the West, like Myanmar’s Aung San Suu Kyi, can prove to have dictatorial tendencies once elected to office. To complicate matters further, unseating an incumbent can bring civil war and state failure, as demonstrated by the cases of Iraq, Libya, and Yemen (alas, it looks like this may be the eventual fate of post-Bashir Sudan as well). Successful democratic consolidation requires building stable institutions. This is not an easy task.

Overall, even if all of these countries were to democratize, the effects would be moderate; the key states are Russia and China, and they look stable. When it comes to Russia and China, we can say that they have successfully weathered various crises. For example, Putin’s reaction to declining economic performance in the 2010s was to gain popular support through risky foreign policy maneuvers. In turn, China responded to the global financial crisis by unleashing a massive fiscal stimulus. Both countries have survived and, as America has been gradually retreating from its commitment to democracy promotion, Russia and China have become more assertive in international relations. What Russia and China want is to build global networks of support for their models of governance. As China’s economic prowess has grown, it has used financial tools like the Belt and Road Initiative to promote its global influence and to cultivate client states around the world. But both countries are also relying on what scholars have called “sharp power,” which involves impacting foreign public opinion by cultivating friendly politicians and by ensuring positive media coverage.[6] China has been considerably more adept than Russia in creating such a positive international image. The success of these initiatives will determine, to a large extent, the international environment in which these countries operate. Cultivating a non-hostile climate for the largest autocracies on the planet is at odds with a democracy promotion agenda.

This short piece is ending on a pessimistic note. Although democracy made significant strides in the initial decade after 1989, the 2000s and 2010s have witnessed a democratic recession and the rise of resilient authoritarianism. China is the most prominent example of this trend, where the communist party has continuously defied expectations of its imminent collapse. Russia is also important, as it has closed in on its second decade of rule by a popularly elected autocrat. The demise of authoritarian rule in either country will have significant ripple effects for democracy promotion around the world. Yet, both regimes look strong. However, political scientists have often been wrong in their assessments of the stability of authoritarian rule. The collapse of communism in 1989, an event that was largely unanticipated by the scholarly community, stands as the prime example of the limitations of our analytic models. Perhaps this is another case in which a scholar would be proven wrong in his predictions about the future.