Warning: Undefined array key "subscription" in /home/customer/www/shuddhashar.com/public_html/wp-content/plugins/cookie-notice/cookie-notice.php on line 296
 From Citizen to Termite: The Case of the “Bangladeshis” in Assam - শুদ্ধস্বর Skip to content
Share this: 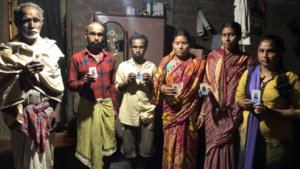 Citizenship is a vexing problem in Assam; detection of “illegal” immigrants is a long-standing demand of the Assamese people. Updating the National Register of Citizens (NRC), a unique political project in Assam, was started in 2013 by the Congress government. The process continued in the Bharatiya Janata Party (BJP) government’s tenure when it became a highly politicized and divisive issue. In December 2017, the first list of citizens was published and, again, in June 2018 an amended second list was released. Four million of the 32 million people were not on the rolls. Overnight the excluded people were transformed into illegal “infiltrators”. According to Amit Shah, the BJP party president, the ghuspaithiye  (intruders) and kire  (termites) had infiltrated from Bangladesh and he is determined to remove them. The category called ghuspaithiye  Bangladeshi comprises both Hindus and Muslims, but the government has proposed to make the Hindu immigrants citizens under the proposed Citizenship Amendment Bill (CAB) and deport the Muslim Bengalis.

The demographic reengineering of Assam on the grounds of religion is worrisome; it would certainly result in long lasting negative outcomes. One of the obvious casualties will be the Assamese community, which is a multi-religious, multi-ethnic, plural community constituted by Hindus, Muslims, Christians, Buddhists and several nonformal religious groups. This variety was historically blended together by the shared Assamese language that gave them their social and cultural identity. The blended (xanmiholi)  Assamese that survived for centuries on the sustenance of fellow feeling (xampriti) would dissipate and die under the pernicious religious casting of CAB. For the BJP politicians remaking a new alliance between the Assamese and Bengali, as Hindus, is a political strategy for ensuring their power and electoral success in Assam. BJP wants to create its hegemony on made up tales of Bangladeshi “termites” attacking Assam. The trivialization of humans into subterranean scavengers decomposing Assam is cheap mockery, but in the theatre of politics hate becomes an exaggerated rage for inciting the public; religious polarization is its effective tool. The fear of loss of land to the immigrants, lack of economic development of the state, and the new yarn of religious identity spun by the BJP have made the Assamese succumb to a false interpretation of history as advocacy of their rights. The boundaries between history and yarning becomes fuzzy in consequence.

Yarning as an act of making community is a political thing, as Greg Dening argues.[1] Assamese yarning required the rewriting of history. Drawing from the buranjis, the local chronicles, historian S.K. Bhuyan plotted a narrative of the Assamese pitting the Mughal army or bongals  against them. In Bhuyan’s imaginative history the bongals  of the buranjis  were ethnicized as Mughals and, in turn, Muslim invaders. His yarning had two motives – highlighting the defeat and expulsion of the Muslims from Assam, and creating a new story of Assamese bravery against intruders. Bhuyan’s narrative history developed and sculpted after his studies in England reflects a colonial mentality fixated on categorization and division; there was no place for the fuzzy xanmiholi  history of the Assamese. The Muslims were introduced in Bhuyan’s story as a separate community settled in Assam, but they had foreign roots. The yarn of separation between the Assamese and Muslims was popularized and inscribed in history textbooks.

Then there was the yarn of Bengali invasion created by the British colonial administrators. After making Assam into an independent province in 1874, the colonial government also had to make it economically viable for profit. But they were not impressed with the Assamese nor the tribal people whom they dismissed as degenerate, stupid, lazy, and barbaric. The colonials sought out East Bengali cultivators to increase agriculture production, while the colonial investment in tea, coal and oil production increased Assam’s contribution to the capital worth for empire. The immigrant communities from East Bengal were given financial support; each émigré received Rs. 5 and was provided with a train ticket and allurement of land to move to Assam. Simultaneously, in 1920 the administration introduced a “line system” separating the Assamese and the plains tribes’ communities from the Mymensinghia Mohammedan immigrants. They were not allowed to occupy submontane high land but were confined to the lower level river banks and wasteland, which they actively cultivated and increased Assam’s agricultural productivity. Their population grew in consequence. The main thrust of immigrant settlement occurred during the partition of Bengal, 1905-11 and, again, a decade before independence in 1937-46 under the scheme of “grow more food”.

But the condition of the immigrants remained precarious. Seasonal monsoon floods, the changing course of the river Brahmaputra and its tributaries, and environmental factors impacted their lives, often forcing them to migrate in search of arable land elsewhere. In today’s interpretation, they are economic and environmental refugees, but in 1931 C.H. Mullen interpreted the Mymensinghia  movement for land as an “invasion” against the Assamese culture and civilization. What is interesting about this comment is that it shifted blame away from the colonial administration and its policies of importing cultivators for capitalist agriculture, to a group, which was identified in religious terms—Mohammedan. The official yarn of the Mohammedan peasant invasion did not disrupt the sensibility of the ordinary Assamese though; their culture of xanmiholienabled them to accept the settlers as a group of “new Assamese”.  They shared the common condition of poverty.

At the third level of yarning was the Indian National Congress politicians who dramatized the loss of power of the Assamese to the Mymensinghia  Mohammedans. Sir Syed Sadullah of the Muslim League (was Assam’s premier intermittently from 1937-1946) was blamed for increasing the Mohammedan immigrant population and using them as a vote bank. The decibel of anti-Mymensinghia noise grew in its crescendo in the postcolonial period after each new census report showing a growth in the Muslim population. In 1951, 25 percent of Assam’s eight million people were recorded as Muslim. The 2001 census showed a larger growth, Muslims constituted 30 percent of the twenty six million people, and in 2011, the last census, the Muslims were 34 percent of the thirty two million people.[2] Whether the growth of Muslim population is exceptional is a debatable issue. But this does not matter. The politics in the decades following the independence of India exhibits how the yarning emplotted community narratives aimed at dividing and parsing religious groups. The rhetoric of detection, deletion, and deportation of Muslims is now everywhere in Assam.[3]

Integration and Disintegration of the Muslims: The “Assam Agitation” and Beyond

India’s independence from British colonialism did not herald the benefits of full citizenship to the people of Assam. Underdevelopment was government policy for the “Northeast frontier”. Successive Congress Party governments led by Gopinath Bordoloi, 1947-50; Bishnu Ram Medhi, 1950-57; Bimala Prasad Chaliha, 1957-70 made identity and not economic issues a public concern creating the discourse of an “enemy within.” The immigrant Bengalis were deemed the enemy.

Those who have studied the development of the Assamese language are aware of the Mymensinghia  Mohammedan communities’ contributions to the language. They supported it by establishing Assamese medium schools and actively learning Assamese. A Bengali Muslim farmer, Osman Ali Sadagar participated in the 1917 inaugural session of the Assam Sahitya Sabha(Assam Literary Society) and made a substantial financial contribution. In 1948, the Mymensinghias  declared Assamese as their mother tongue. This increased the Assamese-speaking communities from 31 percent in 1931 to 56.7 percent in the 1951 census enabling Assamese to become the official language. The Bengali Hindu immigrants, on the other hand, resisted the Assamese language, compelling the government to recognize Bangla as the second official language in the Barak Valley. The Assamese-versus-Bengali controversy morphed into language riots in the 1960s. In the 1970s, the Assamese rage took another turn. With the support of the chief minister Golap Borbora of the Janata Party, a few bureaucrats convinced the student leaders that the Bengali Muslims were the problem; they were “Bangladeshi land grabbers” who were illegal and must be evicted from Assam.

The Assam Movement that commenced on June 8, 1979, put forth the demand for economic, cultural, and social justice, and the “removal of all outsiders” (bohiragoto kheda).  The Assamese claimed Assam exclusively for themselves. To the Bengali Muslims, their designation as “Bangladeshi” came as a surprise. There were many outside forces involved in this movement.

The Hindu ideological organization, Rashtriya Syamsevak Samiti (RSS) and the political party, the Jana Sangh were working in Assam since 1946. With the rise of the Assam Movement, the RSS decided “that Hindu migrants would be given the refugee status, but the Muslims would be regarded as foreigners.”[4] The Assamese newspaper Alok  became the RSSmouthpiece spreading the story of Muslim invasion. Referred to as miyah  (from Mymensinghia),  Assamese were expected to hate and detect these illegals. Violence followed. The massacres in the villages of Nellie and Sawulkhowa in 1983 left more than 10,000 dead Muslims.

Religious politics kept growing and widening the gap between communities; in 2016 the BJP formed the government. The NRC process became a weapon against the vulnerable Muslim communities. However, when the rolls were published, the vast number of illegal noncitizens were from the semi-Hinduized communities, like the Matuas, Gorkhas, adivasis, etc who had migrated after 1971. To address this unexpected problem the BJP government has introduced CAB claiming Hindus are persecuted in Bangladesh. Combatting the government’s divisive efforts, Assamese individuals and grassroots organizations are resisting the communalizing of citizenship and seeking solutions within humanitarian parameters. One of the areas of redress is providing legal assistance to the so-called D-voters, or “doubtful citizens.”

The government and its supporters are not eager to see the resurgence of a people’s unity. The Assam Public Works (the grand-daughter of historian S.K. Bhuyan is involved) and several RSS affiliate organizations are demanding the deportation of illegals while supporting CAB. Humanistic intervention is urgent in Assam. The Assamese have to make a choice between its xanmiholi  past enabling people to live in peace or the current Hindutva ideology. Memory andvision have to come together for a peaceful Assamese future.

Yasmin Saikia is the Hardt-Nickachos Endowed Chair in Peace Studies and a professor of history at Arizona State University. Her research focus is on memory and identity, nationalism and violence, people’s peace and everyday ethics in South Asia. She is the author of the award-winning books, Fragmented Memory: Struggling to be Tai-Ahom in India (Duke, 2005) and Women, War, and the Making of Bangladesh: Remembering 1971(Duke 2010).

[3]‘Congress and the Leftist have scared people on the issue of Citizenship Bill,’ interview with Sarbananda Sonwal by Abishekh Saha, Indian Express, April 14, 2019 (epaper.indianexpress.com/2111445/Delhi/April-14-2019#page/7/2)