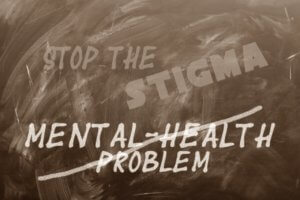 Success, success, and success. This is all I see whenever I look at social media. Someone is getting a job; someone has a successful start-up; someone is being called by top universities around the world. Everyone is doing great, and those who aren’t, I honestly don’t see them much. Or probably they don’t post bad news – who knows.

At least that is what I thought for a long time, but I was wrong. All those happy faces we see? They aren’t actually that happy. The struggle they face to keep up with their success is immense, and most of them lose themselves while doing so. And those people who don’t show up on social media, they already fell out of the race or are in the struggle phase.

Recently I was talking to a senior who has a scholarship to study abroad at a top university. Everyone, including me, assumed his life was great until he told me about his stress and mental breakdowns from trying to finish his education there. He clearly is depressed, but when I suggested he talk to psychologist, he just laughed. And it’s not just him. The stress — it’s everywhere in many of us. Maybe in you, or maybe in me.

Others I know roam around in good clothes, eat good food, go to good schools, and have all their basic needs met. But they have family problems. Not only family issues but also teenage relationship problems, traumas from horror events, from getting bullied, and maybe many other problems that they just can’t talk about. I have seen them go to their parents, literally begging them for a psychologist, but all they get in return is laughter.

Being a doctor’s son, I have never had any issues regarding my physical health or treatment. Whether it’s a small fever or anything big, my parents worry about me, take me to the best doctors, and get me the best treatment. In the society I belong to, almost everyone receives excellent healthcare for our physical health. But when it comes to mental health, we honestly just don’t bother.

I was talking to a teenage drug addict a few days ago, and he explained how drugs help him to release his stress and pull him out of the eternal sadness he feels. When I asked him why he doesn’t simply go to a psychologist, his answer was, “Am I mentally ill or crazy that I need a psychologist!?”

This kind of thinking is pervasive in our society. We all grew up learning that we must hide our mental weaknesses at any cost. But is it actually worth it? This is something we must genuinely think about.

Even when I talked with the psychologist in my college, she said that people are unwilling to open up. Everyone fears being tagged as mentally ill or “crazy.” So, they simply hide it and do more harm to themselves. We have grown up believing that if we are able to hide it, then it’s totally gone because it’s all in our mind. But we don’t realise that because this stress and depression are in our mind, we allow them to destroy us emotionally and mentally through our avoidance.

Depression is like cancer but a lot slower version. As cancer is physical, we diagnose it and take treatment. We know that if it’s diagnosed at an early stage, there is a high chance of getting cured. The exact same thing goes for depression too. Depression slowly kills a person mentally and takes him toward suicide.

You might think it’s not an easy task to commit suicide, but if you see the suicide rates, you’ll be shocked by the numbers. I was. Even worse, the current suicides aren’t motivated by the same problems as we’ve seen in the past. Killing yourself because of betrayal, bankruptcy, or being cheated are not the main reasons anymore. Nowadays, those who are dying this way are educated. They are all in great position socially and appear very successful in life. But they aren’t aware that all their stress and efforts to succeed come with serious costs. They are questioning existence; they are questioning life. Is all this actually worth it?

You’ll see someone laughing with you today, and the next day they are gone. And this is a lot more dangerous than you can ever think. We are reaching a point where we can have loads of talented and successful human beings but not happy ones. Because it’s not just those individuals who are dying; it’s each one of us who asks if it’s all worth it or not.

And yet mental health and its treatment is a luxury to us. A generation full of depressed youngsters who definitely seek a professional to speak with who will advise them or at least just listen to them when they want to open up. But whenever we call it mental treatment, everyone just backs off because we assume this is only for lunatics. If being a lunatic is the cancer of mental health, then by avoiding your mental issues, you allow it to take over and destroy you.

So, this is high time we should realise that mental health ain’t no silly matter, and we must talk about it. We should learn the fact that being sad is totally normal, and not being in a proper mental health is also a part of life. But just because it is a part of life and it’s okay doesn’t mean we don’t need to work on it. We should definitely work to fix it just like we would any physical illness.

Unless we do so, we will see more people dying from suicide because of depression. And trust me, our “it’s okay man” – “it will pass with time” – “life’s good” – “be positive” lines won’t change anything. When someone has started questioning existence, there is no one more vulnerable than him.

So now it’s up to us to decide if we are going keep the stereotypes that mental health is luxury or only for lunatics. In this world full of depressed but talented youngsters, is being mentally healthy going to be rare, or are we going to take the matter seriously and eliminate the stigma?