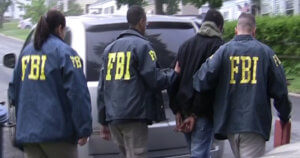 In the Western world, the discourse on Islam has been dramatically shaped by contentious debates on the role of the state. The proliferation of radical ideas among the European-Muslim millennials and recent terrorist attacks across Europe has catapulted fringe right-wing views into the mainstream psyche. There is a rising trend in the popularity of the far-right political parties who champion these ideas. The current scenario in the Western world is pretty much an evocative picture of the pre-Second World War era of political turmoil. The shadow of a disintegrated European Union looms on the horizon. Across the Atlantic, Donald Trump rose to power hurling disparaging remarks towards Muslims while promising a Muslim ban and extreme vetting of the Muslim immigrants.

In these altercations, the culturalists and the reformists, the two different schools of thought, gained prominence, albeit in different circles. In their attempt to dispense with the problem of “Radical Islam”, they offer very different connotations of the words ‘Islam’ and ‘Muslim’.

The Western right-wing culturalist ideologues, championed by ethno-nationalists parties, maintain that the nature of a human being is mainly determined by their cultural upbringing. From the culturalist perspective, coexistence with immigrants, especially those coming from Muslim countries is impossible, unless they renounce their heritage—from religion to cuisine. The alternative is repatriation to their home countries.

“Both groups profess a totalitarian doctrine, with complete and final answers to all questions on heaven and earth;…The traditional Islamic division of the world into the House of Islam and the House of War, two necessarily opposed groups, of which- the first has the collective obligation of perpetual struggle against the second, also has obvious parallels in the Communist view of world affairs.” 1

The portrayal of Muslims as a homogenous group and Islam as a totalitarian idea is a fictitious one and rather incongruous with the vast ethnic, linguistic and cultural nuances among the followers of the world’s second-largest religion. These incorrigible views have a totalitarian disposition of their own and are very much antithetical to Western humanistic values. Furthermore, they are often brought to the fore while defending Western interventions in the Islamic world and perpetuating Israeli aggression on Palestinians.

In recent decades, reformist groups, spearheaded by young Muslims born and bred in the West, have gained much attraction, especially in the Western left-liberal circle. These reformists denounce the culturalist position arguing that the retrograde Islamisation measures and perversions of the pre-modern Islamic jurisprudence are, instead, responsible for this apparent cultural conflict. They reminisce about the Hellenisation process of the Islamic civilisation and the lost tradition of cultural borrowings from the West during the Golden Age of Islam. Between the extremists and modernists, the Muslim world is enmeshed in a struggle for Islam’s soul, they argue. In curtailing the threat of Islamist extremism, the reformists proffer a ‘war of ideas’ that the West should launch in shaping the Muslim identity into an anti-extremist mould.

“We’re currently faced with two entirely different challenges – facing down Islamism and jihadism on the one hand, and advancing human rights and democratic culture on the other.” 2

Despite its promises, the reformist proposition is not immune to scrutiny. The reformists are often willing to utilise the state apparatus to construct a hermetic version of Islam that will help Western states better control their Muslim citizens. It is an act of political expediency that totally ignores the complex formation of the multifaceted Muslim identity. On the contrary, it hands over to the Western states the prerogative to define an official version of Islam.

Muslims between a rock and hard place

A state-endorsed version of Islam contravenes the much-vaunted “Separation of Church and State” principle of secularism which prohibits the state from meddling in religious affairs or endorsing a particular religious view. The servile Muslim reformists, with state patronisation, often end up silencing legitimate concerns over Western foreign policies. Western parameters thus shape the contour of the supposed ideal Muslim citizen—a Homo Islamicus, who is timid and obsequious. The Muslim mavericks, who dare to challenge the provisos of this official reformist agenda, see their civil and political rights circumscribed.

Both the culturalists and the reformists endorse a counter-radicalisation program designed especially targeting the Western Muslim milieus. These measures provide the state security apparatus with the leeway to prop up the legitimacy of the mass surveillance programs on its Muslim citizens. Moreover, these programs are shrouded in secrecy, fallible and often devise subterfuges that do little to curtail terrorism, rather push Western Muslims towards extremism.

In the United States, the provocateurs employed by the FBI not only encourage their Muslim targets to carry out terrorist attacks but often provide them with the means and opportunities. Multiple studies were conducted on the more than 500 federal counterterrorism convictions. These studies show that close to 50% of these convictions were in informant-based cases. 30% of those informant-based cases were sting-operations, where the provocateur actively participated in plotting the attack.3 In its report on US terrorism prosecution, Human Rights Watch observed that “…in some cases, the Federal Bureau of Investigation may have created terrorists out of law-abiding individuals by conducting sting operations that facilitated or invented the target’s willingness to act.”4

Many of these provocateurs are Muslims themselves who work for financial gains or are forced to work for the FBI to avoid petty criminal charges or escape deportation. A covert program called the “Controlled Application Review and Resolution Program” or “CARRP,” run by the United States Citizenship and Immigration Services, makes sure that “immigration benefits are not granted to individuals and organisations that pose a threat to national security.” 5

In 2006, the Tony Blair government in the United Kingdom launched a counterinsurgency program called “Prevent” within its own jurisdiction. Based on its murky radicalisation theory, the program often misinterpreted dissent of the Muslim youth concerning the “War on Terror” policy as inclinations towards extremism. At the same time, through an endless cycle of slavish fidelity, Muslim minorities are always expected to prove their allegiance to the state.

“According to official theories of radicalisation, an atmosphere in which political opposition to US imperialism cannot be freely expressed by Muslims prevent terrorism. But in reality, the more those angry at foreign policy see their community paralysed by fear and reluctant to express itself openly, the more likely it becomes that some will end up supporting terrorism.” 6

A permanent ‘state of exception’?

Ideas don’t always transform into action. Hitherto both schools have prescribed the same reductionist approach that limits terrorism within the boundaries of ideological contents without considering the socio-political stimulants and the roles of the state and non-state actors in driving Muslims towards extremism. By seeking state intervention in deciding the future of Islam, both the culturalist and reformist ideologues have manifested their penchant for absolutism. Enshrouded by the endless and multifarious coinages, both groups purvey the same remedy:  Muslims as a monolithic block, under all circumstances, should be governed under the caveat of what the Italian political philosopher Giorgio Agamben calls the ‘state of exception.’7  Magnifying the threat of terrorism, Western governments are spreading a sense of crisis, creating a state of exception, which allows the state establishment to prioritise particular ideas over the others, to deem certain voices to be authentic while muzzling others. In a state of exception, constitutional rights of the citizens and the rule of law are suspended with the excuse of protecting them—making the rule of law indistinguishable from the rule of exception. The FBI sting operations are thus carried out under a rule of exception with Muslims as the primary targets.

Siddhartha Dhar is a writer and translator. He is currently a student of Peace and Conflict Studies at Uppsala University, Sweden. His twitter handle is @dh_siddhartha

Siddhartha Dhar is a writer and translator and a student at the Department of Government, Uppsala University, Sweden.