The publication of this special issue has an important place in the life of Shuddhashar. In Bangladesh, when Shuddhashar was focusing on discovering valuable new ideas and writings and bringing them to a larger audience, our paths intersected with the LGBTIQ+ community. Everything about that intersection was, in retrospect, impactful. This occurred during the wake of Shahbag protests in 2013, and as uncertainty around the security of secularist, bloggers, and various minorities increased. This insecurity eventually erupted into violence with the horrific killing of several individuals, including Xulhaz Mannan, LGBTIQ+ activist and co-founder of Roopbaan, which had just published a book of queer poetry (Roopongti 2015) with us, and Avijit Roy, author of Shuddhashar’s Homosexuality (2009) and other books. Another slain LGBTIQ+ activist Mahbub Rabbi Tonoy was at the helm of Roopongti.

Looking back at the pain and suffering that ensued, I can honestly say we could not and would not have done anything differently. Shuddhashar knows we did right to support and promote dialogue about LGBTIQ+ rights. The fault is not in what our authors wrote or what we published; the fault lies completely in the hands of a society built on fear and prejudice and a government that does not act to protect its citizens through laws and security measures. With this special issue, then, we return to acknowledging and celebrating the importance of LGBTIQ+ people in our community. We’re proud to have this opportunity to share this issue with our readers.

This special issue has been organized by our guest editor Shakhawat Hossain Rajeeb, a long-time gay activist who had to leave Bangladesh due serious threats and persecution. The articles in this collection reflect diverse perspectives and experiences. Several document incidents of harassment and violence in various countries. Others analyze local, global, or historical systems of oppression including legal and political dimensions. Yet others interrogate the role of neoliberalism in discourses about sexuality and gender diversity. Some articles contain personal stories. Naturally, many perspectives come from Bangladesh. We also have strong voices from Azerbaijan/Germany, Albania, Algeria/France, Denmark, India, Latin America, Nepal, Sweden, and the US among others.

Through listening to each other and through empirical observation, our understandings of the world and humans have changed. Notably, simplistic ideas about dualities have been challenged. True, the world looks simple and easy when seen through a lens of dichotomies. Good/Evil. East/West. Right/Left. Black/White. Us/Them. Male/Female. And in fact, social, religious, and political actors have repeatedly tried to build themselves up on pillars of dualities, asserting their power while standing on the backs of others. Yet each time we try to shove something into one of these categories, we do violence upon it. The real world is more nuanced and diverse than this, a fact that should be evident – and celebrated – by everyone by now. We now know, for instance, that gender and sexuality are on a spectrum and not simply male or female. We know that biologically, not all persons are born as distinctly male or female – and yet they are undisputedly and fully human. We know that people’s gender identity does not always match their sex at birth – and this isn’t an aberration that requires societal interventions. We know that people don’t choose which sex or gender they are attracted to and fall in love with – and this doesn’t make their love and desire any less genuine and deep.

Unfortunately, we also know that whenever progress is made to improve the rights of marginalized people, significant backlash follows. In Bangladesh, this hateful and dangerous backlash continues, as just recently imams were giving Friday prayer speeches in their masjids against LGBTIQ+. The same actions are occurring in Pakistan and elsewhere.

Setbacks and tragedies, however, should strengthen our resolve to support each other, to remain open to learning, and to be the best allies and community members possible. We are very fortunate that the world is more than black and white, right and left, male and female.  We are fortunate that the world is colored with multiple hues. The richness of that diversity leads to our creativity and resilience as human beings. 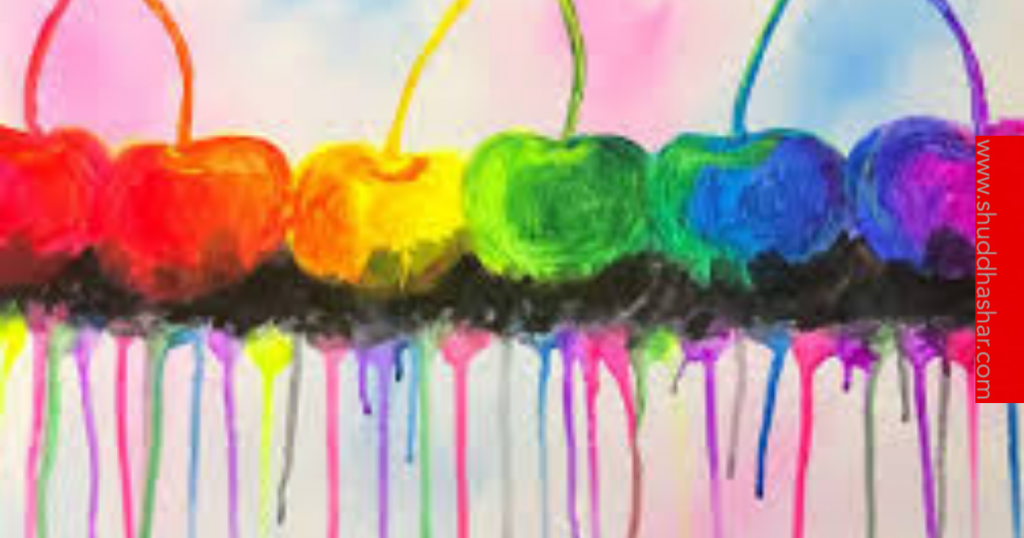 When Tutul bhai (Ahmedur Rashid Chowdhury, editor and publisher of Shuddhashar) approached me with the idea of a special issue on LGBTIQ+ rights and asked if I would be interested to take up the ‘responsibility,’ I instantly knew I wanted to say yes. But given how I have been teaching myself to be cautiously happy … 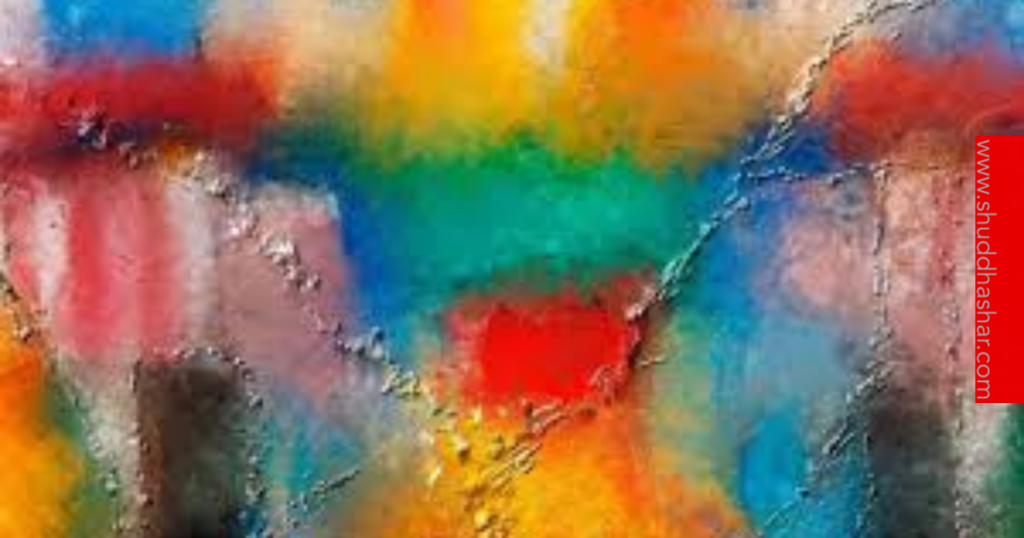 Pitting communities against each other has been part of the establishment playbook for centuries and the strategy has, sadly, not lost its toxic impact.   On 22 July 2020, the British Minister for Women and Equalities, Liz Truss, had to stand in the House of Commons and clarify that the government’s response on consultations on … 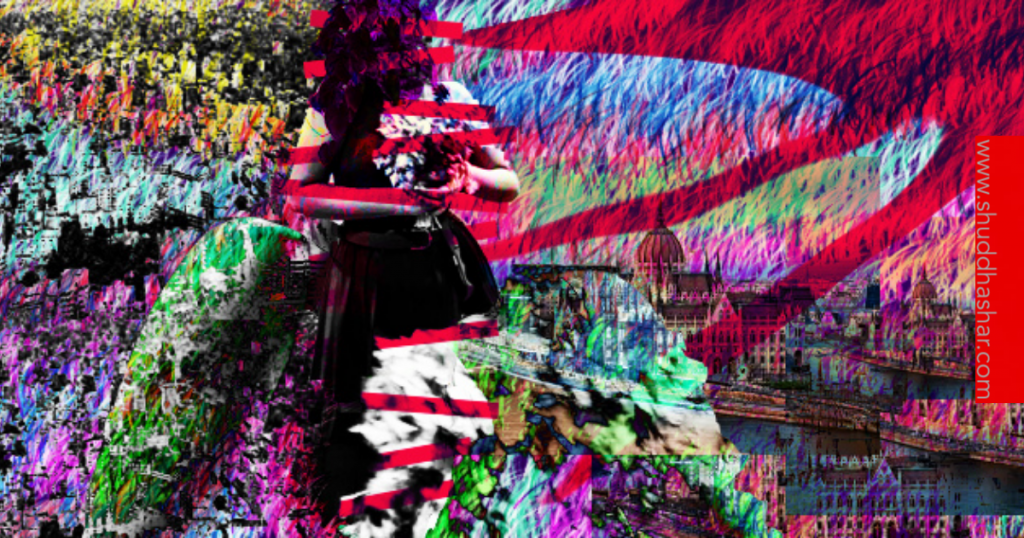 Trigger warning: mention of sexual violence, suicide, murder, death, transphobia, violence Content note: The author does not necessarily align with everything being said in all the links in the article, however, the texts are meant to provide context for the language and concepts used. In general, for queer people, the idea that certain places in … 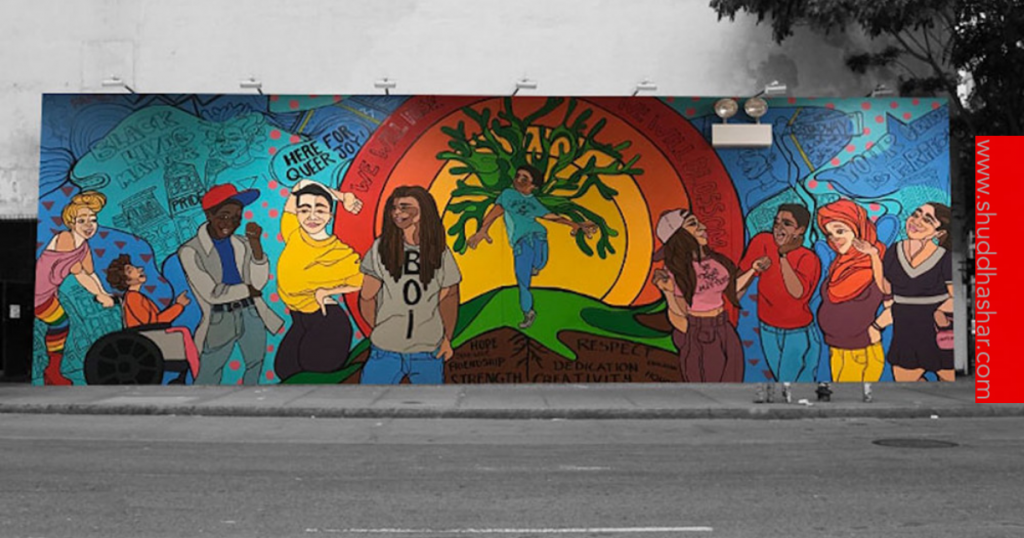 The “gender ideology” rhetoric that has taken root in Latin America and Eastern Europe resorts to vitriolic rhetoric to describe and “unveil” plots and conspiracies that frequently include the destruction of the family and the moral fabric of society.   In recent years, LGBT+ organisations in Latin America have had to deal with an increased … 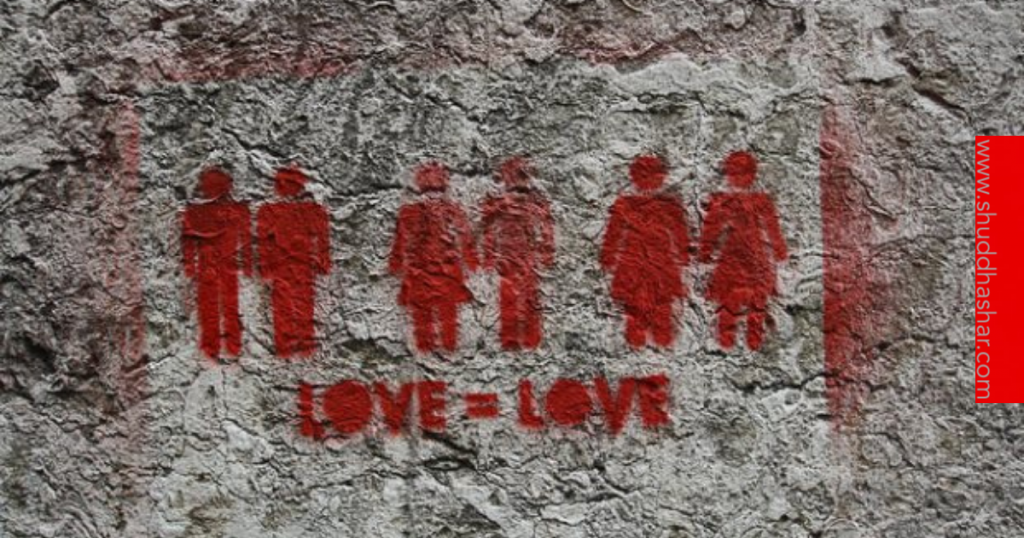 LGBTQ individuals are more vulnerable to threats and exposed to violence. They do not have the many common protective mechanisms that most other individuals enjoy around them, the first of which is family.   From the outset, it seems like open season on the LGBTQ community. Across the globe, people are being killed, tortured, harassed, …

Violence against the LGBTQ community: Understanding the magnitude and vulnerabilities Read More » 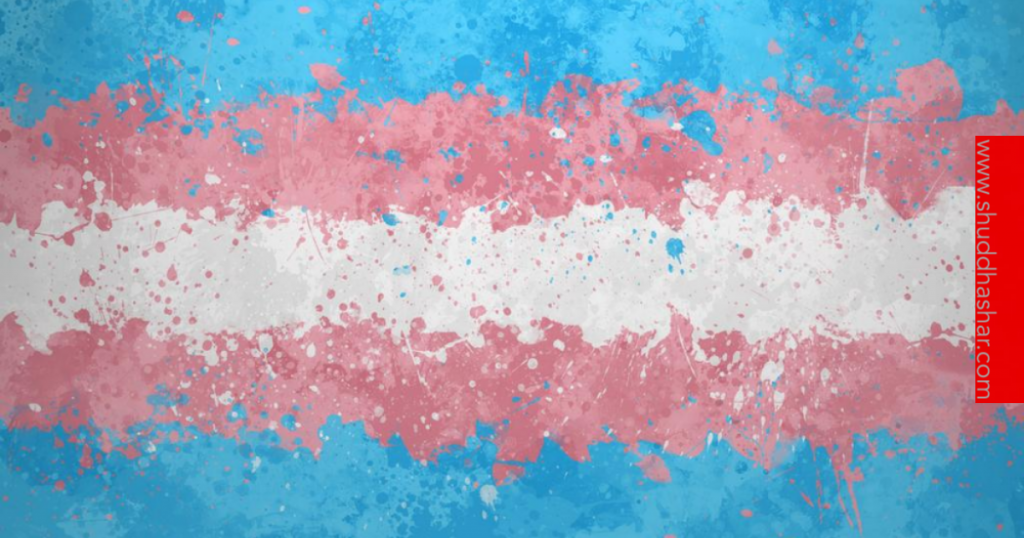 Our real-life stories demonstrate that these women in Denmark partake in hazardous self-medication, unsafe strategies, and sex work as tactics for accessing the treatment while left on hold by the healthcare system.   Denmark  is often described as one of the most progressive countries when it comes to its legal framework regarding transgender persons. Danish …

Self-medication and survival strategies among transgender women in Denmark: Current state of organizing of those who are left behind Read More » 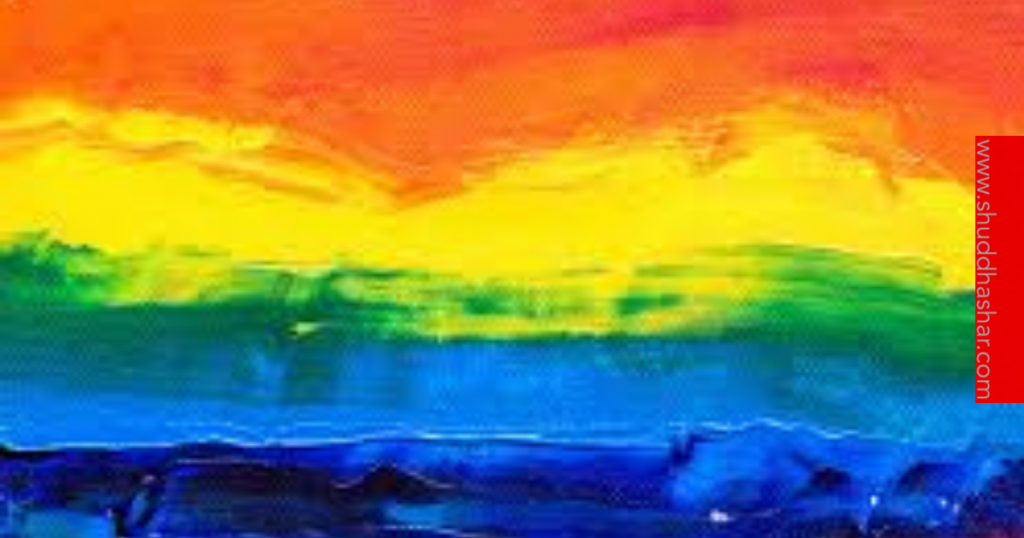 “Language is power, and I see this as a change in the positive direction.”   It is late spring in Nepal’s capital Kathmandu—the skies are overcast, unusual for that time of the year. A thick grey haze envelops the city. The wind is warm, the heat is dry. April is the start of the tourist … 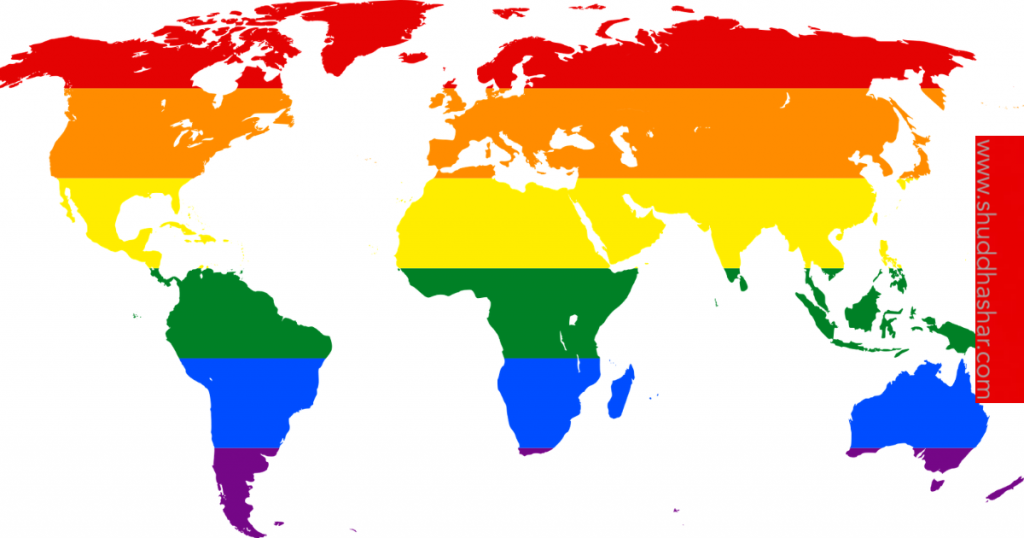 The world has been witnessing a ‘polarized progress’ with the rise of right-wing, populist, and fundamentalist forces threatening to roll back all the rights achieved not just by the LGBTIQ+ communities but by other minorities as well.   Disclaimer: This article is an ambitious attempt to present a summary of the current state of LGBTIQ+ …

LGBTIQ+ rights in the world: A condensed update on current situation Read More » 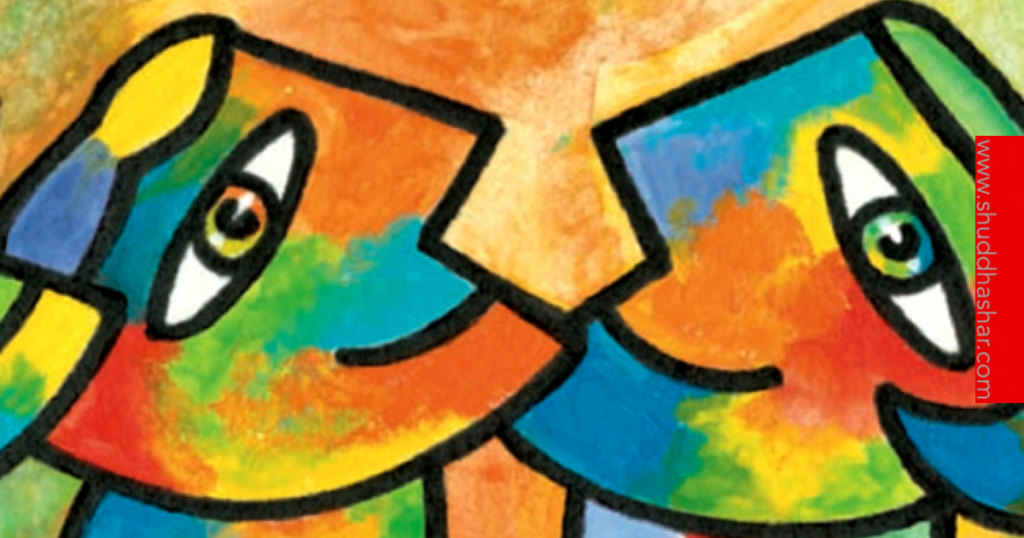 A fact that would be highly contested and would be seen in the spectacles of ‘purity’ and ‘taste’ modernity injected into the psyche. Regulation of sexual activities, among many other human actions, is a crucial feature of modernity. This is what I find as the backdrop of my perception on sexuality.               I should … 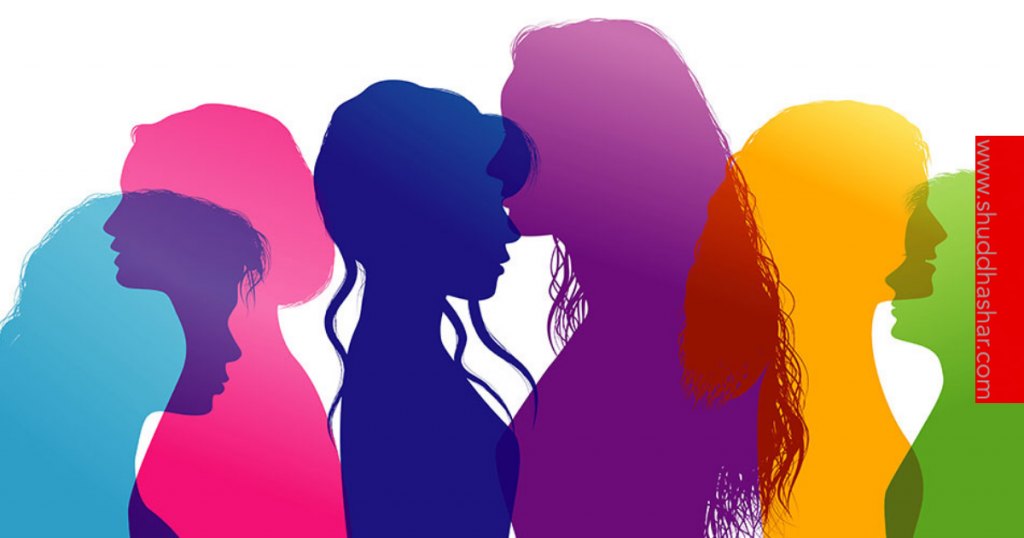 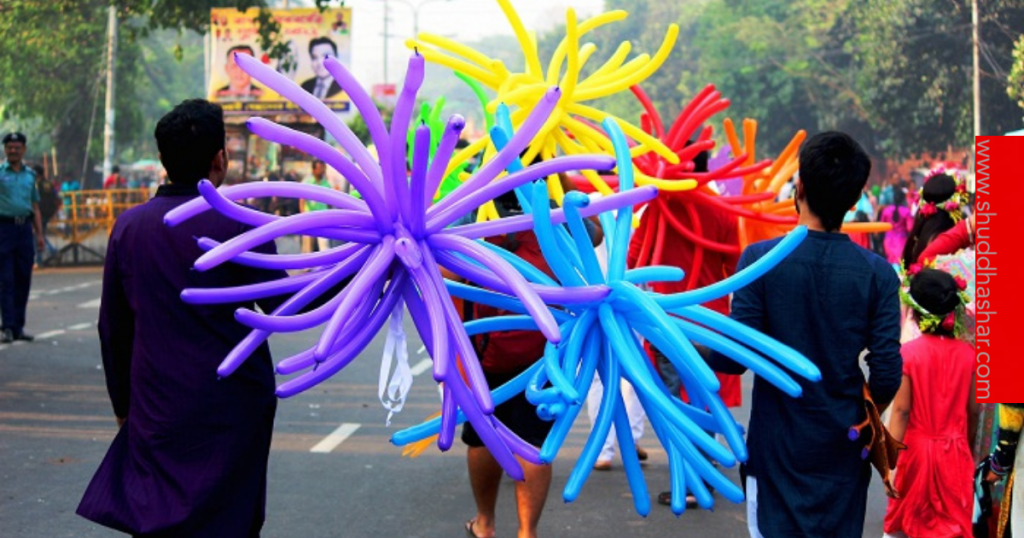 At the heart of Iti, Roopbaan, is not only the concern of sexuality, but also of relationships. Queer individuals located in different places and temporalities (dating back to 1988) writing about desires and emotions and trying to communicate their selves to the people (and at times, places) they love, know, knew and/or want to relate to. …

Queering the archive: The in-between and fleeting Read More »