The entire world is going through a critical time due to the coronavirus pandemic. So much has changed within a short time. Our usual habits are no more. Our ability to connect with each other is curtailed – or relegated to Zoom, the phone, WhatsApp, Facebook, and various other social media platforms where we are compressed into two-dimensional images of ourselves. Countless jobs have been lost. Countless lives have been lost. There is no end to the number of problems consuming people’s lives and minds. This is a deep crisis. This is a crisis of health, of psychological problems and trauma, of economic survival, of educational setbacks and stagnation, and of democracy, particularly in struggles against authoritarian regimes and inclinations. In the midst of these uncertain times, Shuddhashar has continued with the preparation and activities of this special issue on exile. We have been communicating with potential authors, discussing subject matters for writing, reviewing submissions, giving feedback to the writers, editing, and much more in order to publish this special issue. The irony is that many exiles are intimately familiar with lockdown and isolation, something that is now experienced by everyone worldwide.

In preparation for this special issue, we have tried to contact as many exiled writers as possible from Bangladesh and other countries. This has also been an experience. In addition to receiving positive responses, we also received neglect, vocal rejection, and silent rejection. Many submitted articles about their personal, political, or societal experiences before or after exile. But others did not want to write, and some tried but were unable to do so. In some cases, exiled writers appeared uninterested in contributing to Shuddhashar, for reasons we can only speculate. As organizers of the issue, we didn’t consider any of this as unusual. We wanted to show exiled writers who are finding fertile ground in which to grow their writing.  But we also wanted to reveal the infertility that is created by exile and displacement, and the causes of that infertility.

While exiled writers are the primary focus of this issue, we also include articles written by people doing long-term research and work with exiles. With these different perspectives – exiles, academics, activists, publishers, and supporters – we hope we have assembled useful suggestions for supporting, motivating, and inspiring exiled writers. Among some of the suggestions are ideas for how cities and organizations can take initiatives to introduce exiled writers and artists to local writers, artists, and cultural groups. Many cities are already arranging local literature and cultural programs, but including exiled writers/artists in the planning process will cultivate a sense of purpose and belonging. Similarly, it seems especially important to find ways to include not only exiled writers and artists but also other long-term refugees in political systems, where their voices can count and contribute to the collaboration of a vibrant future for all community members. It is essential that the trauma experienced by exiles be address in professional and dignified ways so that they can not only psychologically overcome their terrifying pasts, but also contribute productively to the current communities in which they live.

In putting these diverse voices of exiles and experts together, Shuddhashar hopes to contribute to the betterment of all exiles and their communities. We hope to the foster a democratic society that is inclusive of its diversity and that recognizes the creative potential that comes from elevating the humanity of all society’s members.

Shuddhashar wants to motivate exiled writers to continue their creativity – including those who did not write for us. We want to stand by their side and encourage them, no matter where they are in their own process of exiled life.  This is part of our practice and discipline – what in Bangla is called sadhana. Promoting free speech, human rights, democratic culture and values, human dignity, and supporting exiles is our sadhana.

We therefore urge exiled writers to pick up their pens, to write, and to find ways to be active in their communities. As exiles, we are fortunate: we have been given an opportunity that is denied to countless others. Although it is easy to fall prey to guilt, depression, and inertia, we must overcome the trauma of displacement and loss. As an exiled writer – as a survivor of persecution, hardship, and isolation – we have a responsibility to continue the work of promoting democracy and freedom of expression. Even though we may not be able to write directly to the audiences in our home country, the dangers of autocracy, xenophobic nationalism, hate-speech, and fake news are in all countries. Your experiences make you an expert, and you have a role to play in your new communities: to foster tolerance, equality and equity, compassion, and fact- and logic-based criticism.

Write. It is critically important. We hope it will be your sadhana.

Note: Exile is a very diverse and broad topic, and we know we cannot cover everything. We will continue our research and work on this subject. And in future we will publish more issues about exile. 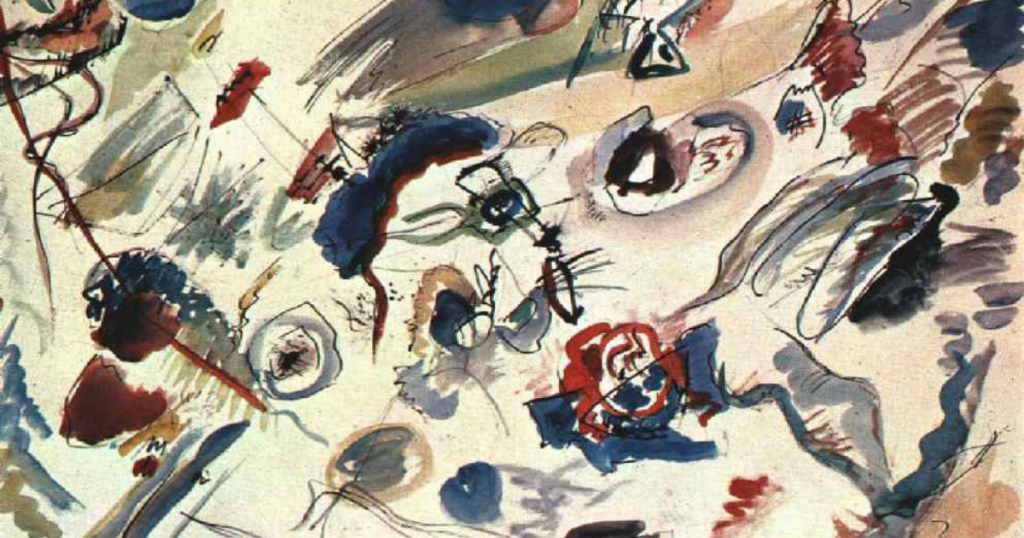 Migrants. Immigrants. Emigrants. Refugees. Aliens. Asylum seekers. Exiles. Asylees. Nonimmigrant. Émigré. Illegal aliens. Legal aliens. Deportees. Expats. Displaced people. Diaspora.   The Age of Refugees Migrating – and population movement in general – is a human condition. We all move with a desire to live fulfilling lives, to survive, and to better ourselves. For such … 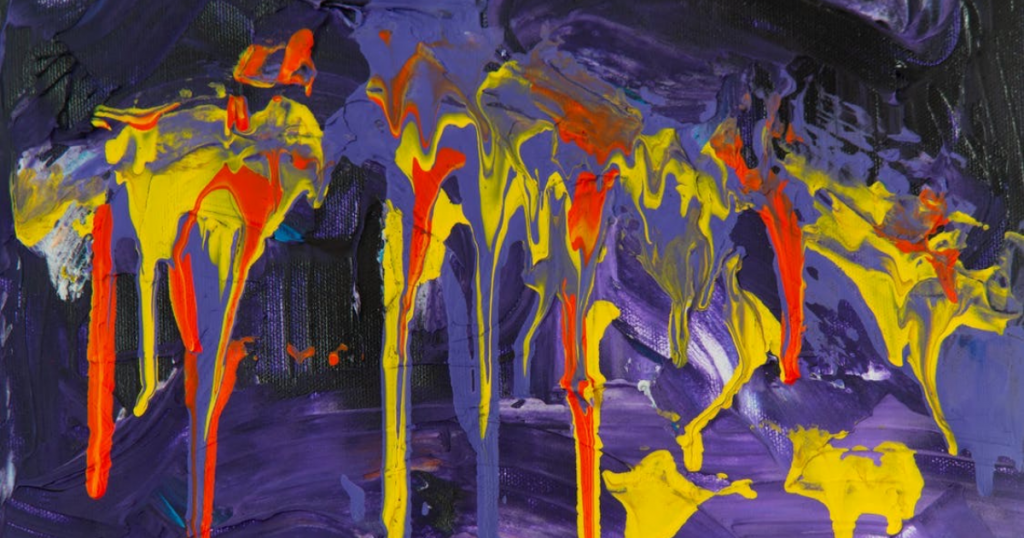 What if, the girl says. Instead of saying, this border divides those places. We said, this border unites these places. This border holds together these two really interesting different places. What if we declared border crossings places where, listen, when you crossed them, you yourself became doubly possible. Smith, A., 2019. Spring. 1st ed. London: Hamish Hamilton.   … 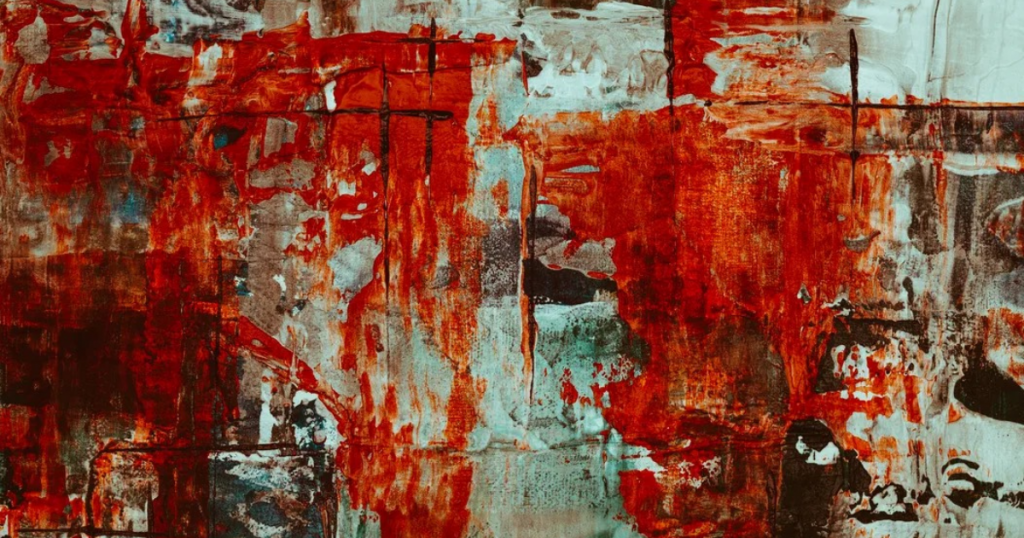 Edward Said speaks of exile as an ‘unhealable rift forced between a human being and a native place, between the self and its true home,’ adding that, ‘its essential sadness can never be surmounted.’[1] Experientially, however, exile can connote nostalgia for another time as well as another place, as if space and time were interchangeable …

Exile and its Analogues Read More » 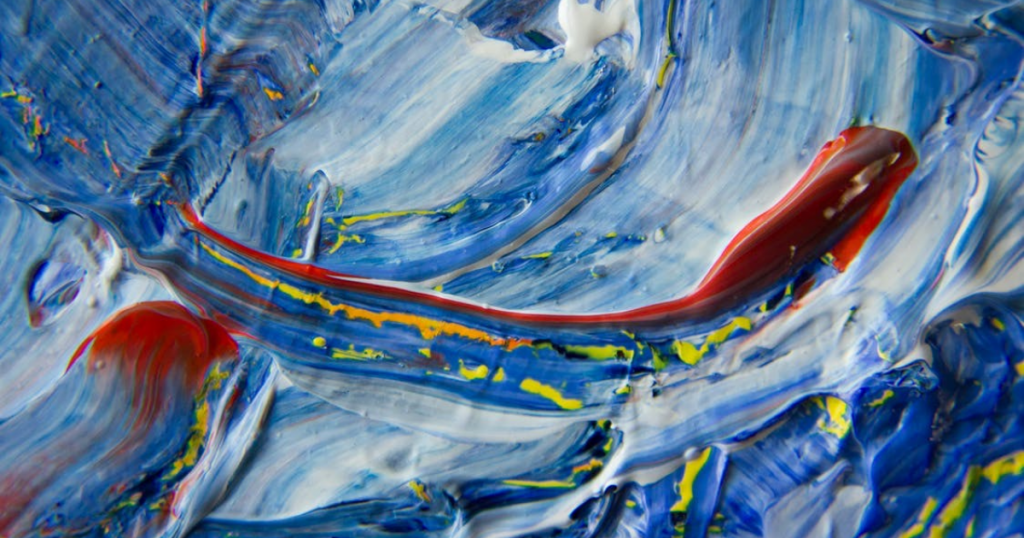 As I write this, from beautiful Trondheim on a cool autumn day, the percentage of immigrants in Norwegian society has surpassed 18%.They are a mix of refugees, labor migrants, family members reunited with their Norwegian counterparts, and our second generation, the children of everyone in the previous categories. If we focus on only people without … 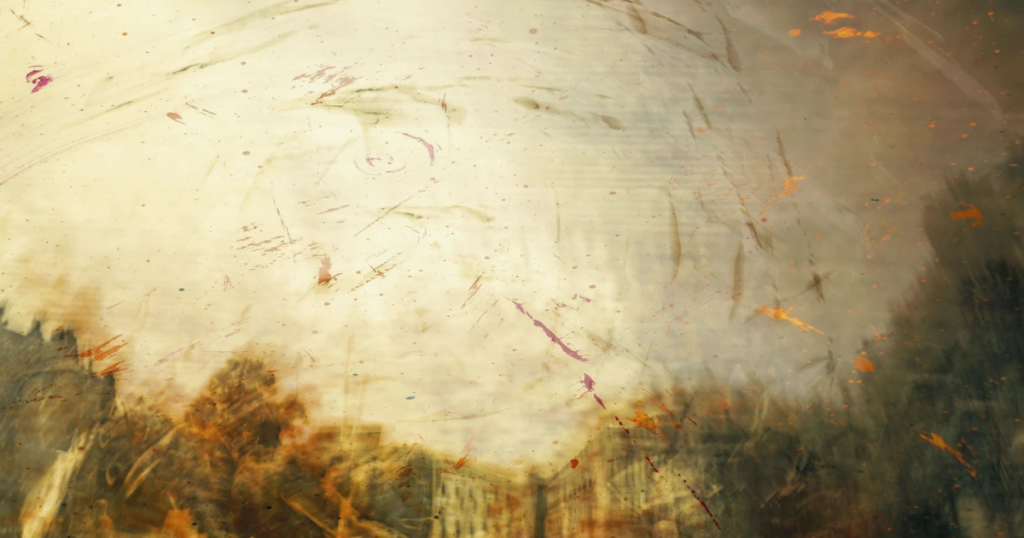 Long before President Donald Trump cracked down on immigrants as a centerpiece of his promise to “Make America Great Again,” immigrants had already made – and kept – America great. Many are our clients. As the founder of an international immigration law firm based in Owings Mills, Maryland, I specialize in helping U.S. employers hire … 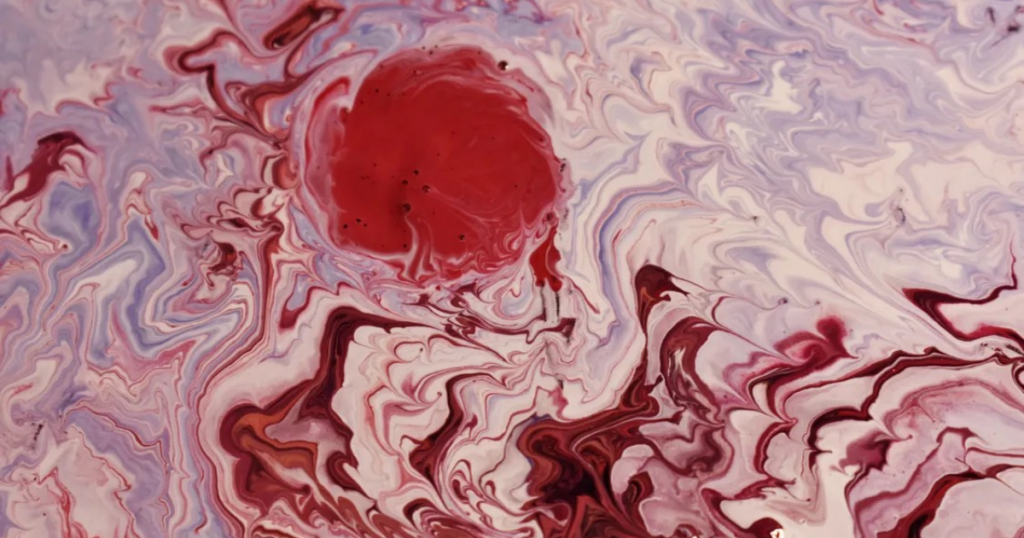 Displaced: Single, Syrian men Young Syrians, including Syrian university students, constitute an important group with regard to the future of Syria(see for example Keith Watenpaugh et al. 2013). This group of displaced Syrians is nonetheless a generally unacknowledged component of a larger humanitarian disaster (ibid.: 5). Moreover, until recently single Syrian men have been particularly …

Between friend and enemy: The ambiguities of being in exile among Syrian men in Amman Read More » 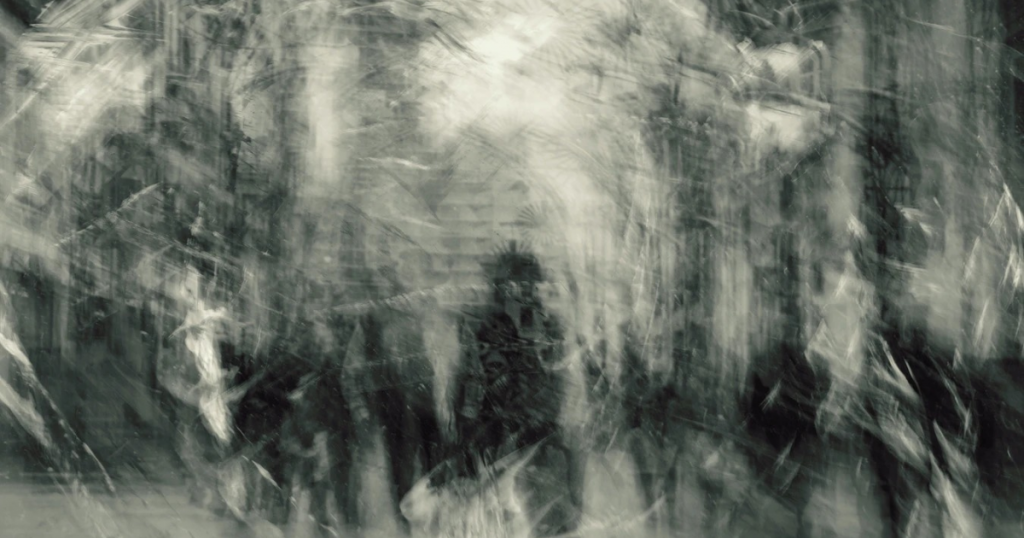 1 I read the news about six months ago, probably on Al Jazeera. 2020 is such a bat in the belfry year with so many COVID-19, wildfires, riots, and insanities happening all at the same time that you might not remember the story. I remember it vividly. In May 2020, twenty-four Bangladeshi migrants were killed … 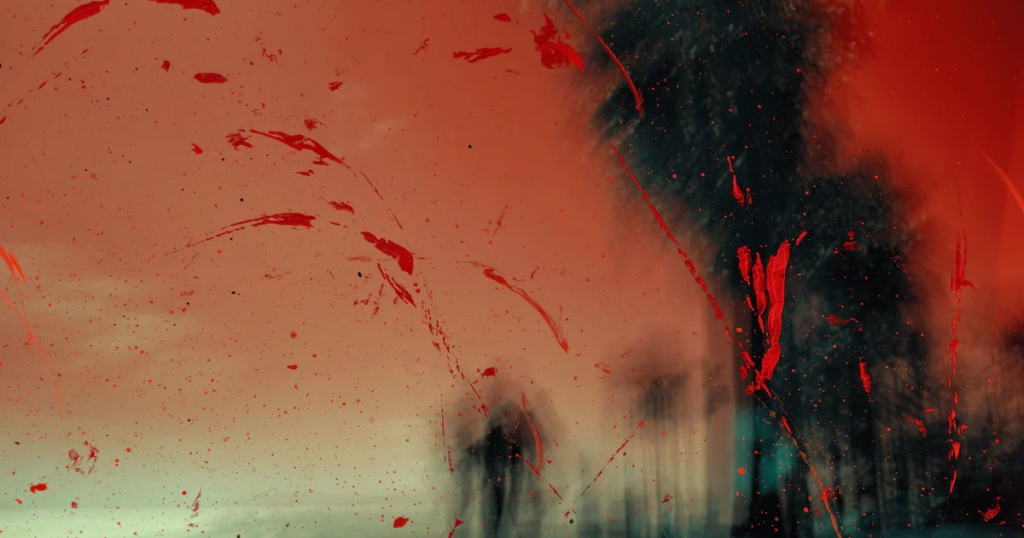 The publisher knows up close how mentally and existentially challenging everyday life is for an author. The work of the author and the artist takes place in solitude, with empathy and concentration, in a search for imaginative imagery to create everything from harmony to agitation. Through reasoning, the author can bring understanding and create stories … 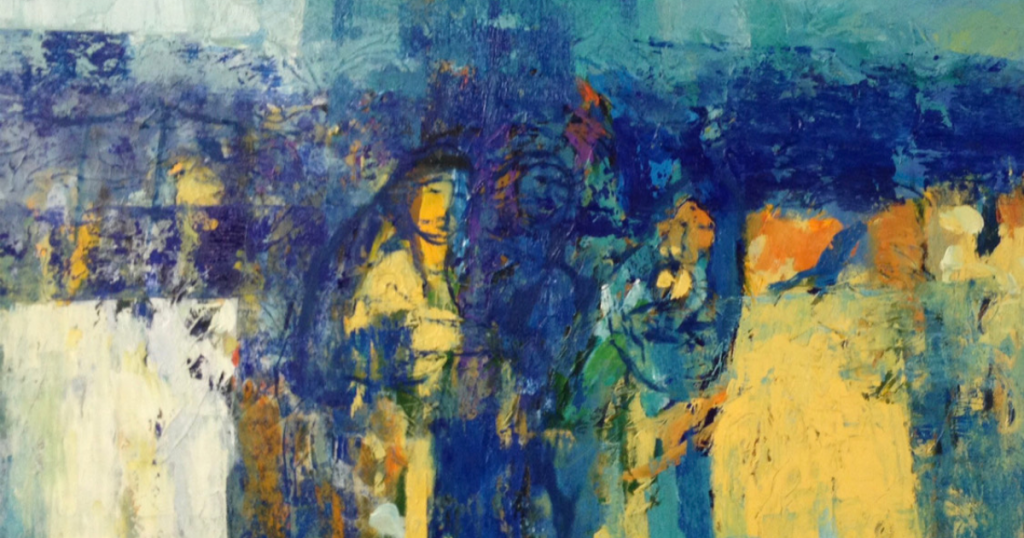 From exile in European cities to remote camps in embattled Myanmar, refugees facing every level of threat have created autonomous projects—zines—writing and reading together to site their politics by any means possible. In “Kachin State: the Curse of Geography,” ArtsEverywhere editor Siddhartha Joag recalled the art and writing workshops he encountered among refugees caught between Chinese armies … 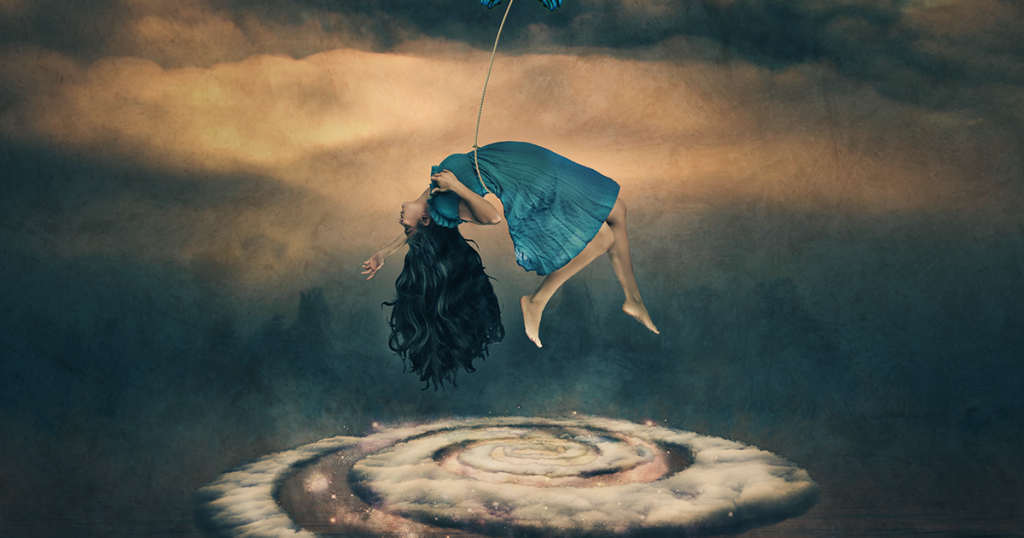 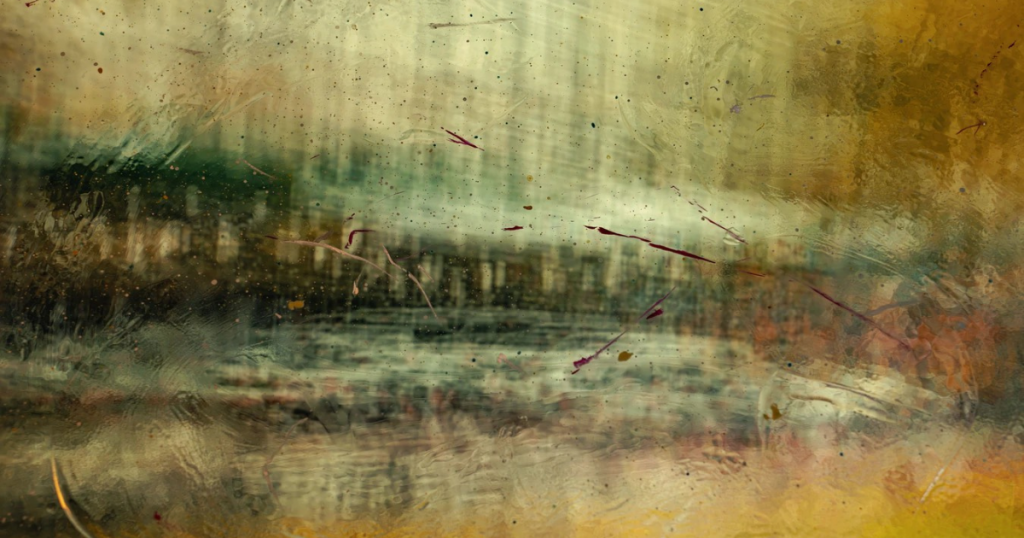 A person I was connected to online for a joint project suggested that we meet in person after the project was over. “I read about your story as an exiled writer. I thought it was cool and was curious to meet you,” he confessed, shortly after we met. That is exactly what I used to …

Why I neither want to stay nor return Read More »