In poetry and all branches of literature, there is love, joy, suffering, and pain. Yes, there is pain, there is suffering. While reading and observing the world through the joyful dance of a heart that bleeds, insects with an unknown name are born in the brain cells. One of the side effects of this painful condition is called the “little magazine.” The little magazine is based on political consciousness, art, equality, humanism, freedom of expression, anti-institutionalism, and thoughts about overthrowing the entire world as we know it. Little magazines want to write like plowshares. They want to go deeper into a subject and look around, sorting out ideas. They want to maintain impartiality in their observations and perceptions. They are aimless travelers in the chariot of questions and arguments. They are reincarnated and unconquerable phoenixes. Little magazines don’t read only texts on paper pages; they also read the dilemma inside slums, the destruction of small indigenous communities by a rich tycoon, and the extreme judgments of religious leaders. It was in this manner that Shuddhashar was born in December 1990. After a long military dictatorship, the prospects of democracy and new possibilities hung high in the sky.

There was no ambition when we started, and that remains the situation today. What started Shuddhashar was a curiosity – or insanity! – to learn more, to change thinking, and a strong urge to gather like-minded people together. Perhaps we achieved something back then. Thirty years later, looking back, some things are evident. Coming out of romanticism, Shuddhashar was able to make a contribution by creating interest in art and literature and the vibrant intersections of urban and folk traditions. At that time, we were living in a district town, far away from the capital city of Bangladesh. That time was immediately after Glasnost and the aggressive rise of Islamic fundamentalist politics in Bangladesh. Shuddhashar´s thoughts, writings, and conversations turned to the socio-political consequences of radicalism and our responsibilities to confront those challenges. The socio-religious and political changes in our society gave shape to Shuddhashar’s commitments and role, and we vigorously responded with our pens.

Eventually, due to life obligations and the separation of the participants, the publication of Shuddhashar stopped. In the last issue, which announced that our publications would be discontinued, we asked: What alternative is there to art but death itself?

Shuddhashar remained dormant from 1995 to 2000. In 2001, the spirit of the little magazine was revived in us, and we started publishing again. We recognized Shuddhashar as a phoenix.

Then in 2004, we started publishing books. To inspire, not to impress: with this slogan Shuddhashar became an important publisher for young writers and controversial books. From 2004 to October 31, 2015, Shuddhashar published more than 1000 books. We attracted the attention of regular readers, intellectuals, politically conscious people, and the media. At the same time, Shuddhashar published many important stories, novels, poems, and essays by some of the best writers in the country. At one time, the idea spread that publishing a book with Shuddhashar meant one would get an award. Shuddhashar also published translations of many books from world literature.

Bangladesh, however, is a politically unstable country, and insecurity has been routine for a long time. Since 2013, Islamic political forces have been carrying out hateful and violent speech and programs against progressive freethinkers. Islamist extremists declared that every good Muslims should kill atheists. Since that declaration, several bloggers, writers, and many others were killed one after another, and the government remained silent. During that time, Shuddhashar was also threatened and attacked. Our readers are familiar with this story. After the nearly fatal attack on October 31, 2015, all activities of Shuddhashar in Bangladesh were stopped. Due to the security crisis, the publisher and editor had to leave the country, and all Shuddhashar’s staff left their jobs. Overnight, an established company was reduced to nothing except the burden of huge financial loss.

But dreams and commitment never die. The phoenix wakes up, and its fires are ignited again and again. Shuddhashar was able to wake up again. In a different way, in a new place, and with some new arrangements. But the commitment has stayed exactly the same: to inspire, not to impress.

So, what have we been able to do in these thirty years! We don’t yet completely know, as this story isn’t yet finished. But there is no way to deny that Shuddhashar has created some vibration. When we were part of the little magazine movement, we inspired many others to pursue little magazine activities with sincerity. Shuddhashar also inspired many young newcomers to the publishing industry. Now, traditional and established publishers in Bangladesh are no longer reluctant to publish books by young writers, and this is a tremendous success. Even if security is not yet ensured, many publishers in Bangladesh are now ready to publish various controversial books.

Today, we are witnessing that our current activities are reaching new people in many new regions beyond Bangladesh. We have had the opportunity to connect with and learn from exiled writers and artists who have also experienced the harsh consequences of authoritarianism, religious extremism, and censorship. They have opened our eyes wider, and we’re grateful for their knowledge, poetic words, and resilience. We want to express our gratitude to several organizations and individuals who have contributed to restarting Shuddhashar since 2017: ICORN, Norsk PEN, English PEN, PEN America, IPA, Oslo Freedom Forum, Kulturrådet, Fritt Ord Foundation, Lise Lauritzen Brekke, Bente Riise, William Nygaard, Lisa I. Knight, and the Shuddhashar Editorial Team. In thirty years, we have gained more friends, supporters, and memories than we could ever imagine.

The people who contribute to Shuddhashar by writing, reading, and joining with us inspire us every day. Each time someone participates in our activities and resonates with the commitment to creating a better and more equitable world, we experience genuine joy. This is how we measure the success of our work. This is our inspiration. 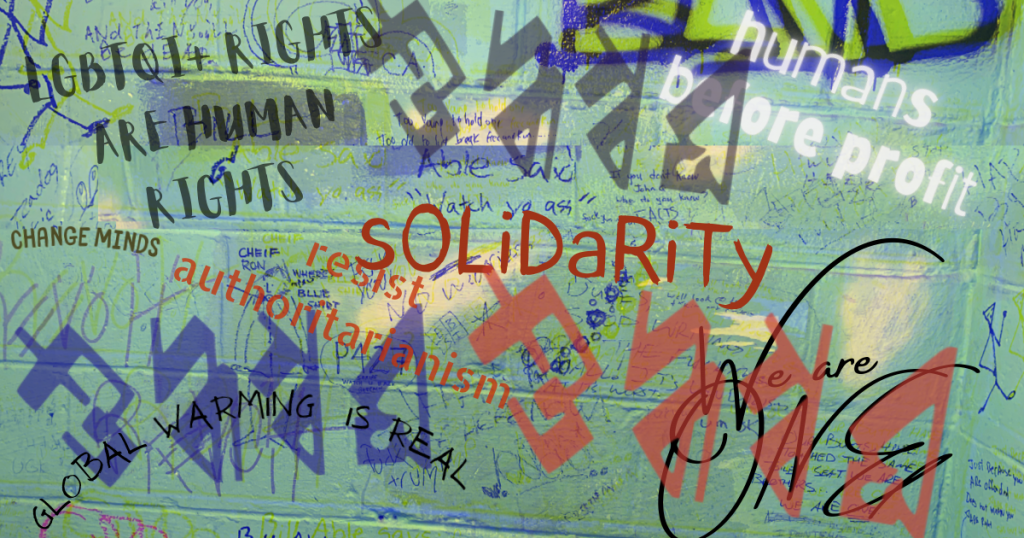 Tutul, for your steadfast determination to inspire people to listen, expand horizons, re-think assumptions, challenge ourselves, and work harder for more a humane and just world.   For Tutul who never bends to our local brand of fascism, who believes in culture and in transmission of culture, who was reborn more valiant and more brave … 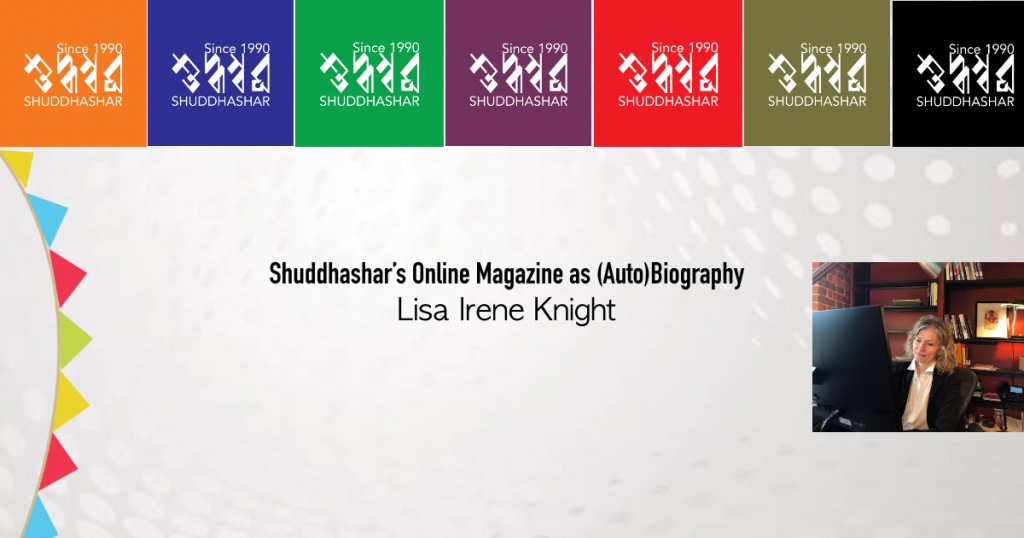 At this 30th year anniversary, the online magazine of Shuddhashar is a biography – or autobiography? – of Shuddhashar and its publisher. I was first introduced to Shuddhashar in February 2018. At that time, Shuddhashar had been online for a little more than a year. I read the articles. The bimonthly magazine issues were hopeful … 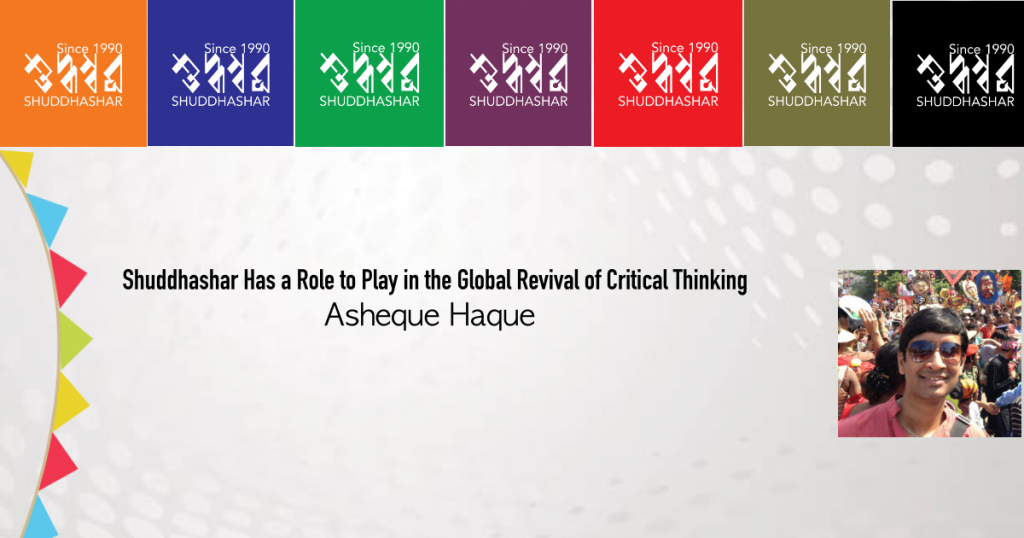 I put high hopes in Shuddhashar. Not only because it has given me a platform to write, to discuss issues that I think are needed to be out there, to think critically and analyze our surroundings and realities, but also because it has given that chance to many others, without the restrictions of geographic borders, … 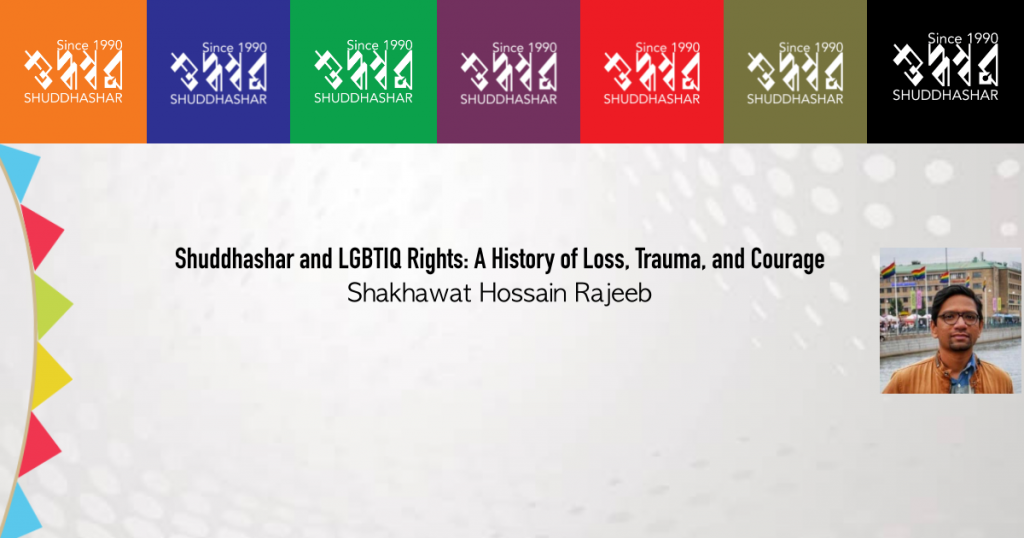 A five-letter word, written in bold red, stands in stark contrast to the pitch-black cover as if to command the attention it was denied for years. The word reads সমকামিতা (homosexuality), a word that even the most liberal of minds would dare not utter, let alone put down in a book. But there it was …

Shuddhashar and LGBTIQ Rights: A History of Loss, Trauma, and Courage Read More » 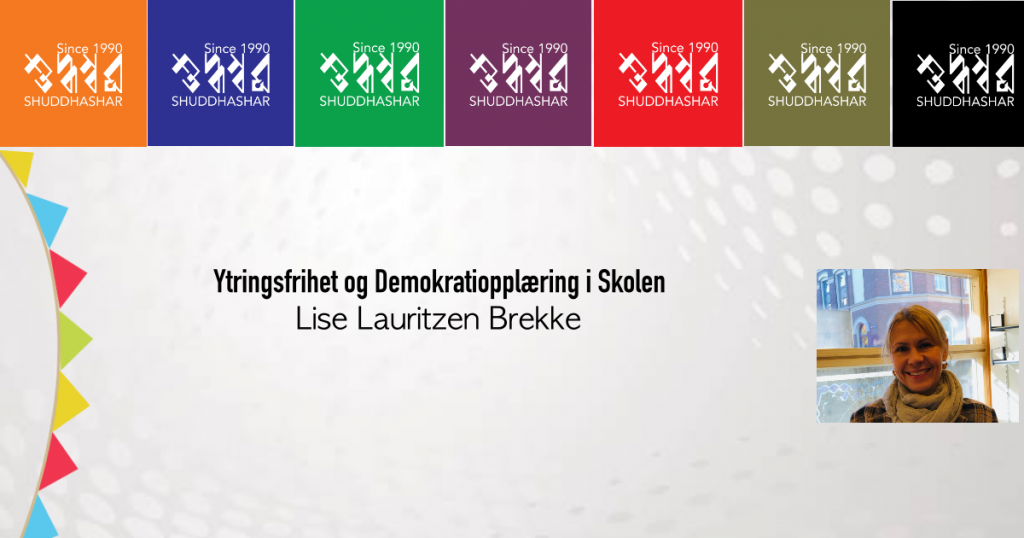 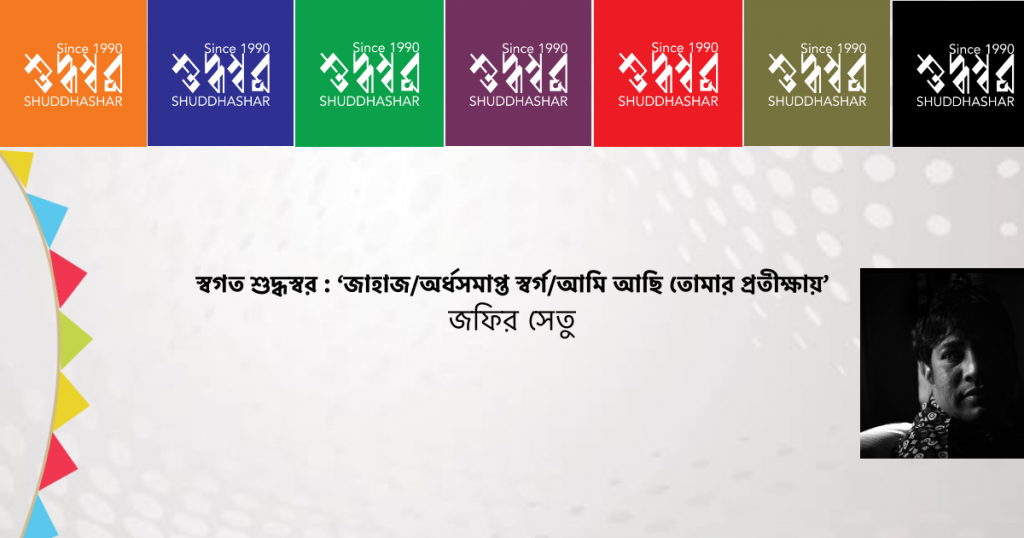 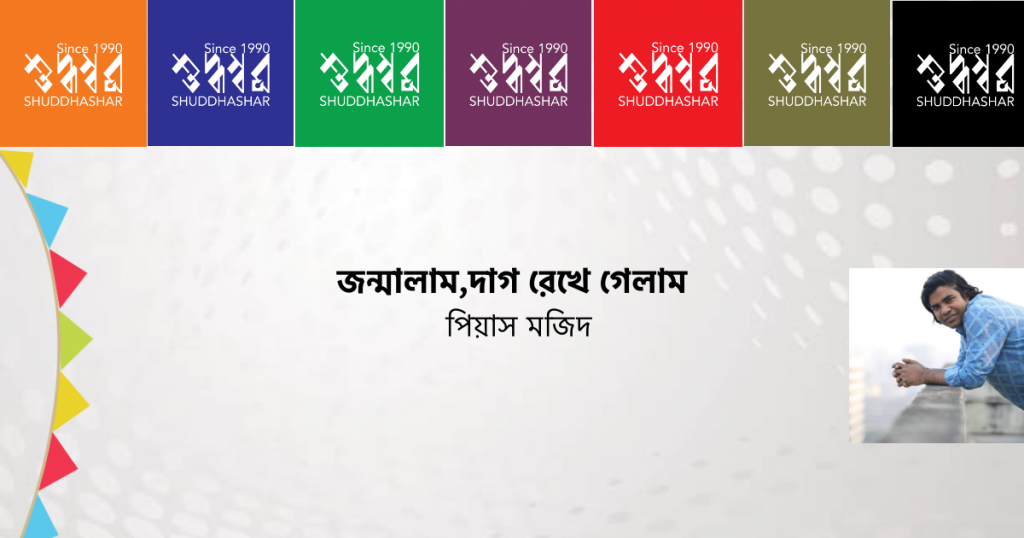 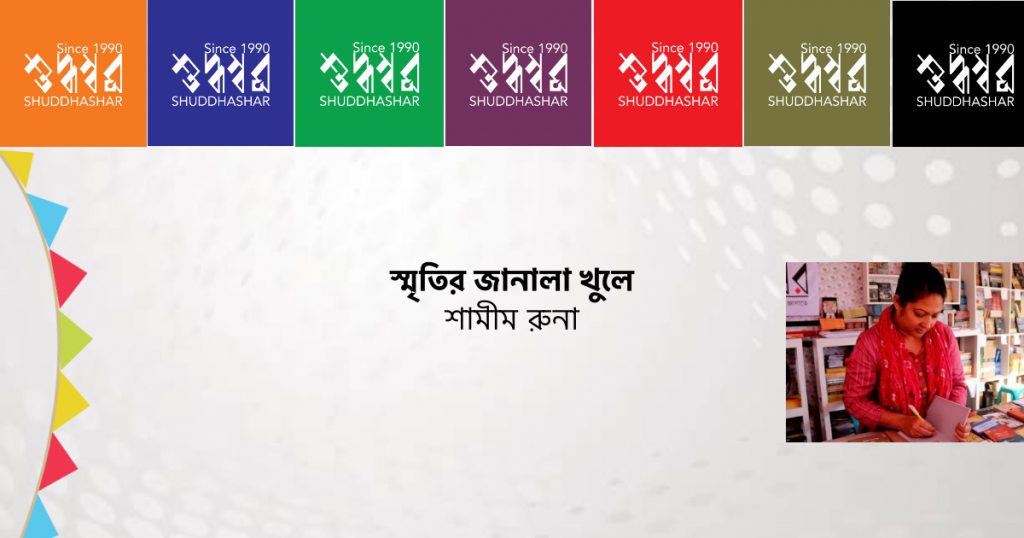 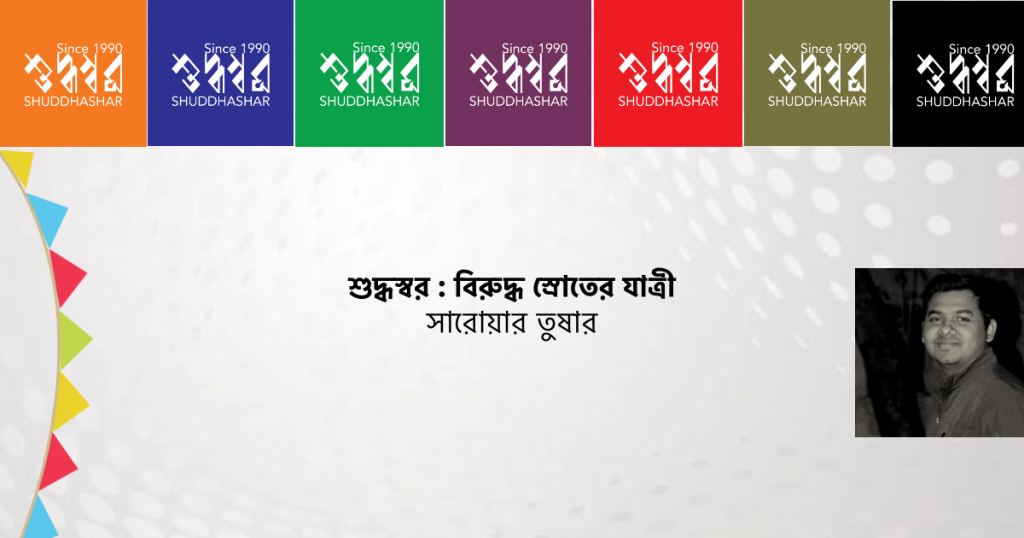 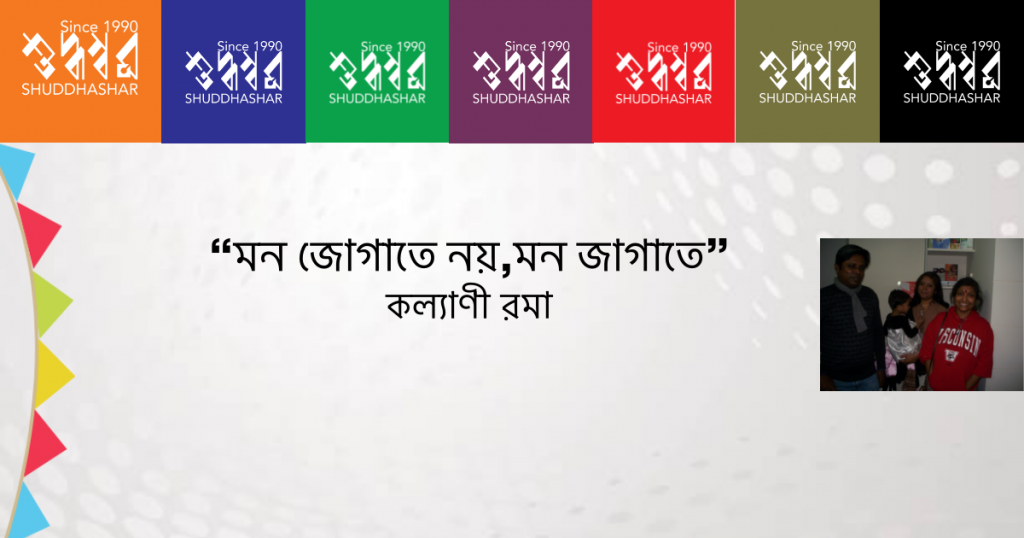 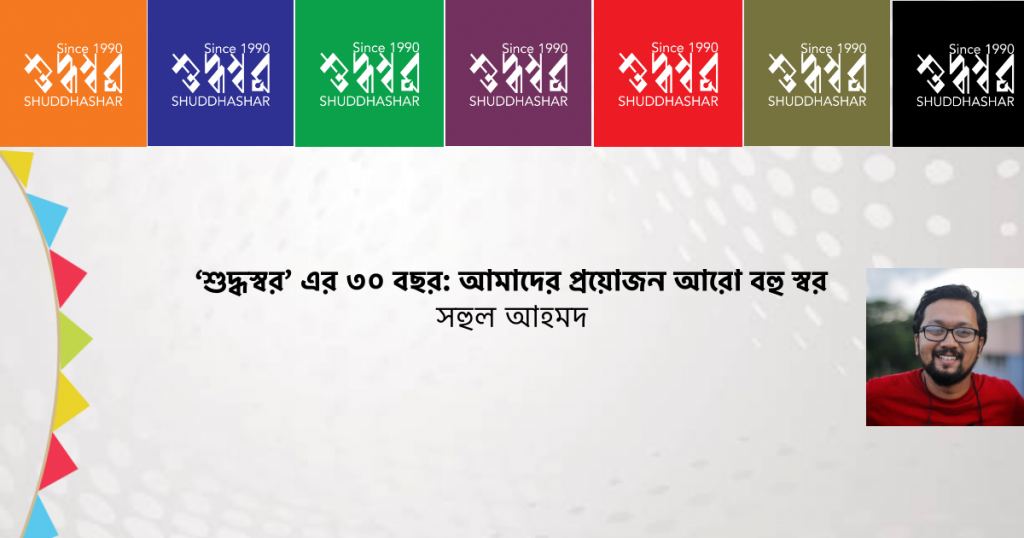