When we began discussing the idea of publishing a special issue on racism, George Floyd was still breathing. In fact, we did not know George Floyd. Nor did we know Ahmaud Arbery or Breonna Taylor or Rayshard Brooks. But we knew that our local and global communities were in dire need of a racial reckoning and that too many people had no understanding of systemic racism – and worse, they simply shut down at any mention of white privilege or systemic racism. Eight months after George Floyd took his last stifled breath, the world has changed. There has been some racial reckoning. Discussions have become more nuanced. More white people have been eager to learn, think, and ask questions in ways they never did before. There has also been horrifying backlash. And maybe the world really isn’t changed. Maybe we just have a clearer view of the polarized realities we live in and the deep ideological assumptions about who belongs where and how and why and who can breathe freely and walk their dog in the park or take a jog in the neighborhood and who can claim censor culture and who can claim injustice and who can gather in protest without being beaten and labeled thugs and rioters and who can access social security benefits without shame.

Long viewed by other nations as a uniquely American problem, racism is now more widely acknowledged to be a global phenomenon. In the streets, social media, and forums, people gathered to better understand and to support the Black Lives Movement this past year. They recognized that the US problem of discrimination and racism is expressed and known in diverse places by various names: caste, untouchability, refugee crisis, immigration bans, and numerous policies and social or religious practices of discrimination. They have recognized that global world orders, implied by nomenclatures like First/Third World, developed/developing world, and Western/Islamic nations, are deeply rooted in inequities. The system that has its own unique history in the United States is manifested through other histories – colonialism, imperialism, neoliberalism – and with other names and effects in regions of South Asia, Africa, Europe, and elsewhere.

As the names of George Floyd and too many others entered our homes one by one, many of us were finding it increasingly difficult to breath. The hashtag #ICantBreath, which in 2014 was the rallying call for racial justice after Eric Garner’s last breath in a police chokehold, went viral yet again. Countless articles have been published, and social media exploded with revelation and debate. Many commentators believe that the global 2020 movements for racial justice will lead to lasting change. It’s too early to say. But the past year’s events have increased the level of discussion and awareness, perhaps especially among youth who are sometimes more willing to see systems for what they actually are.

We decided to focus this special issue of Shuddhashar primarily on the perspectives of those who experience racism, colorism, and casteism. Since racism has been on everyone’s mind, we originally expected an abundance of articles for this issue. We have received some excellent articles, but not an abundance. We suspect that people are strained by the pandemic’s toll on everyday life and by the weight of having to explain racism to people new to the concept or still unwilling to listen. Writing about a difficult subject can be cathartic and even generative and healing. But it can also be exhausting when called upon to repeat the same explanations again and again. We honor the need to be silent.

After having fled persecution in their native countries, exiled writers and artists have also suffered from racism as they navigate their new homes and countries. When trying to understand how a new country functions, what the societal and political norms are, it can be difficult to trust one’s own feelings of alienation and difference. Was I not provided with proper information because the official did not believe I deserved it? Was I denied an opportunity because of an assumption that I was not intelligent or capable, due to my country of origin or my appearance? These types of perplexing questions may seem absurd to members of a host country, but for an exile, these experiences undercut confidence and an ability to become productive members of society.

With this issue, we share insightful articles about the insidious effects of racism, the logic behind global systems of inequality based on constructions of “race” and “caste,” and the ways in which these ideologies are invisibly woven into multiple aspects of our everyday life – in friendship, marriage, movies, music, health, education, work, and so on. We hope you find new ideas, think with us, and continue to work toward racial justice. Racial injustice is harmful to everyone, and overcoming it requires sustained effort by enough of us. When some of us need to step back in order to breath, others need to be ready to step forward and stay the course. 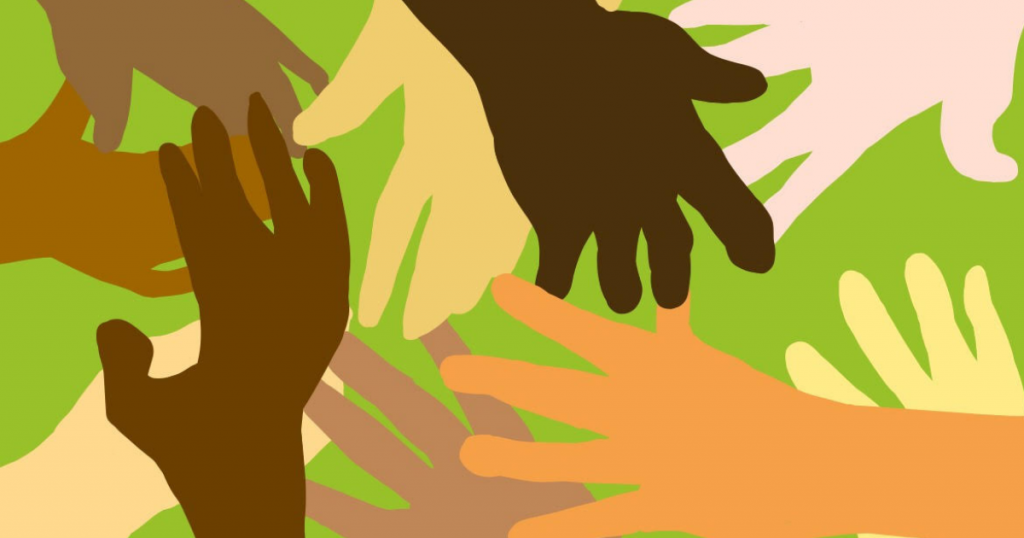 Race and caste are perhaps two major themes that have engulfed most part of the pandemic year. There are several reasons for this. The first is the sudden rise of covid cases, which in effect evoked an unstimulated response from western countries calling out the Chinese role in the pandemic, which in turn was held …

It is true that race and ethnicity are real lived experiences and that differences among and between people are experienced in bodies, histories, politics, and psychologies. It is also true that such differences are connected to practices of discrimination, bias, and oppression (racism). The problem is that many (if not most) people assume they know …

Race is not the problem, Racism is Read More » 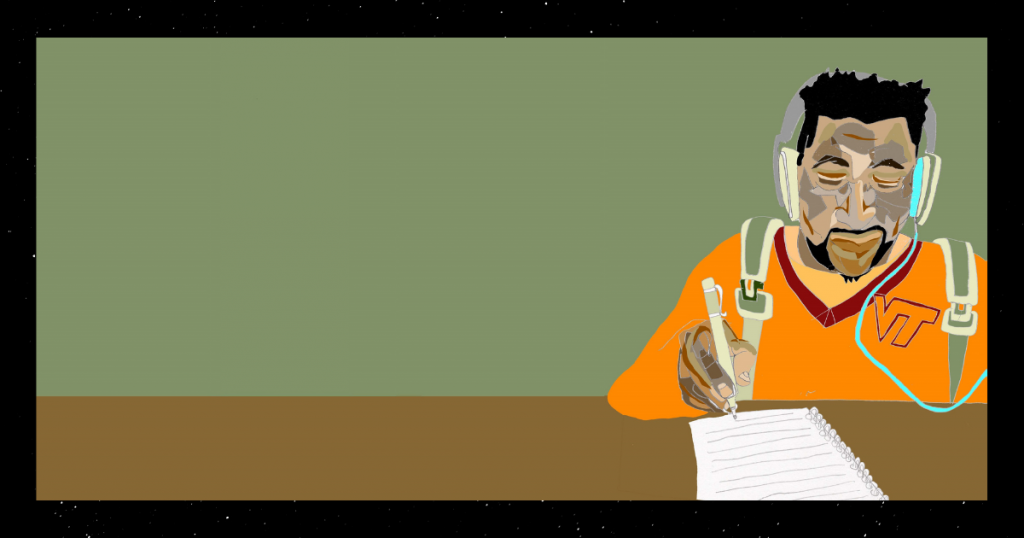 Recently, a friend invited me to contribute to one of those end-of-the-year, best-of lists—a curious endeavor for 2020 of all years. In this instance, the items on the list were pre-set and included such things as best book, best podcast, and best recipe. While flipping through my Moleskine notebook, searching for an empty page to … 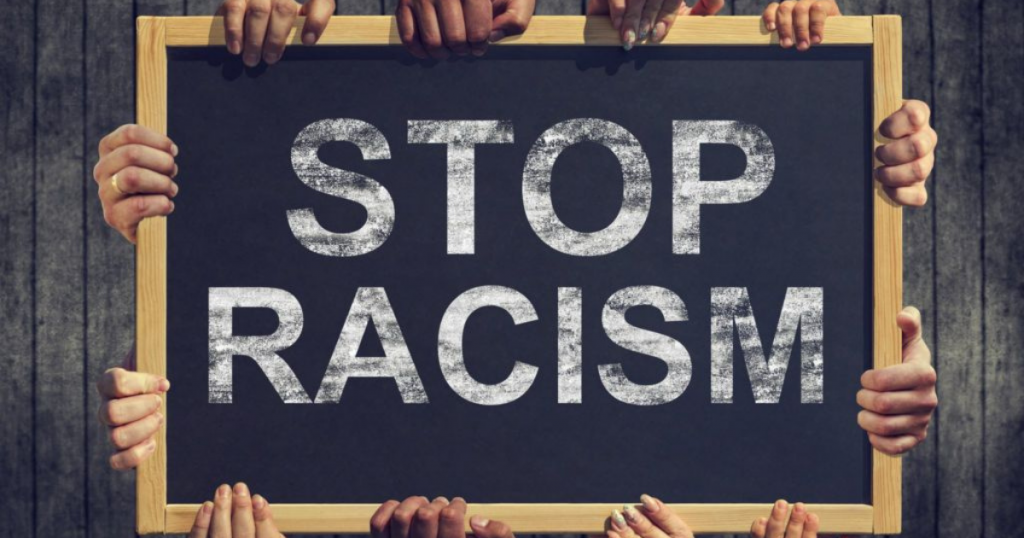 Cartoons are incredibly powerful tools for critiquing and bringing to light societal and political problems, and satirical cartoons in particular have a special role in revealing injustices and hypocrisies. For this reason, cartoonists are often at the front lines of freedom of expression, and consequently, some face fierce persecution by governments and religious groups that … 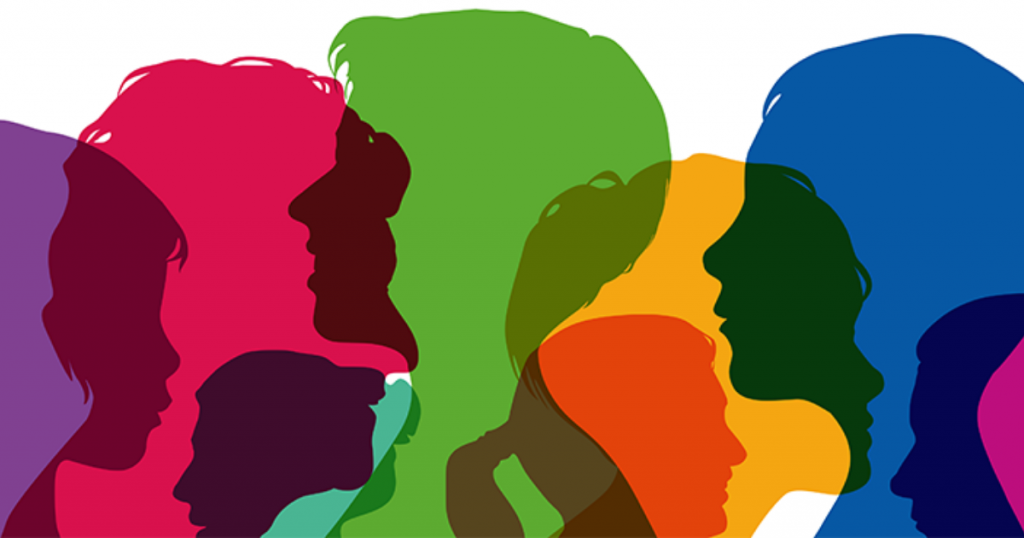 “Human, from the planet Earth.”  That’s how countless diverse Star Trek characters from earth identify themselves to alien species, in distant galaxies in future centuries.  That simple statement – always delivered matter-of-factly, regardless of the respective characters’ obvious racial or ethnic features – resonated with me and deepened my attraction to Star Trek over the …

Introduction One of the earliest postcolonial theorists, the Afro-Caribbean philosopher Frantz Fanon (1925- 1961) made profound philosophical contributions to the freedom struggles of the colonised people around the globe. Born as the descendant of a slave, under the French colonial yoke in the Caribbean Island of Martinique, Fanon began his illustrious career as a soldier. …

Fanon’s ‘The Wretched of the Earth’ at Sixty: A Philosophical Review Read More » 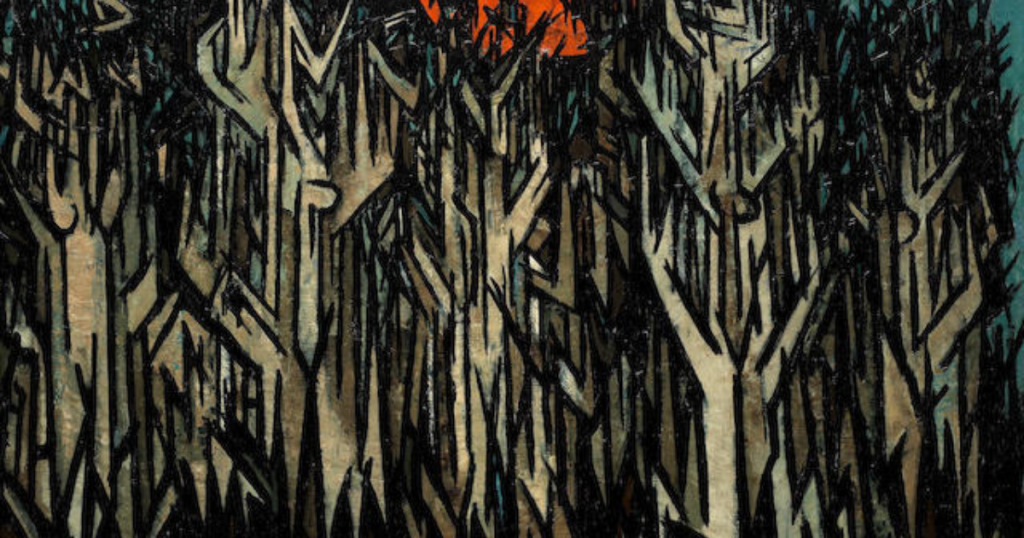 What’s missing from most modern discussions of racial injustice is the overarching ideology that has amplified, legitimized, and advanced every facet of systemic racism we see today. A number of key phrases have been foundation to the international conversations surrounding this topic—systemic racism, the cycle of poverty, mass incarceration, racial profiling, police brutality, the military-industrial … 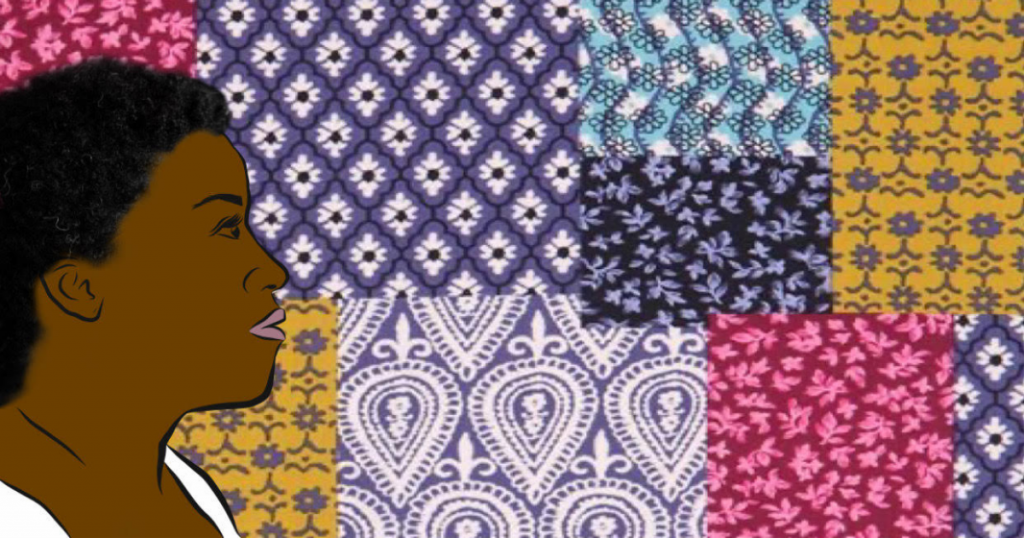 When studying abroad in Rwanda, learning about reconciliation and transformative justice following the Genocide Against the Tutsis, I found the memorials we visited most moving. They are honest, graphic, and jarring acts of remembrance and reckoning with history. No matter how painful the truth, the memorials and country itself maintains a commitment to honesty, responsibility, …

We Cannot Live in Two Separate Americas Forever. There is History to be Reckoned with Read More » 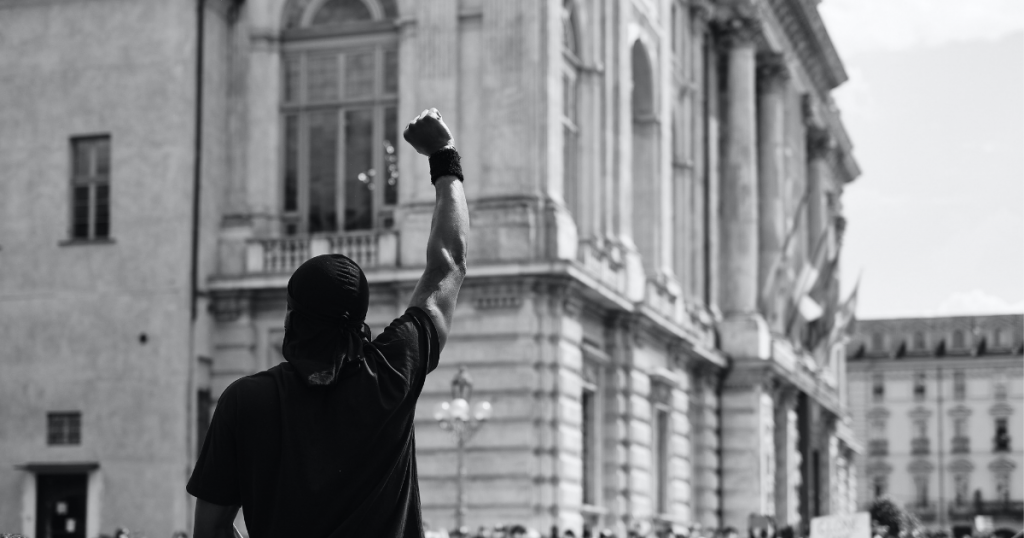 This is a time of alleged mainstream revolution. There is a somber taste in the air from the insurmountable fatality from the pandemic; a firm reminder of our mortality is at the forefront, more than any of us under twenty-five can recall. Systems are failing and the people are fed up, it is quite easy … 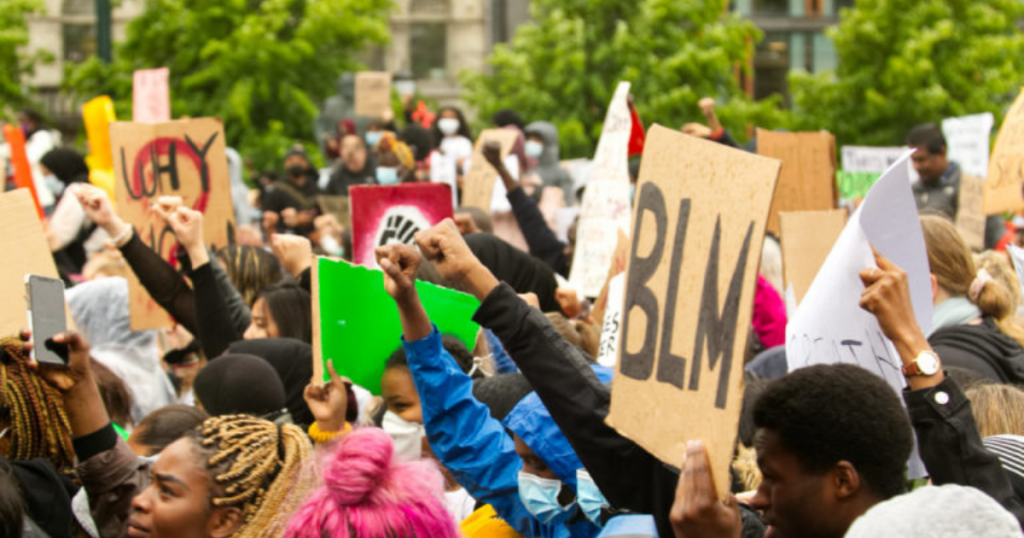 “Please, I can’t breathe,” said 46-year-old George Floyd before becoming unconscious. Floyd died of asphyxiation during an arrest in Minneapolis in May. His family ordered two independent autopsy reports. They did not trust the report from the authorities, which stated that he did not die from asphyxiation but a combination of pre-existing health conditions and …

Black Lives and Experiences – From USA to Norway Read More » 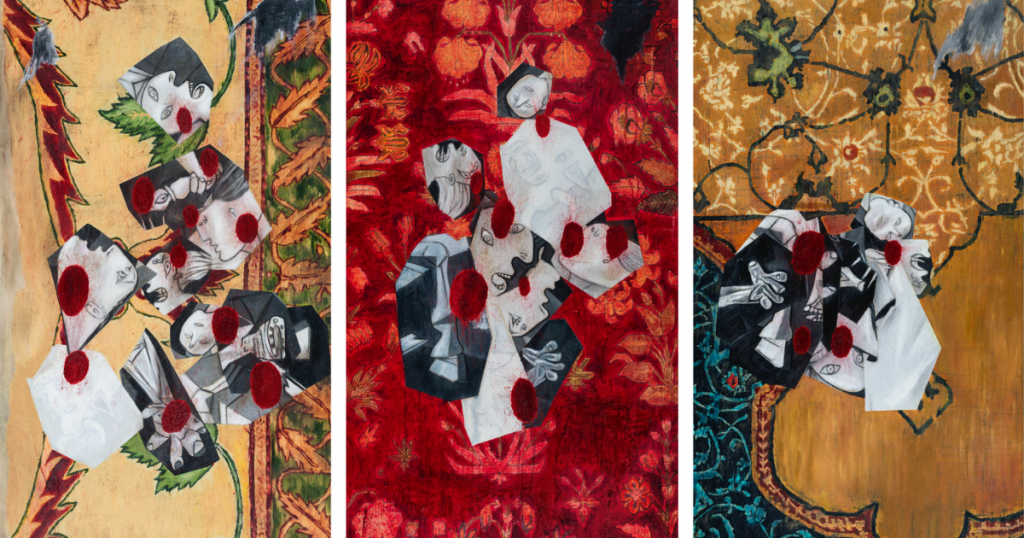 In the last decade, the Western film industry has justly received a lot of criticism for its severe lack of racial diversity, both on-screen and behind the camera. Initiatives like diversity quotas in awards governing bodies and popular movements like #OscarsSoWhite have not only resonated in North America and Europe but have become popularised in …