It has taken nearly a century of research and data collection to convince scientists that human activity could cause global climate change. By the late 1980s, most scientists were starting to agree that human activity was a primary driver of the increased greenhouse gases that contribute to climate change. But at that time, climate change’s effects on the globe, and human life especially, felt as distant as the polar bear standing on a floating sheet of ice in a melting Arctic. Today, however, it is an irrefutable fact: not only is there consensus among scientists, but most people around the world agree that climate change is a human-generated crisis. That crisis is now on people’s doorsteps: as uncontrollable fires, increasingly violent hurricanes and cyclones, water shortages and excessive floods, destroyed crops and food scarcities, extinction of species and acidification of oceans. Epidemiologists and biologists warn that we will see more pandemics as the destruction of biodiversity causes viruses and other infectious diseases to jump from one species to another and to humans. The situation couldn’t be more urgent for humans.

If the warning bells have been tolling for decades, why has it taken so long for us to act? One reason is that climate change became politicized. As a result, scientists’ warnings have not been heeded; concerned citizens – including our youth whom we are supposed to protect – are ridiculed as alarmists; and politicians are swayed by short-term agendas and re-election campaigns. The politicization of climate change also prevents countries and politicians from genuine collaboration, as each nation vies for power and a higher standard of living.

Our epistemic order as people-based societies, organized in a system of hierarchy between humans and nature and between groups of humans, also hinders effective climate action. In this order, humans are separate from nature, and the environment (animals, diseases, weather) is something to control, decimate, or shelter from. As “civilized,” we are superior to everything else on this planet, and we compete for access to and control of natural resources. When it becomes harder to manage the multiple effects of this climate crisis, we will likely witness wealthier nations guard against climate refugees perceived to be competitors of “our” diminished resources. We will fortify our walls and build them taller, even against our own citizen neighbors. Epistemic norms inhibit us from imagining alternative ways of being in this world.

The articles in this issue on Climate Crisis delve into the complex factors behind our climate action hesitancy, the disproportionate effect of climate change on the Global South, the short-sightedness of governments and many development programs, the competing goals of economic development and climate action, and the hard work that indigenous communities are willing to do to protect the environment and their communities. Several articles analyze agendas of countries participating in the COP 26 global climate summit in Glasgow, and others challenge us to examine our basic assumptions and behaviors to meet this emergency head-on.

This issue includes several researchers and experts who have devoted their careers to studying the environment and climate change. We have experts on the politics of climate action in China, US, India, Bangladesh, Norway, New Zealand, and the UK, and writers focusing on Africa and Japan. When planning this issue, we were committed to highlighting the voices and perspectives of people most impacted and yet most marginalized by society’s political elite. Although we came short of our goals, we are incredibly honored to share strong articles about farmers in Bangladesh, Māori in New Zealand, Indigenous communities’ environmental knowledge and initiatives, as well as superb articles by youth, keenly aware of the impact this climate crisis has on their futures.

While all Shuddhashar’s magazine themes – racism, feminism, authoritarianism, or religious extremism, for example – are critical issues for our time, the climate crisis is undoubtedly the most urgent global threat. This crisis, and how we respond, will define us as humans. For the sake of our youth, there is nothing more important than this.

The 26th issue of Shuddhashar on Climate Crisis is published just as the 26th Conference of the Parties (COP26) begins in Glasglow. This climate summit will be attended by countries that signed the 1994 treaty of the United Nations Framework Convention on Climate Change. We must hold those countries accountable for the future of all of us – human and non-human – who inhabit this earth. 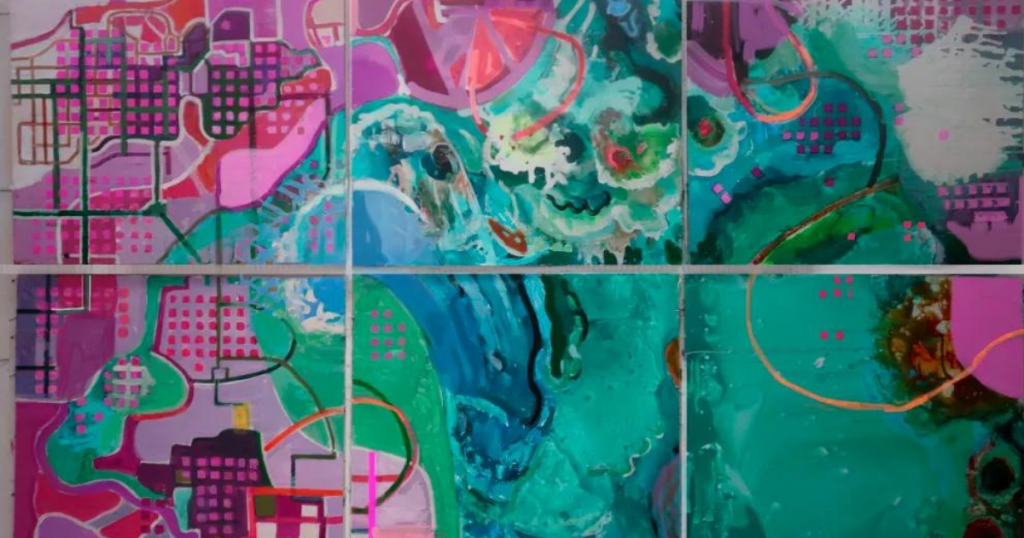 We live in head-spinning times. One the one hand there is the daily diet of news stories suggesting that human beings have become exceptionally powerful and destructive: we’re warming the oceans, melting the ice sheets, and driving countless other species into extinction. Given the extent of such anthropogenic changes, some scientists argue we’ve entered a …

Avoiding Anthropocentrism in the Anthropocene: On the Benefits of Embracing Humility in Confronting the Climate Crisis Read More » 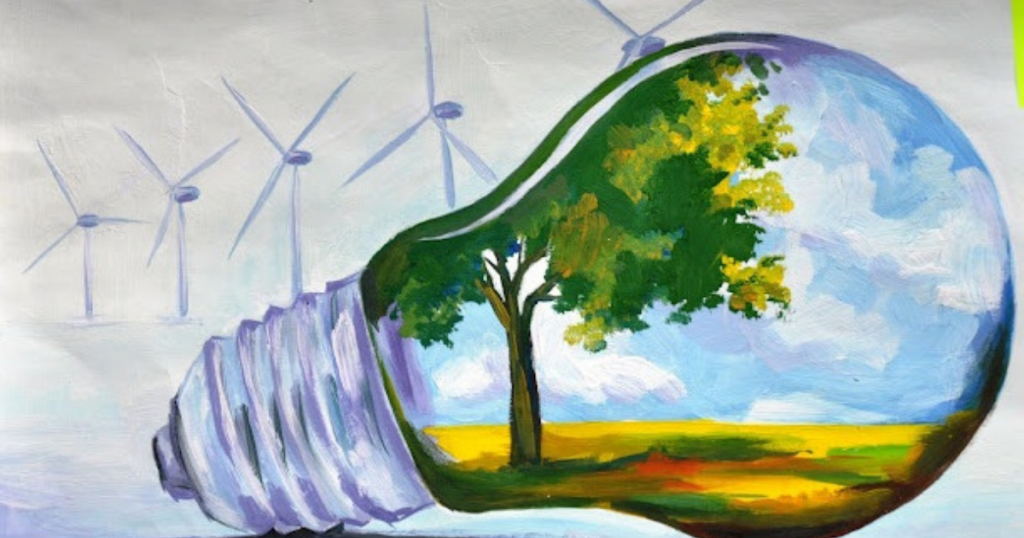 The UN-IPCC Report, “ARS Climate Change 2021: The Physical Science Basis” is a code red for humanity…The alarm bells are deafening. This report must sound a death knell for coal and fossil fuels, before they destroy our planet. U.N. Secretary-General António Guterres1 Our task is to look at the world and see it whole. E. F. … 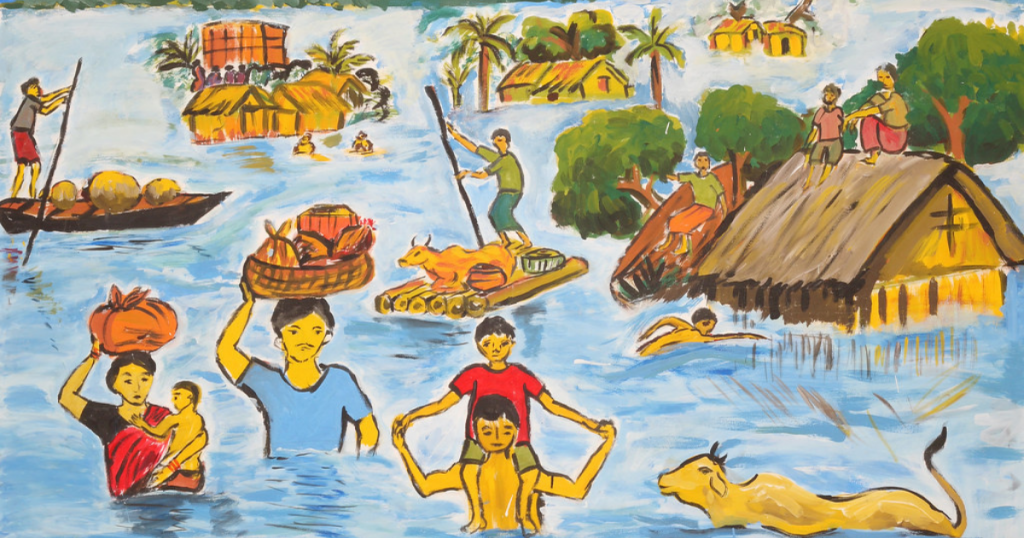 “There is not a single document in this country that does not start with ‘Bangladesh is the most vulnerable country to climate change,” quipped one European donor to me in 2014. Whether it’s true or not, it certainly reflects the ubiquity of narratives surrounding climate change and its threats to Bangladesh, particularly among the development …

The Climate Crisis is a Colonial Crisis Read More » 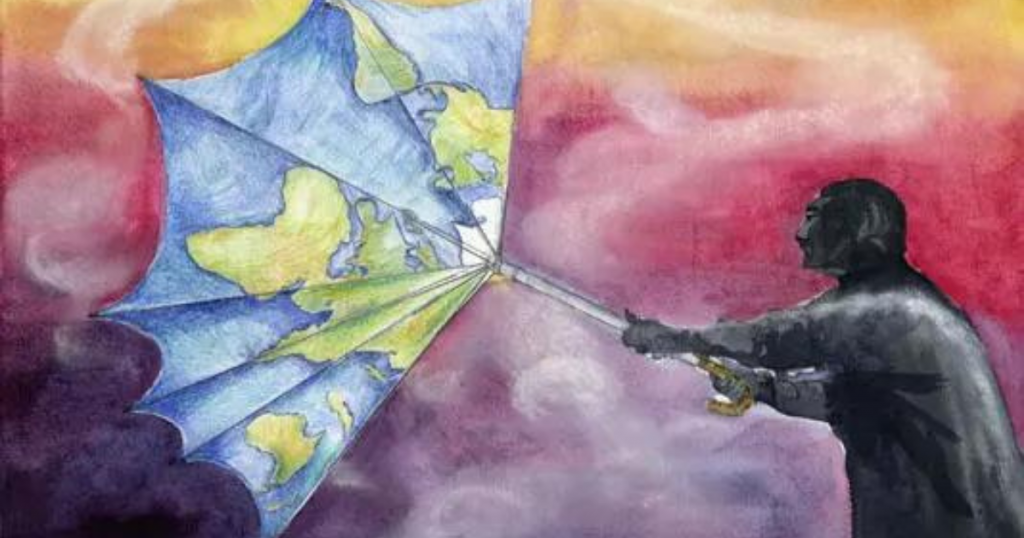 China has alternately played climate villain and climate hero in recent years. On the one hand, China’s leaders have made headlines for taking bold steps to slow carbon emissions and limit the worst impacts of a warming planet, like when they shut down some 70 Gigawatts of coal-fired power – more than the total installed …

Is China serious about its climate commitments, or just blowing smoke? Read More » 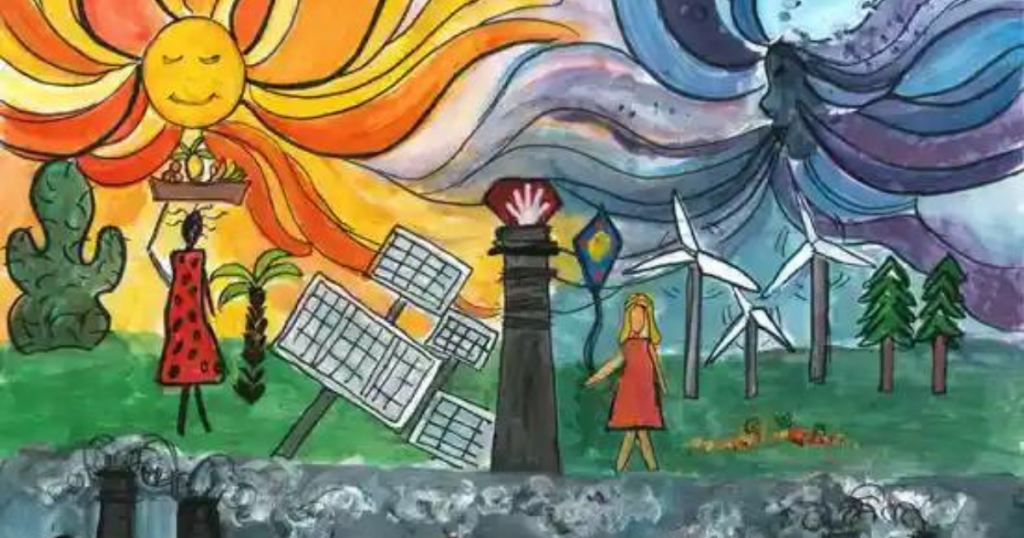 Indigenous people make up 5% of the world’s population and within the lands they live on responsibly protect 80% of the earth’s biodiversity. The term “indigenous” is a generic term, used in various contexts, in various parts of the world among linguistically and culturally diverse communities. These communities are also referred to as first peoples, … 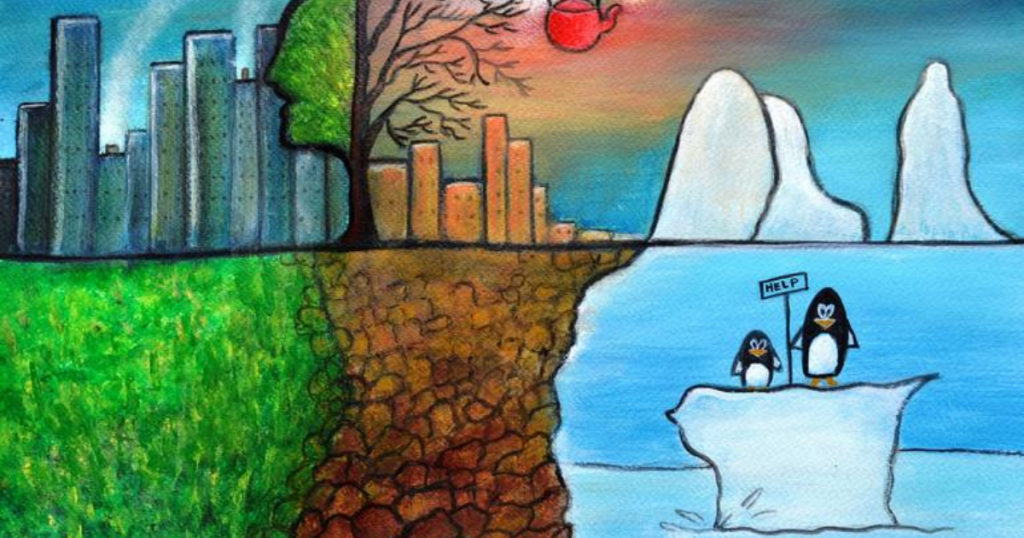 Given cumulative climate change impacts for Aotearoa New Zealand and the world, we know our locally generated, Māori-led, evidence-based, and action-orientated research over decades of effort, is enhancing taonga (treasured) species and starting to realise the long-held visions of kaumatua (elders) and healers to overturn the damage of unsustainable economies and polluting farming practices. However, … 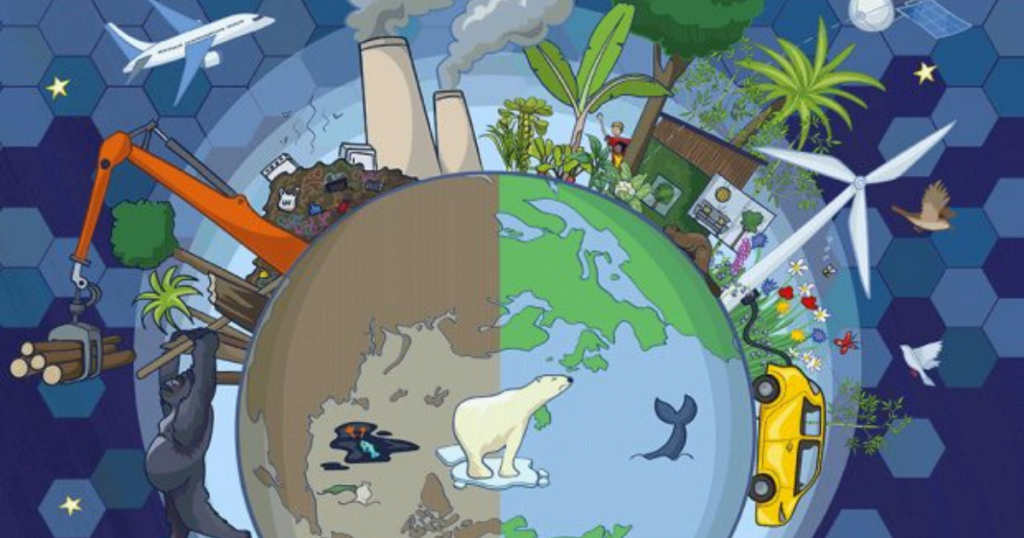 Climate change is real and happening now – the scientific data is overwhelming, and the global news is telling the story of fires, droughts, hurricanes, heatwaves, etc.  Yet despite this knowledge, despite all the international meetings, and all the emissions and sustainable development goal setting, humanity has made no significant movement on climate change.  Why?  … 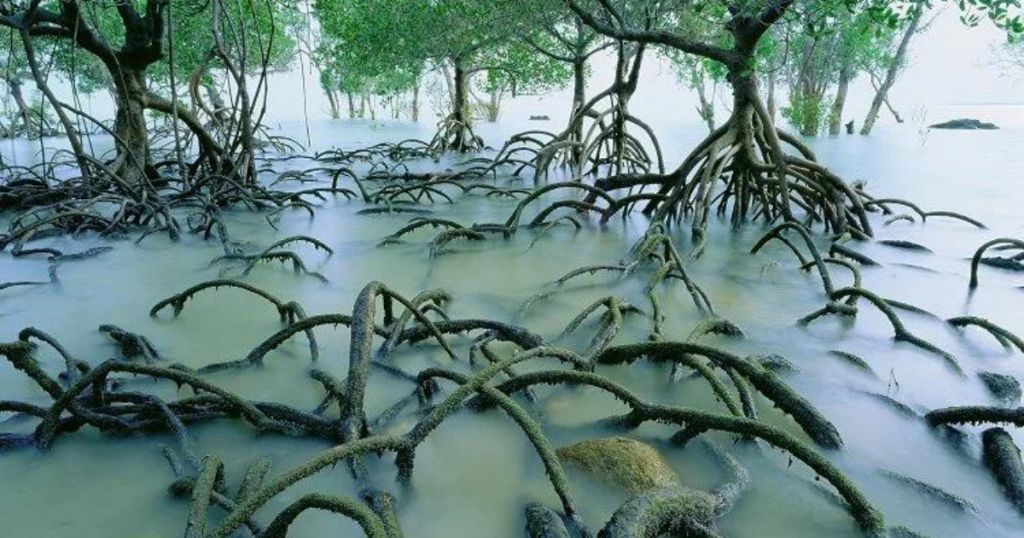 Perilously close to rising sea levels and vulnerable to floods, erosion, and cyclones, Bangladesh is one of the top recipients of development aid earmarked for adaptation to climate change. The common reading of Bangladesh as a victim of climate change assumes that as global warming increases, ice caps will melt, sea levels will rise, low-lying Bangladesh … 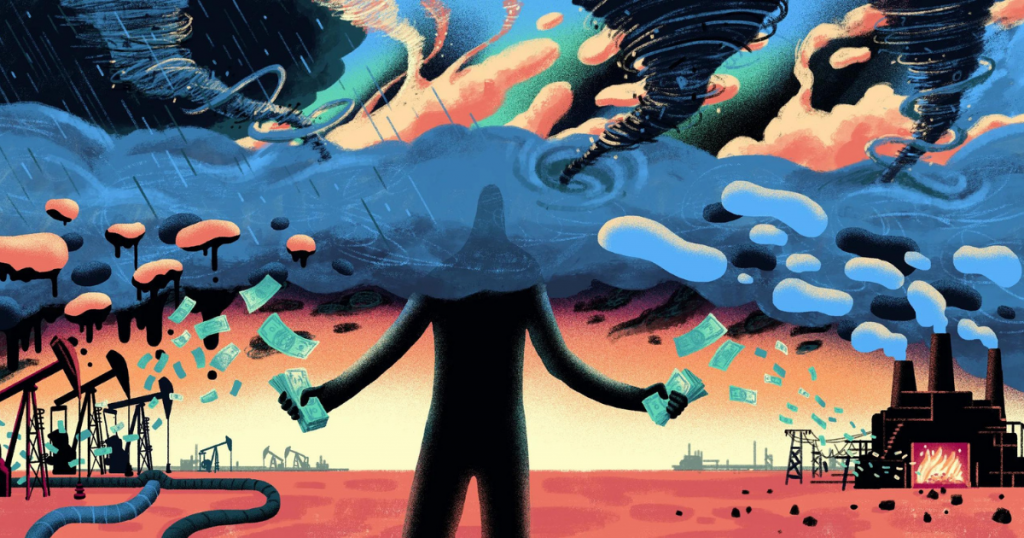 Despite years of scientific warnings, it appears that the world is reaching a critical juncture in what might be the greatest epistemological threat to the human species ever faced: the climate crisis. A United Nations Climate Change study released on October 27, 2020, revealed some impending inferences about the global climate crisis and its repercussions …

Climate Change and the Consequences for the African Continent Read More » 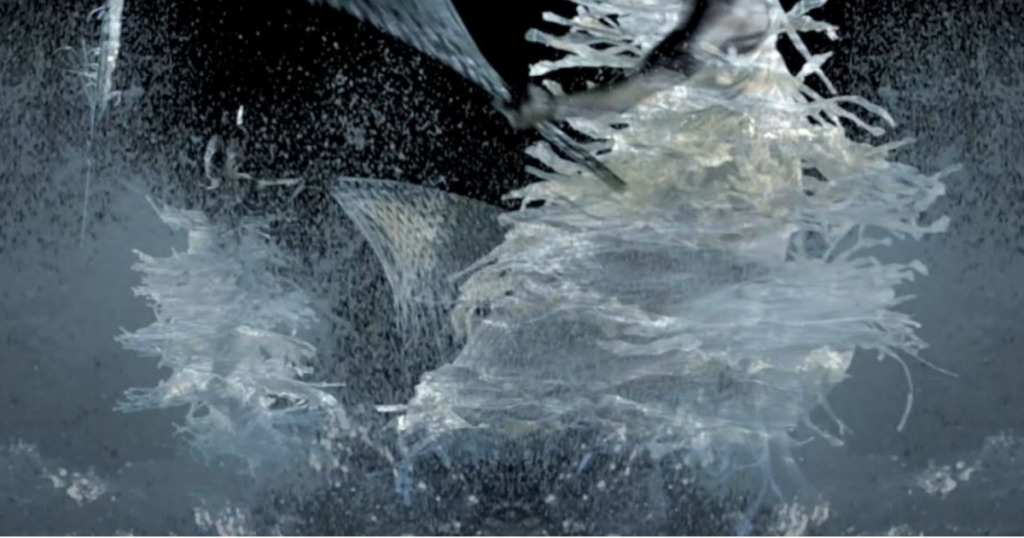 The Turbulent Present The English poet John Donne’s familiar phrase, ‘No man is an island entire of itself’, attests to a profound veracity that bears a special significance during times marked by widespread climate breakdown and biological annihilation, widening socioeconomic inequality, and the erosion of social cohesion amid the hyper-individualism of neoliberal capitalism. The prevalent …

The ‘Self’ is Always Already a ‘We’ Read More » 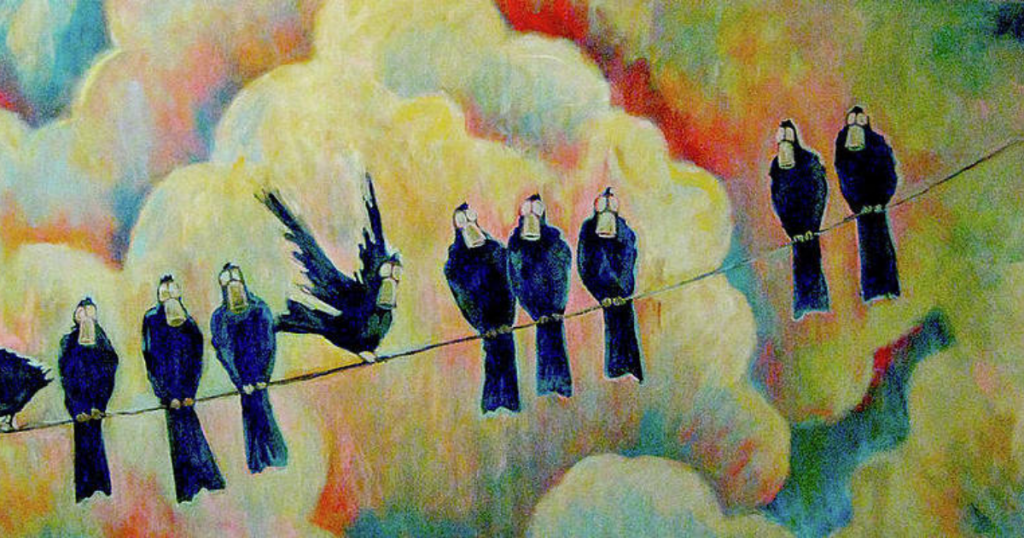 Talking about the weather is often the last resort for immigrants like me to get painfully reserved Swedes to start chatting. In this age of climate crisis, possibly being the most climate-conscious people in the world, Swedes love to talk about the vagaries of the weather: how a cold snap in late spring hampered wine …

The Climate Crisis: An Act of Epistemic Injustice? Read More »