What power does a document hold that it can determine one’s status, citizenship, gender or sexuality, race and ethnicity, rights and responsibility, future mobility, or access to wealth, education, healthcare, and legal protections? How and why do documents hold such absolute power over people’s lives?

These document…how are they obtained? Are they bestowed upon one by birth, or does one earn them? When is access – and associated rights and responsibilities – to documents denied, and what are the consequences to a person without documents, without the “correct” document?

It is an understatement to state that technology is rapidly advancing and being used to track and maintain all sorts of detailed and private documents, including health records, criminal records, employment histories, traffic violations, fingerprints, facial identification records, address, bank account, and on and on. In fact, an alarming initial response to the overturning of Roe in the U.S. was how private records on one’s phone could be weaponized if a woman became pregnant and sought an abortion. When records are easily accessed by the state or private citizens, privacy issues are a genuine concern. But so is the sheer power that various documents have over human lives and choices.

One needs a document to be part of society and access certain rights and social support. One needs a document to vote, to work, and to travel over borders. In many cases, if someone does not belong to one of the state-recognized gender categories, they cannot live with or marry someone they love, and they are not recognized by the gender with which they identify.

In today’s tech-obsessed world, we are witnessing people lose their ability to have an address or a document that proves their identity. In the U.S., would-be voters are expected to procure new types of documents to prove their eligibility to participate in one of the most important pillars of democracy. In India, residents who have lived and worked there for decades, in some cases before India was an independent nation, are now told to provide documents or become state-less. In China, where escapees from North Korea work or are forced into illegal marriages, sex trade, or unfair labor practices, live under the fear of deportation, imprisonment, and physical abuse.

Globally, the increased movements of people pose countless challenges in our document-obsessed world. Refugees who seek refuge in Western urban metropolises, after fleeing from persecution or devastation wrought by climate change or war, and victims of human trafficking often lack the necessary documentation to obtain a job, healthcare, a roof over their head, and everything else required to lead a life with dignity. Refugees, who may have fled with only a few, if any, documents, might have left behind their educational credentials and other evidence of their skills and qualifications – as doctors, nurses, technicians, engineers, and teachers. Or those documents are deemed irrelevant in host countries, leaving them with only menial job opportunities. Tragically, this is true even in host countries that lack sufficient applicants for skilled work, such as doctors, teachers, and information technology specialists. Documents, while affording some people protection and rights, can also be revoked, leaving a person in limbo.

Despite being the most educated generation in history, most millennials cannot afford a home because of the exorbitant housing prices. Those who cannot afford to pay exorbitant prices, or who suffer from mental illnesses and physical disabilities, or who do not have steady incomes, have precarious situations. Municipalities often deny financial support to those not registered at an address or those with no social security number. One cannot get a social security number if one doesn’t have an address. Without a social security number, one cannot open a bank account, get a job that pays a livable wage, or sign a contract for an apartment. Making matters worse, the state-funded social services that used to take care of vulnerable people are defunded in order to fund the law-enforcement agencies who treat the homeless with punishments instead of compassion and solutions. What a Kafkaesque situation!

This special issue of Shuddhashar takes a critical look at the role and power of documents in our societies and in our highly unequal global order. Contributors write about Africans and North Koreans in China, Rohingya in Bangladesh, Mexicans in the U.S, and nationless Tibetans. Authors consider homeless mothers in Sweden, the traumas of leaving homes behind, the invisible suffering of volunteers, registration obstacles for trans people, human trafficking, and drowned asylum seekers in the Mediterranean.

In these and many other contexts, documents emerge as keys and as obstacles. Contemplating documents and the conditions of being paperless reveal critical insights into society’s current views about identity and humanity. 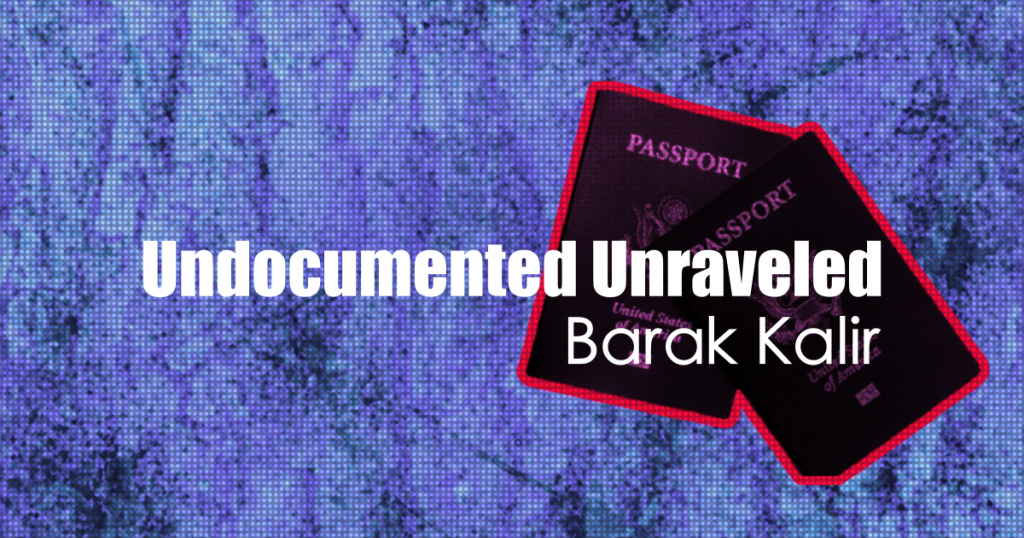 Documents, it seems, are states’ best friends. They can be placed on top of heavy moral issues, burying them effortlessly under their officious weight. Worldwide there are said to be more than 11 million ‘undocumented’ people. In the context of international migration and asylum seeking, being ‘undocumented’ can have devastating consequences for one’s chances to … 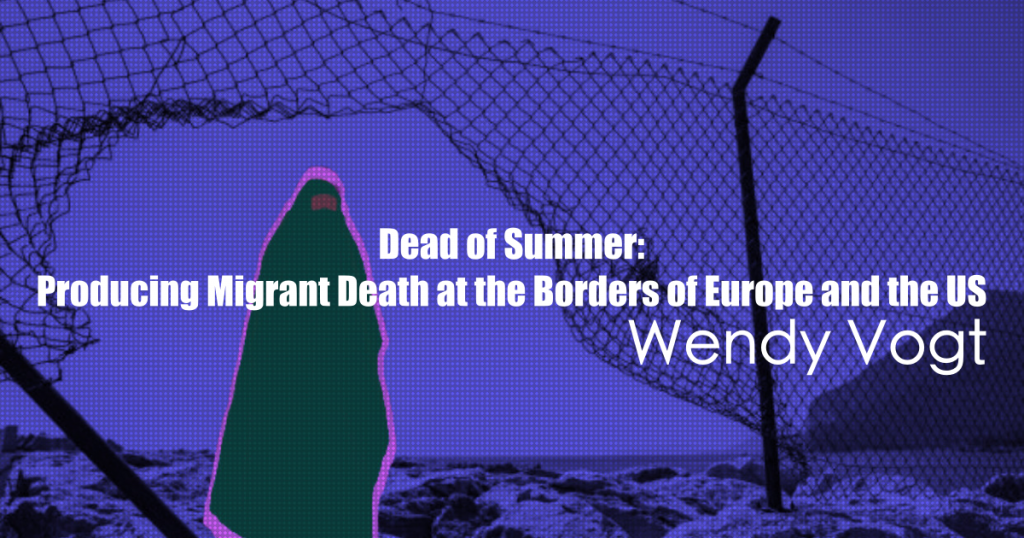 In early June of this year, I visited the local headquarters and workshop of a street vendors union and social justice organization in Barcelona, Spain. Most of the vendors, who are known throughout Spain as “manteros” for the mantas/blankets they use to display the goods they sell, are from sub-Saharan Africa. Street-vending in the informal …

Dead of Summer: Producing Migrant Death at the Borders of Europe and the US Read More » 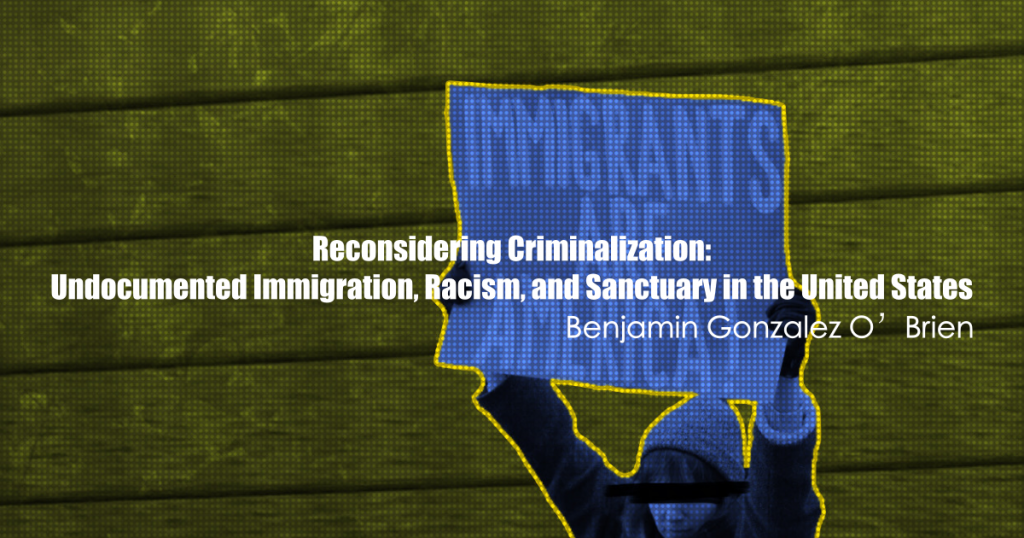 In the United States, as in many other countries, the undocumented exist in two simultaneous worlds. In one, they are a part of the social fabric of their communities, neighbors, co-workers, friends, and family. In the other, they are perpetual outsiders, marginalized “illegals” who are demonized as criminals, burdens on the economy, and threats to … 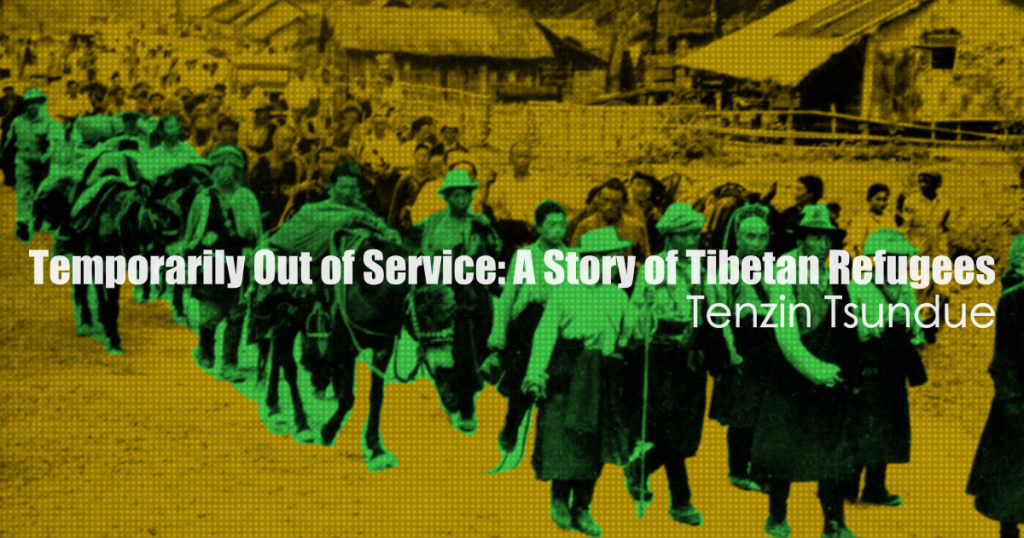 I have three papers. The blue book called RC (Registration Certificate) with my fingerprints, a sepia photo, and other details that say I was born in India and lived all my life in this country. The second one, also issued by the government of India, the Yellow Book – IC (Identity Certificate), is my travel …

Temporarily Out of Service: A Story of Tibetan Refugees Read More » 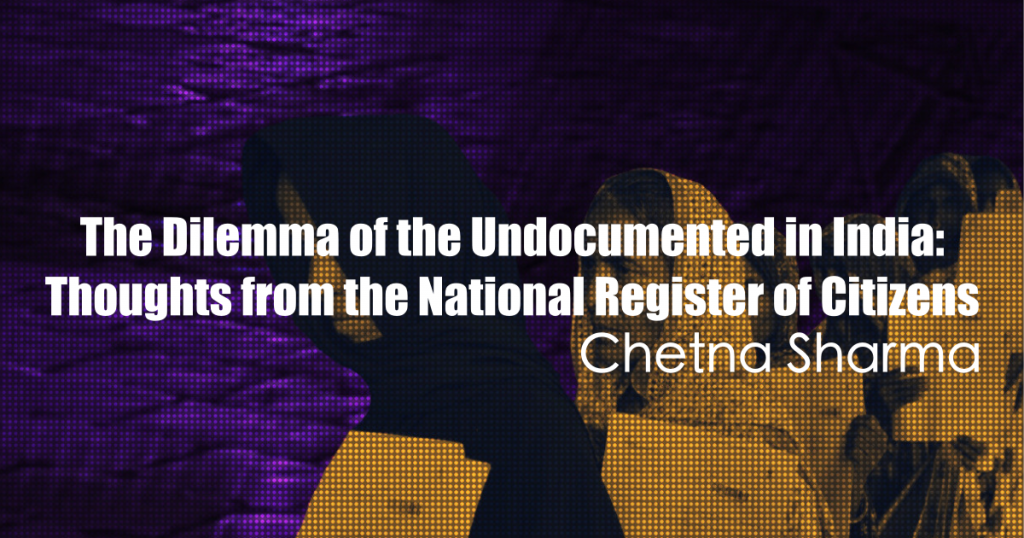 In order to distinguish between genuine citizens – those who have documents, and those who lack sufficient documentary proof to demonstrate citizenship – a unique exercise of preparing a National Register of Citizens (NRC) was undertaken in the Indian state of Assam. A fundamental division between individuals whose legal status is secure and those whose …

The Dilemma of the Undocumented in India: Thoughts from the National Register of Citizens Read More » 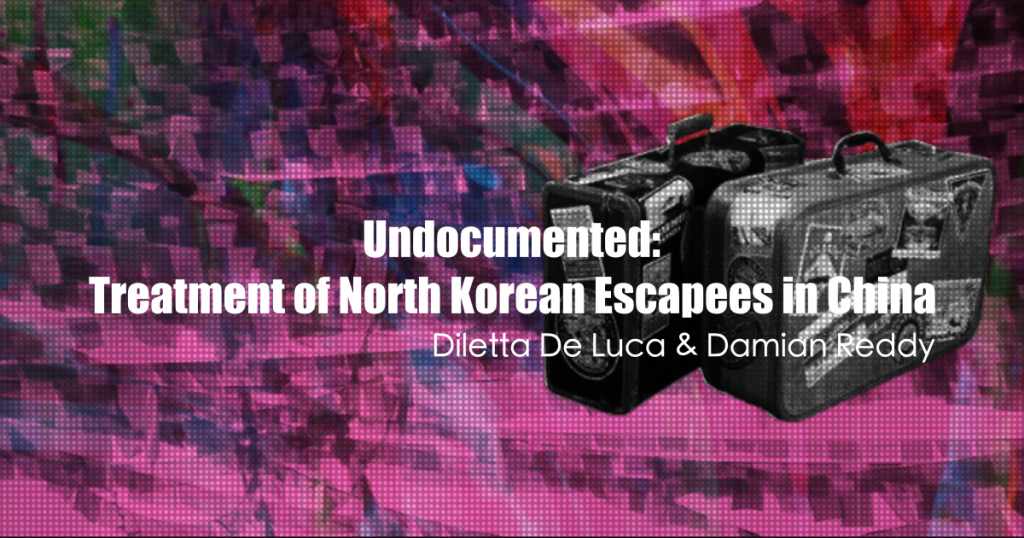 North Korea remains one of the most secretive countries in the world. While the country is often mentioned in the media for its military capabilities and nuclear threats, the human rights issues and humanitarian challenges faced by the North Korean people receive less attention. The people of North Korea suffer serious human rights violations, including … 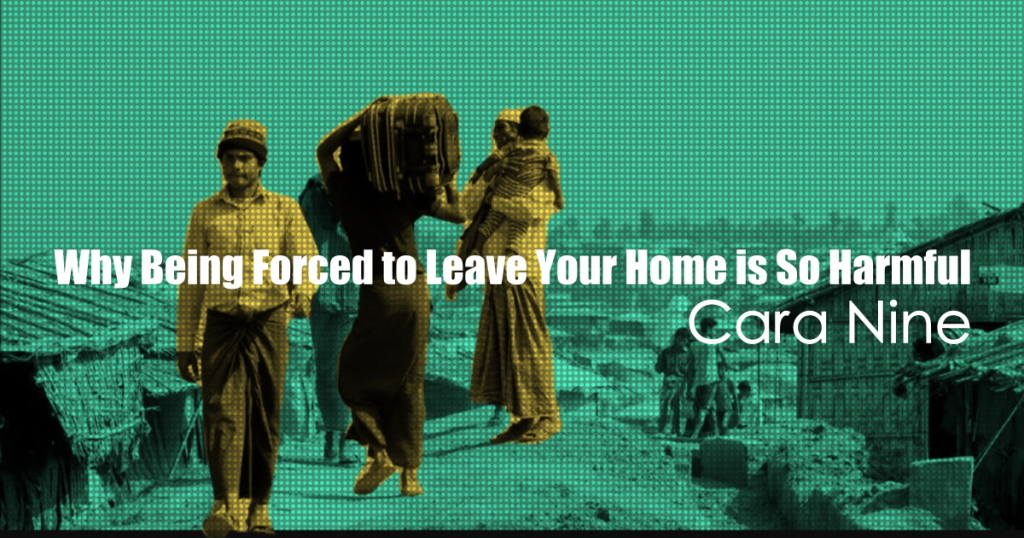 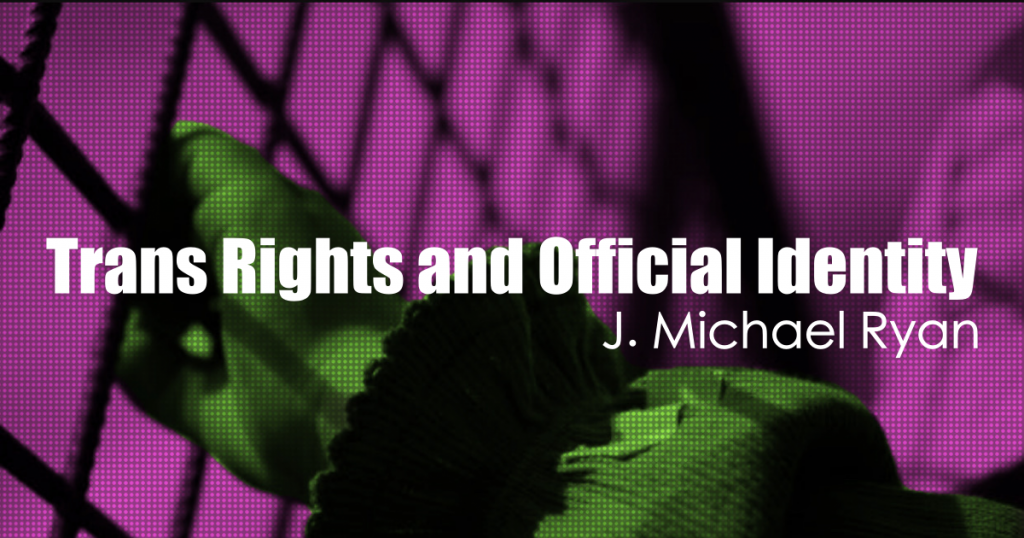 For individuals whose identities fall outside of socially accepted norms, life can be difficult; for those whose identities fall outside of legally recognized identity options, sometimes even more so. The recognition of who we are as individuals is widely viewed as a fundamental human right…at least in the abstract. Most leading international organizations, including the … 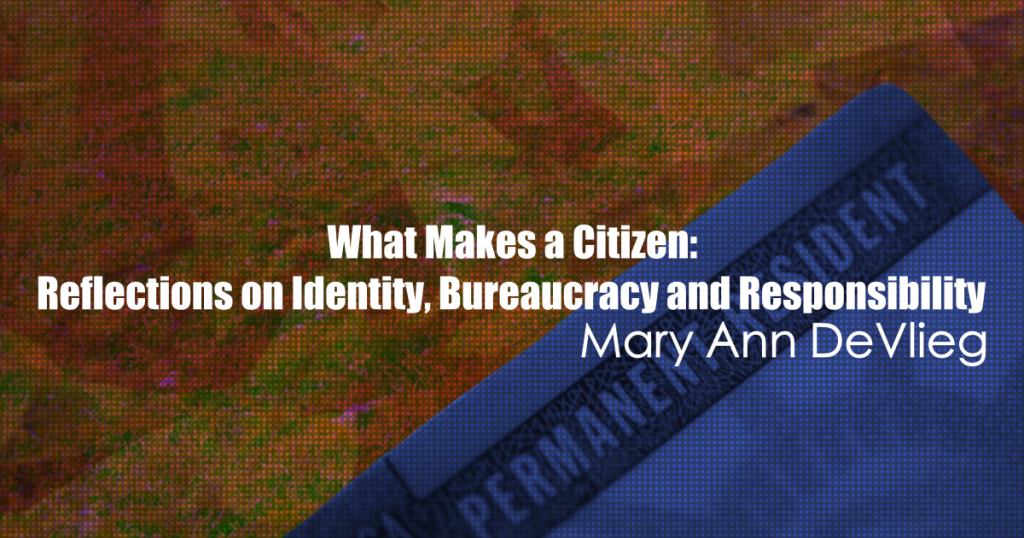 I hold two passports, but I have lived for long periods in four countries.  In my first country, the country of my birth, I was young; I contributed nothing to my country.  I was, however, a citizen.  When I moved to country number two, I became a civic organiser, I founded three cultural organisations that …

What Makes a Citizen: reflections on identity, bureaucracy and responsibility Read More » 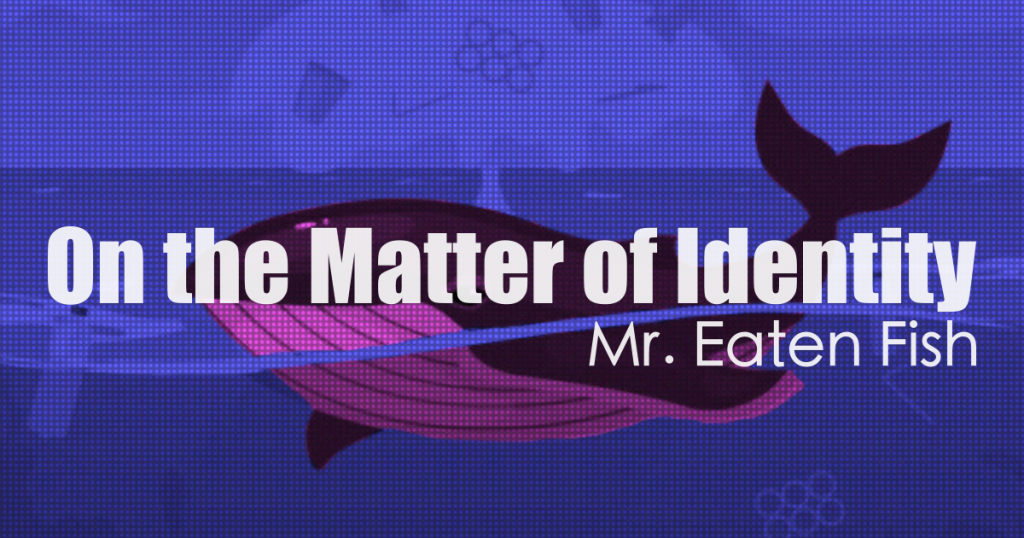 This is my understanding of the matter of identity. I don’t exactly know who has the power to do such a thing. Who has the power to give rights and take away rights. We call them politicians, dictators, immigration departments, and human rights organisations. I don’t know how they got so much power… There’s a …

On the Matter of Identity Read More » 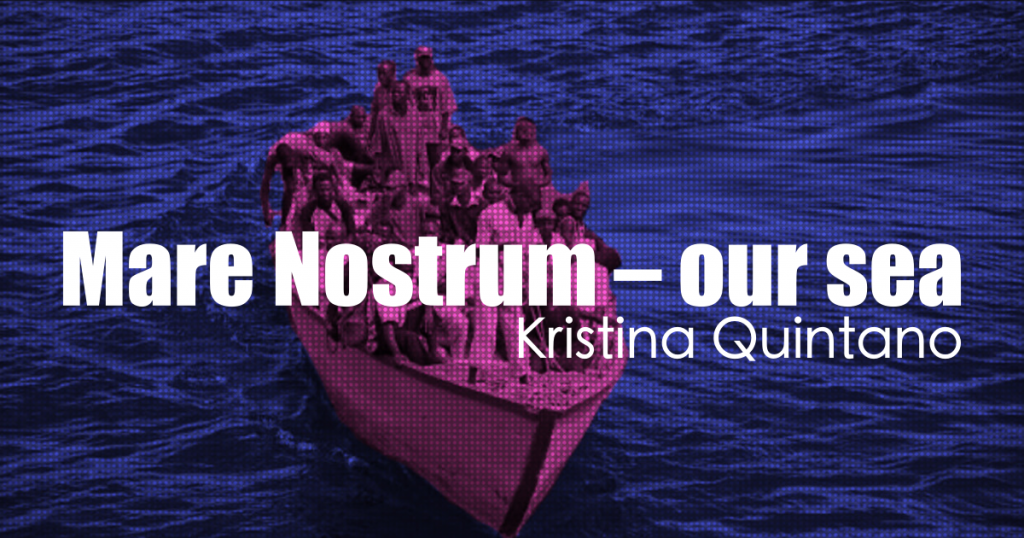 Islands are defined by the sea that surrounds them. The sea opens up boundless possibilities for transport and travel but also helps set boundaries and separate the islands and ports from the world around them. The history of the Mediterranean is a tale of ports and cities on three different continents; it is a story …