To believe that greater visibility on the part of LGBTQ individuals—however courageous their actions might be—will lead inevitably to greater enlightenment or tolerance in these regions/countries is a form of magical thinking. 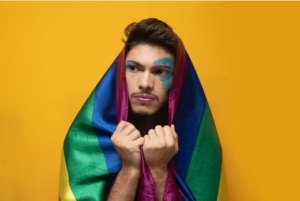 On the weekend of February 27, 1988, nearly 200 gay and lesbian activists met in Warrenton, Virginia, a small town 50 miles outside of Washington, D.C. (“Gay Rights Leaders” 1988). Organizers dubbed the gathering a “war conference” to express their sentiment—a belief held by many gay Americans at the time—that the federal government’s “callous and criminal response” to the AIDS epidemic represented nothing less than an act of war against the LGBTQ community (War Conference 1988, 1). As the meeting’s “Final Statement” (which is commonly known as the “Warrenton Declaration”) noted, “Our community is facing unprecedented threats. Not only do we daily face the homophobia that has cost lesbians and gay men … their lives, but we have now seen our community decimated by the scourge of AIDS” (War Conference 1988, 1). The Warrenton Declaration outlined a movement agenda that underscored organizational logistics, especially fundraising and mass-media strategies, that would help the LGBTQ community mobilize efforts to combat the AIDS epidemic.

The Warrenton Declaration did not—perhaps could not—envision the LGBTQ rights movement’s eventual shift in the United States from prioritizing the fight against HIV-AIDS to emphasizing legal campaigns to repeal sodomy laws and to promote marriage equality. Nevertheless, it proved more prescient in its fourth and final recommendation, which supported creation of a national “coming out day” (War Conference 1988, 4). By calling for a coming out day to foster individual affirmation and communal solidarity, the Warrenton Declaration represented the importance that “new social movements” were placing, and would continue to place, on collective identities and emotional expression as critical strategies for achieving movement goals (Jasper 1997; Melucci 1996).

This article will trace the development of Coming Out Day in the United States and elsewhere. However, without denying the psychological and emotional benefits that can result when an LGBTQ individual comes out, the following discussion will also critique Coming Out Day as a social movement strategy where cultural, religious, and/or political circumstances make public expressions of certain types of sexual orientation and/or gender identity difficult or impossible.

Coming Out Day has become an international phenomenon, illustrating an older conception of “globalization” that stresses the ability of cultural change and social movements to transcend increasingly permeable national boundaries (Staggenborg 2016). The authors of the Warrenton Declaration understood that coming out was a “process, not a single event” (War Conference 1988, 4). They also recognized that coming out could take many forms—whether it was acknowledging one’s sexual orientation to a family member or coworker, joining a “gay organization,” becoming an “activist,” or even engaging in “civil disobedience” (War Conference 1988, 4). Whatever form it took, coming out was seen by the LGBTQ community as an important psychological milestone. It was—and still can be—a clarifying and liberating experience during which individuals reveal their true selves to their families and communities (Coleman 1982), an act of collective consciousness raising that shares much with other social movements dating back to the 1960s and 1970s (Brownmiller 1999; Reed 2019). In a more myopic vein, the authors of the Warrenton Declaration used the imperative word “must” twice in the brief paragraph about coming out (War Conference 1988, 4). This burned-bridge insistence about disclosing one’s sexual orientation failed to consider any of the costs that an individual might incur for doing so, an odd omission given that Harvey Milk—the openly gay San Francisco politician who had also insisted the gays and lesbians must come out of the closet—had been brutally assassinated only ten years before (Shilts 1982).

The first Coming Out Day in the United States was held on October 8, 1988, to coincide with the anniversary of the 1987 National March on Washington for Gay and Lesbian Rights, a widely publicized political rally that included the first display of the NAMES Project AIDS Memorial Quilt (Hirshman 2012; Human Rights Campaign, n.d.). Many of the activities now associated with Coming Out Day are coordinated by the Human Rights Campaign, a nonprofit organization based in Washington, D.C. that promotes equality and dignity for the LGBTQ community. An annual observance in many other Western countries, Coming Out Day is a celebratory occasion that provides opportunities for identifying and taking pride in one’s sexual orientation and/or gender identity. By enhancing visibility, these self-expressions function ideally as a way to diminish the stereotypes and misinformation that mainstream society possesses about the LGBTQ community.

Consistent with the postulates of new social movement theory, Coming Out Day has had a positive impact over the past three decades. It has helped to create and enhance a collective identity, “the sense of shared experiences and values that connects individuals to movements and gives them a feeling of collective agency,” a strength-in-numbers strategy for ameliorating social injustice (Staggenborg 2016, 25). Some commentators, though, have criticized this approach to achieving movement objectives. As Mitchum (2013) avers, the process of coming out can benefit a group more than an individual. In other words, instead of asking society to address and condemn the sources of oppression and discrimination, individuals are asked to bear the burden of such treatment for the good of the whole (that is, the LGBTQ community) in exchange for limited (if any) psychological and emotional growth.

To be sure, asserting that coming out is an indispensable component of social justice movements is untenable if expressions of non-heteronormative sexual orientations and/or gender identities trigger hostility and repression. In the United States, regions where evangelical Christianity has been a dominant cultural force (such as in the Deep South—the states of Alabama, Georgia, Louisiana, Mississippi, and South Carolina) have exhibited minimal tolerance for individuals who defy a set of narrowly prescribed norms pertaining to sexual object choice and gender. The same is often true for rural areas that have had few encounters with—and commensurately suspicious attitudes toward—diversity (Barton 2010; Witt, Thomas, and Marcus 1995). Thus, it is one thing for LGBTQ activists to encourage individuals to come out in Boston, New York, or Los Angeles, but quite another to ask those living in the hamlets of Alabama or the plains of Kansas to do likewise.

In many other countries, members of the LGBTQ community have even less freedom to publicly identify themselves with nonconforming sexual and/or gender identities. According to the Human Dignity Trust, an international organization devoted to legally defending the human rights of LGBTQ individuals, seventy-five countries (“jurisdictions”) criminalize “private, consensual, same-sex sexual activity” (Human Dignity Trust, n.d.). For example, in Zimbabwe, such activity can result in one year in prison; in Libya, five years in prison; in Kenya, fourteen years in prison; in Malaysia, twenty years in prison; and in some countries—Bangladesh, Sierra Leone, Tanzania, Uganda, and Zambia—life in prison. Worse still, the death penalty—including death by stoning—can be imposed in other countries (Afghanistan, Iran, Mauritania, Nigeria, Pakistan, Qatar, Saudi Arabia, Somalia, Sudan, United Arab Emirates, and Yemen). Moreover, fifteen countries explicitly criminalize “the gender identity and/or expression of transgender people” (Human Dignity Trust, n.d.). Even in countries such as Russia where there are no official proscriptions against same-sex sexual activities or expressions of particular gender identities, state-sanctioned violence and discrimination against LGBTQ individuals is common (Petrov and Kirichenko 2009). All of this flies in the face of the 2011 resolution passed by the United Nations Human Rights Council that recognized LBGTQ rights, a necessary and important measure, but one that lacks any real means of enforcement (United Nations Office of the High Commissioner for Human Rights 2012).

In light of the punitive consequences noted above, it would be intellectual arrogance and political naïveté to endorse coming out as a global strategy for advancing LGBTQ rights. This is especially the case where heteronormative religious traditions are embedded throughout society—and/or where state actors foment an anti-LGBTQ climate in order to curry support from various groups and institutions. LGBTQ individuals risk potential discrimination, injury, imprisonment, and even death if they come out in such situations. To believe that greater visibility on the part of LGBTQ individuals—however courageous their actions might be—will lead inevitably to greater enlightenment or tolerance in these regions/countries is a form of magical thinking.

This does not mean that coming out has been a failure, either in terms of promoting individual self-acceptance or creating a sense of collective agency. Nonetheless, a telling irony often goes unnoticed or unremarked. In short, being able to come out without facing dire repercussions is possible only where political and social conditions have already progressed to a point where basic legal and human rights are acknowledged and enforced. Furthermore, this is not limited to countries where the penalties for certain offenses are life imprisonment or execution. As of this writing, a majority of the states in the United States do not have laws that protect individuals from employment discrimination on the basis of sexual orientation or gender identity. This is significant not only because it endangers a person’s livelihood, but also because losing one’s job is often tantamount to losing one’s health insurance.

A final caveat is in order. Even in the most progressive areas and countries, coming out can risk ostracism by one’s family and/or friends. Assessing the likelihood of such an outcome, as well as its emotional and psychological costs, must be determined by each individual based on their unique circumstances. To suggest—from a social movement perspective—that a collective identity can or should compensate for the negative ramifications of a temporary or permanent dislocation from one’s family and/or friends is to flirt with fetishizing self-sacrifice.

That members of the LGBTQ community can observe and (if desired) participate in Coming Out Day, Gay History Month, and Pride marches in various parts of the world is surely a sign of progress. The freedom to express one’s identity (and to be empowered in the process) is what new social movements envisioned and continue to advocate. Among other things, LGBTQ individuals can wear rainbow buttons, display rainbow flags on their homes, and affix rainbow decals to their automobiles. Indeed, the phrase “the personal is political” was and still is used to describe the broader changes that can result from exercising personal autonomy (Hanisch 1970). But, as this article has attempted to demonstrate, we should also remember that the political is personal—that it is dangerous to characterize LGBTQ rights purely in terms of the centrality of visibility without regard to personal stakes. Those of us who can be visible must realize that pride in oneself (whether kindled internally and/or acknowledged externally) does not obviate the necessity for legal protections, access to economic benefits enjoyed by others, and/or to be treated with the dignity that all human beings inherently deserve. Until all people can come out without fear of persecution, we cannot be satisfied with a world in which that option is available only to some people.

Brownmiller, Susan. 1999. In Our Time: A Memoir of the Revolution. New York: Dial Press.

Petrov, Igor, and Ksenia Kirichenko. 2009. “Discrimination Based on Sexual Orientation and Gender Identity in Russia.”

Witt, Lynn, Sherry Thomas, and Eric Marcus, eds. 1995. Out in All Directions: The Almanac of Gay and Lesbian America. New York: Warner Books.

A. Scott Henderson is the William R. Kenan Jr. Professor of Education at Furman University in Greenville, South Carolina, USA. Over the past thirty years, he has taught a variety of courses pertaining to modern U.S. history, gender studies, and secondary education. He is the author of articles dealing with LGBTQ history and pedagogy, as well as books on the history of social policy in the U.S.

2 thoughts on “The Political Is Personal: Limitations to Coming Out as a Social Justice Strategy ”