Fadi Abou Hassan (FadiToOn) is an award-winning and widely published political cartoonist. In his cartoons, images of social and political contradictions swirl around the world’s conscience and humanity. His cartoon’s themes address freedom of expression, democracy, human rights, poverty, war, climate change, women’s rights, and many other critical topics. He comments on everyday life and political events in Syria and the Middle East, and more broadly about the refugee crisis, racism, war, hate speech, and social media.

Images can sometimes speak when words fail us; they provoke thought and raise questions. For these reasons cartoons can be powerful weapons for critiquing societal ills and political hypocrisy. Fadi’s cartoons not only express political views, they also express anger, grief, and embarrassment.

Fadi is from the stateless country of Palestine, where people become refugees once they are born. As a refugee, Fadi lived in Syria for several years. Although the Arab Spring broke the silence of fear among people, many paid a high price for speaking out. For his cartoons, Fadi was imprisoned, intimidated, and tortured, and he fled Assad’s regime in 2011. He currently lives in Norway as an ICORN guest writer. -Editor 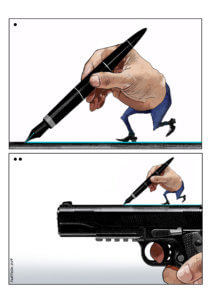 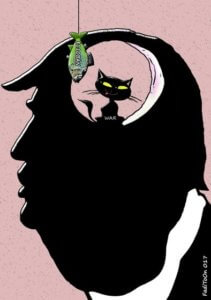 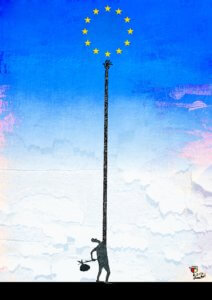 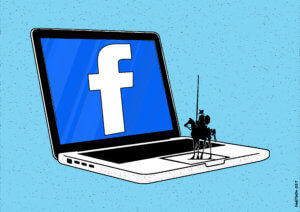 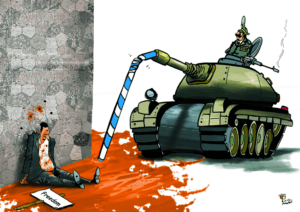 Shuddhashar (শুদ্ধস্বর) was established in 1990 at the advent of the little magazine movement in Bangladesh as an independent magazine and periodical of anti-establishment writing, working towards a broader socio-cultural movement.