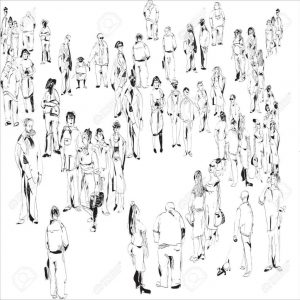 How we perceive things is everything. Perception powers movements; it encourages stagnation; it informs the masses. What I learned and observed about Sweden in regards to the refugee crisis is not worrisome because of how it is perceived. It is worrisome because it seems that the Swedish public has denounced perception itself. They cringe at the thought of serious discussion, and flinch when anyone tries to rouse them to confront their true perceptions. To the Swedish public, ignorance is bliss.

This, at a base level, can be likened to cultural relativism. Cultural relativism is foundational to modern day anthropology. It dictates that one culture is not superior to another, especially in legal, political, and moral scopes. Anthropological history has seen a dark time of cultural exceptionalism, when cultures were valued on a scale of ‘lesser’ to ‘greatest,’ and the cultures from which the anthropologists came were considered the most ‘exceptional’.  Cultural exceptionalism places one culture above another upon some perceived notion of superiority. This is basically the opposite of cultural relativism. So, then, cultural relativism is not only integral to modern cross-cultural thought, but it represents a decidedly positive evolution of that cross-cultural thought.

However, what is to happen when this idea of cultural relativism is taken to the extreme? When it has been taken advantage of? This, in my opinion, is where the Swedish public rests today.

For reasons that many speculate about, the Swedish people wholly refuse to pass judgement on other cultures. To be a Swede is to be neutral. To be a Swede is to be open. And so, of course, no other culture may be judged, denounced, or imposed upon. But when this mentality meets the staggering influx of refugees that have arrived in Sweden since 2015, complications arise. First, we can consider the empirical difference between Swedish culture and the cultures from which the refugees emigrate. Somalia, Syria, Lebanon and other Northern African countries are the homes of the majority of refugees in Sweden. Islam permeates through all these cultures. This means these refugees come from countries with high religiosity, highly confrontational, highly conservative and gender-normative cultures. They bring this culture to Sweden: the low religiosity, low confrontation, low conservative and anti-gender-normative capital of the world. With characteristics like these at odds, it’s intuitive that these cultures may clash. However, when Swedish public and Swedish legislature fail to acknowledge these differences, they contribute to their own collapse.

In addition to this basic conflict between cultures, there is also a basic misunderstanding on the part of the Swedish people. Islam is a highly-charged faith in our modern day, and the connotations are easily exaggerated when people don’t have proper knowledge about the religion, the cultural practices, and its diversity. Since the Swedes are so adamant to turn a blind eye to the refugees, they also turn away from educating themselves about the people whom they call their neighbors. The differences between Al Qaeda, militants, and the Muslim Brotherhood are overlooked. The relationship between the Islamic faith and an Islamic political system is not acknowledged. The real existence of extremists in Sweden is ignored. Without any attempt to understand even the basics of the cultures and religions of the immigrants, a dangerous lack of knowledge results. This leads to a public that can both underestimate and overestimate the threat of extremism. This leads to a lack of understanding of the actual diversity of practice and perspectives among Muslims. This leads to a fundamental inability to create any type of true multicultural society. This is yet another facet of the Swedish approach to immigrants that leads to only negative consequences.

Let us also consider the label ‘Racist.’ This term has been readily used in public discourse surrounding the refugees and has only contributed to the crippling cultural relativism to which the Swedish public subscribes. Anyone who steps into the public eye and criticizes the practices of the refugees, calls them into question or even opens a discussion, is ultimately if not immediately labeled racist or Islamophobic. This has, for one, stagnated the discussions of morality. Though not all parts of any culture are negative, some of the cultures of the immigrants bring issues of honor culture, female genital mutilation, and women’s rights to the forefront. Issues that would never have been considered in the culturally homogenous Swedish past are suddenly glaringly relevant. But because of the fear of being labeled racist, Swedes hesitate to question the moral values of these practices.

Paradoxically, in the Swedes’ attempts to avoid being racist, their actions reveal a type of ‘low expectation racism.’ They tell themselves that they should expect nothing more from the immigrants because of their culture or because of their faith. This low expectation racism contributes to the strained relationship between ethnic Swedes and immigrants. This form of racism also contributes to the negligible state of immigrant and refugee life in Sweden. Because the Swedish people expect nothing more from immigrants, they ignore the crippling control that crime has over many of the so called ‘no go zones’ that are populated entirely by immigrants. Because they don’t ‘expect’ the immigrants to get high-skilled jobs that contribute to the welfare state, they leave the refugees to live unemployed for years. Because they don’t ‘expect’ the immigrants to integrate properly into Swedish society–don’t ‘expect’ them to learn the language, don’t ‘expect’ them to adapt to the culture–they watch as parallel societies develop and further seclude the immigrant population. In a way, all the problems that Sweden as a society has faced with the Refugee Crisis have been exacerbated by low expectation racism. All because of their expectations. All because the Swedes, yet again, simply turn away.

This fear of being perceived as racist is further affecting the cultural practices in Sweden. As refugees continue to populate Sweden, the day-to-day lives of the two cultures inevitably clash. One simple example is in the bath houses. Sweden is famously open in regard to sexuality, the human body, and gender. This manifests in the mixed-gender bath houses. However, members of the refugee community have declared that bath houses should be segregated. From their perspective, this is intuitive, for the gender roles and expression of the body are much stricter in many of their cultures. Because of this fear to be contrary to any other culture—paired with the Swedish tendency to avoid conflict—the Swedes tend to back down and concede to the demands of others in issues like these. What are the implications of this simple example? If a fear of being considered racist leads Swedes to making concessions in integral aspects of their culture, will they change the very definition of what it means to be a Swede? All in the name of appearing neutral? How far will it go?

There are many factors that make the relationship between Swedes and refugees what it is today. The understanding and treatment of culture is only one piece of the puzzle. But we mustn’t deemphasize the importance of perception. And not just of having a perception, but of sharing that perception. Cultural relativism is important. It is necessary in our curriculum as citizens of the world. However, perhaps Sweden can act as an example of theory being put into nationwide practice. It is ignorant to say that Swedes have no opinions about the influx of immigrants entering their society, their practices, and their integration. The perceptions do exist. However, if the Swedish people continue to deny their perceptions, hiding behind Swedish neutrality and cultural relativism, there will be real economic, social, political, and cultural consequences. The welfare state will strain, political discussions will reach stalemates, and multiculturalism will be impossible to achieve.

The future of Sweden cannot be based exclusively on cultural relativism. There must be a balance between relativity, cultural exchange, critical discussion, and progressive multiculturalism. Sweden, as it is, doesn’t seem to have achieved that balance. Change in this respect, is necessary. The question now remains: how does Sweden change?

Stephanie Arrington has a B.A. in Anthropology and Communication Studies from Furman University. She has also studied in Stockholm, Sweden with a focus on the refugee crisis, the Swedish welfare state, and issues of security and policy that are relevant to Swedish society and beyond.